Viewers of the hit ITV soap will know Gail Platt (played by Helen Worth) currently has no idea that her son Nick Tilsley (Ben Price) has become embroiled in Leanne Battersby’s dodgy crimes. The desperate mother got involved in Coronation Street’s drug dealing storyline thanks to her son Simon Barlow (Alex Bain). Although she sought police involvement and got dangerous dealer Harvey locked up, she knows her and Simon are at risk if they stay where they are. And when Gail finds out they have all fled the cobbles, she makes some big decisions.

In upcoming scenes, viewers will see a devastated Gail learn that Nick has done a flit with Leanne and Simon without even saying goodbye.

Nick’s ex Natasha Blakeman (Rachel Leskovac) later asks Gail if she’d look after her grandson Sam (Jude Riordan) for a couple of hours, leaving Gail thrilled to be spending time with him.

Over a glass of wine, Gail assures Natasha that she’s family now, no matter what happens between her and Nick.

Viewers know Natasha had her sights on Nick in recent episodes, hoping to reunite with him and have her family together. 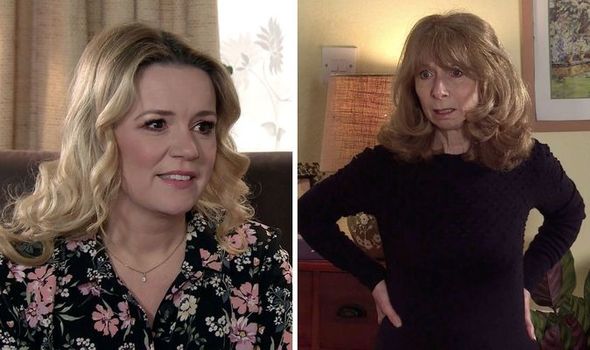 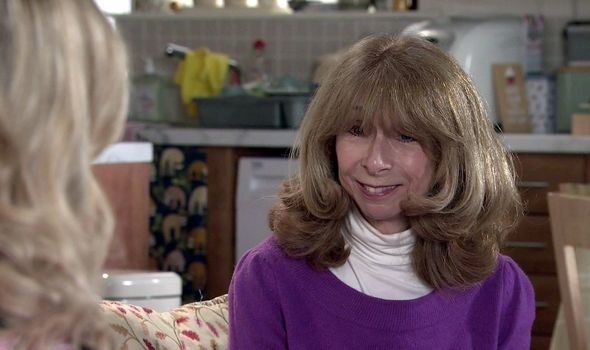 But although Nick and Leanne have faced a rocky few months, he ultimately loves her and wants to make things right between them.
Recent scenes have shown Leanne pushing him further and further away in order to keep him out of her dangerous new life.
She even went as far as pretending she was seeing someone else, which left Nick heartbroken.
Friday’s episode was set to show Nick discovering the truth about the trouble Leanne is in. 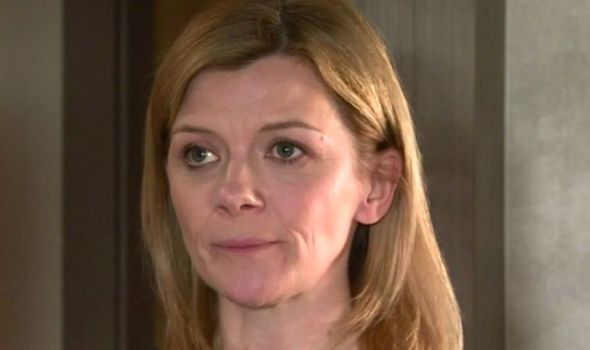 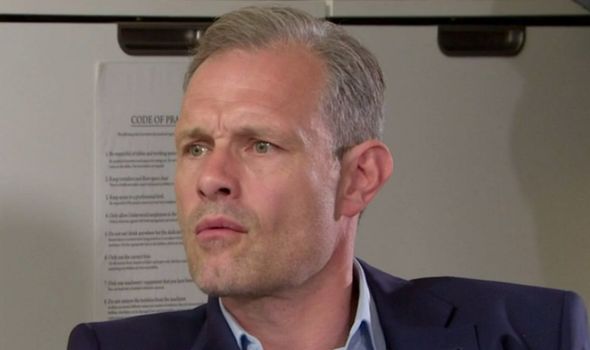 Following this, it seems Nick is relieved that Leanne hasn’t moved on from him, and vows to go with her and Simon.

Simon was involved in a drugs raid last week, but Harvey had no idea he had been working undercover with the police alongside Leanne.

Upon his arrest, he threatened the two and promised they would both be killed by his dodgy mates.

As much as Leanne has been wanting to reveal the truth to Nick, she didn’t want to drag him into their mess.

But Nick will soon find out, and viewers will see the three leaving Weatherfield for good.

Sam has only recently become a part of Nick’s life though, and leaving him will no doubt be a tough decision.

Gail and Natasha haven’t always seen eye-to-eye, with the former once banishing Natasha from her house after her lies to Nick spiralled out of control.

But Sam is her grandson, and with Nick gone without a trace, he will be her main connection to him.

With the two now bonding and Gail promising Natasha she will be a part of their lives, what could this mean for Nick if he is ever to return? And how will Sam take the news that his dad is gone?

Coronation Street continues on Monday at 7.30pm on ITV.