Yasmeen (played by Shelley King) has been taking centre stage in a harrowing coercive control storyline on Coronation Street, with abuser Geoff (Ian Bartholomew) manipulating his beloved into living her life the way he sees fit. Even the circumstances behind the pair tying the knot was all part of the villain’s masterplan to ensure he had greater power over the pensioner’s wellbeing. However, it has been shown on the ITV soap the long-suffering character is starting to understand the ordeal she is being subjected to and has become extremely doubtful about her husband’s behaviour. After he committed murder last week and left his other half heartbroken over the loss of a loved one, will he be the one devastated as Yasmeen uncovers a way to prove their marriage is a sham?

Despite doing her best to live up to her husband’s extremely twisted expectations of a peaceful family home, the pensioner was subjected to more cruelty in recent scenes.

With her husband unimpressed with the dinner she had prepared for him during Friday’s hour-long episode, Yasmeen was forced to wait until he had dished up something for the pair to eat.

Little did she know until halfway through the meal, he had murdered her beloved chicken, Charlotte Bronte, and served her up for supper.

The idea of eating her loved one made the grandmother sick and it seemed Geoff had no resentment in slaughtering the pet – but could his devilish actions come back to haunt him as his wife discovers a way she could be free of her ordeal? 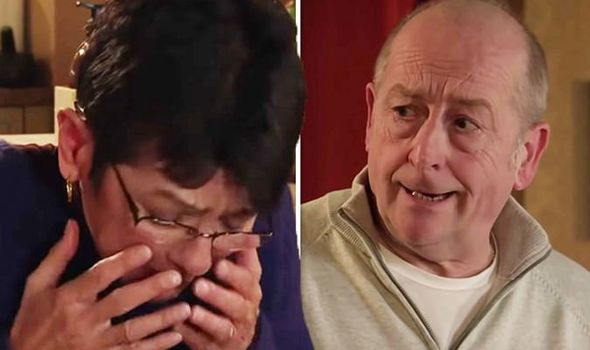 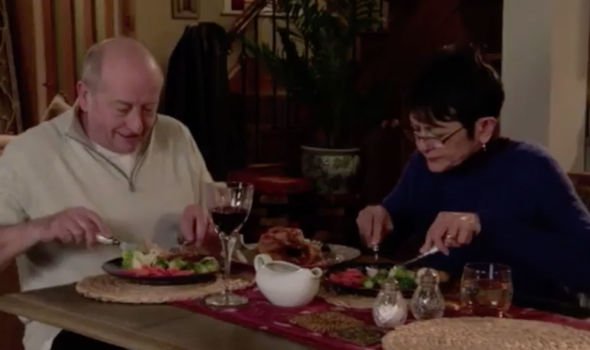 According to analysis sought by Daily Star Online, the Weatherfield-based soap has the highest number of marriages which ends in being dissolved, annulment or invalidity.

Over the course of the show’s 60 year history, 12 percent of couples have ended their nuptials in such a way and there is evidence that this could happen for Yasmeen and Geoff.

Back in December, the pair tied the knot in Las Vegas after the villain tricked his partner into taking a trip following her accusations of him having an affair.

None of their family or friends were present at the ceremony and there was no real-time footage of the nuptials captured. 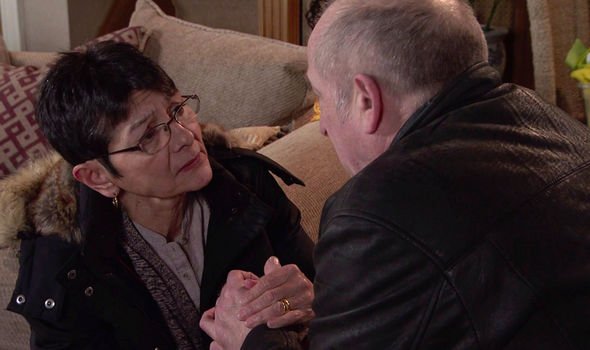 Therefore, if Yasmeen were to seek legal advice, could she discover her marriage is actually invalid and she and Geoff aren’t man and wife?

If the villain is exposed as an abuser, this could provide more strength to his partner’s case for ending their marriage as there would be evidence she was coerced into exchanging vows.

Although the pensioner may have believed she was tying the knot of her own mind, but viewers have watched how manipulative her husband can be.

Given his controlling behaviour, it is highly likely Geoff would have subtly pressured his wife into walking down the aisle.

I don’t mind if people hate him

In the coming weeks, Alya Nazir (Sair Khan) will begin to voice concern about her grandmother’s marriage and whether she is in danger.

Although many viewers have been left uncomfortable over the harrowing scenes, the soap is portraying the reality of coercive control relationships.

Actor Ian, who’s character was introduced to the soap in 2018 as the father of Tim Metcalfe (Joe Duttine), has spoken out about playing the villain.

Speaking with The Mirror about his alter-ego, the soap star said: “Being disliked comes with the territory.

“I don’t mind if people hate him. I think they should, as long as they’re not hating Ian. They know that I’m not like that.”

Of the challenges of the role, Ian added: “I’m finding it hard and there are uncomfortable scenes, such as when he pushed his phone into Yasmeen’s face to film her.

“[But] if this ­storyline gives just one viewer the ­opportunity to ­recognise they’re in that sort of ­relationship and do ­something about it, then we’ve done a good job.”

If you or anyone you know has been affected by Yasmeen’s storyline, please find more information by visiting the Women’s Aid or call Refuge on 0808 2000 247.