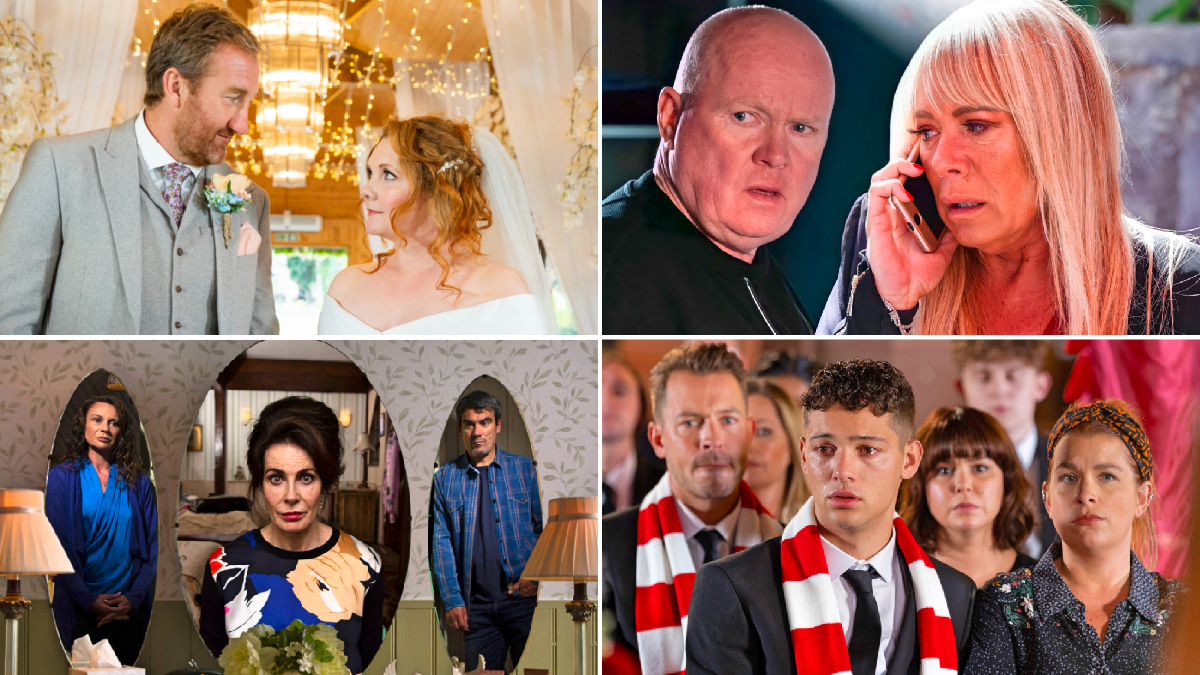 The wedding we’ve all been waiting for and a devastating death threat are just the icing on what is set to be a delicious cake in the soaps next week.

Fiz Stape readies herself to marry Phill Whittaker in Coronation Street, but with Tyrone Dobbs determined to tell her just how her feels, will the bride-to-be actually make it down the aisle to say: “I Do?”

Phil Mitchell, meanwhile, could be set to reach a grisly end in EastEnders, as a dark threat is made on his life, with a fellow inmate telling him that his time is running out!

Over in Emmerdale, Faith Dingle makes a discovery about her cancer, while Hollyoaks’ finest bid farewell to their beloved Luke Morgan, but let’s just say that the funeral is not without a helping of drama.

All the soaps are home to a number of unmissable moments next week, that’s for sure, and while Corrie, Emmerdale and Hollyoaks will air in their regular slots, EastEnders will move to BBC Two. 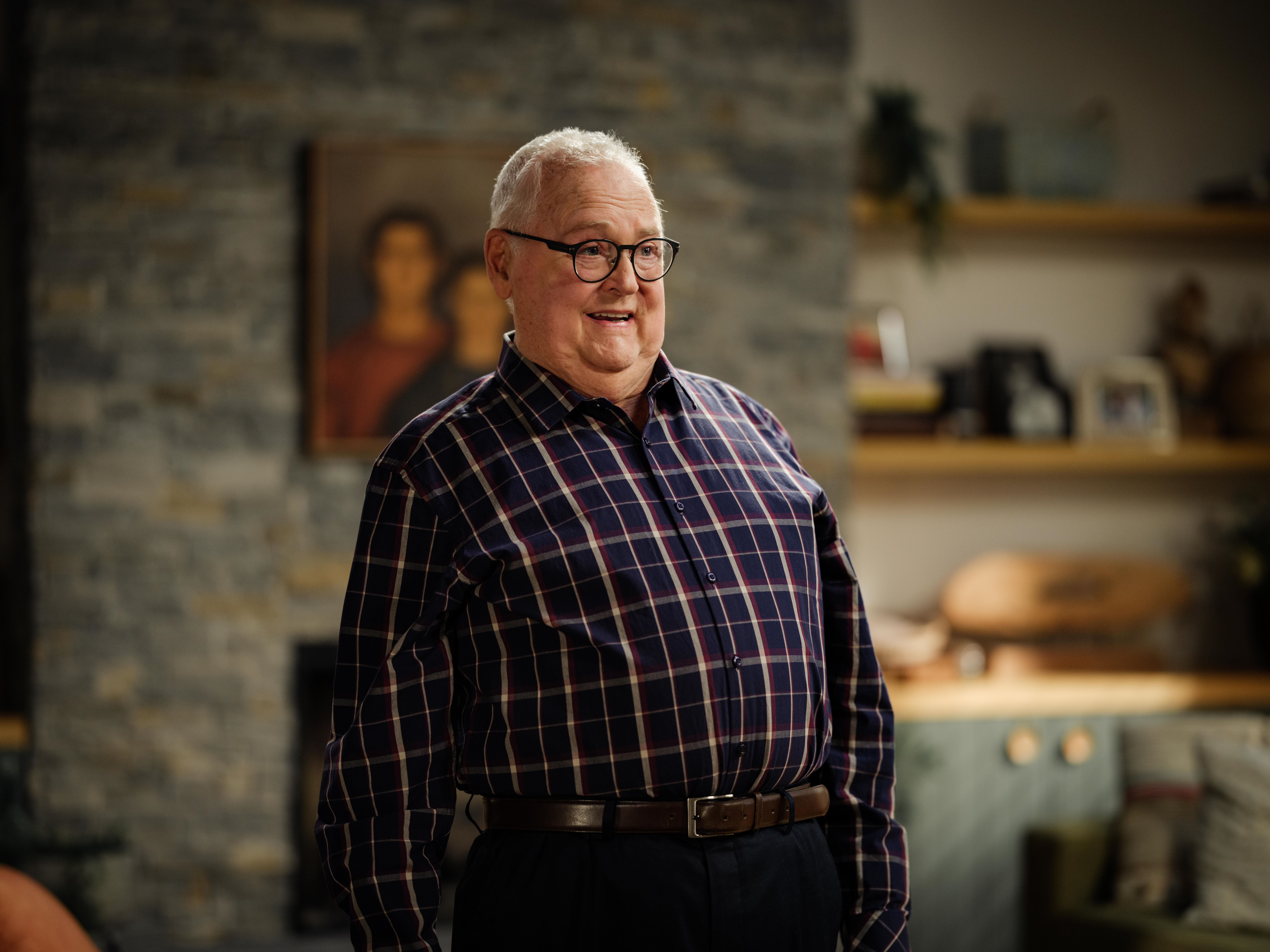 If you’d prefer to binge-watch the show, however, remember all of next week’s episodes of the BBC One soap will drop on iPlayer on Monday morning.

But enough about the how to watch, Metro.co.uk has all the reasons why you MUST tune in next week, so bob the kettle on, sit back and brace yourselves for all the drama.

It’s the week of Fiz and Phill’s wedding! Things take a turn when Phill’s ex-wife Camilla arrives on the cobbles. Tyrone, meanwhile, does have feelings for Fiz and, spurred in by Kevin, he decides to tell her how he feels before it is too late.

On the day of the ceremony, Fiz and Phill are shocked to learn the registrar has been cancelled! The bride and groom-to-be, however, soon get things back on track. Tyrone, meanwhile, presents Fiz with a pair of Vera’s vintage earrings and with the wedding about to start, Evelyn and Ty take their seats, watching as the couple prepare to take their vows. Will it all go to plan?

Spider tells Toyah that he and his fellow activists are planning to occupy the disused Nuttall’s Brewery building as a base for an upcoming protest. Toyah is keen to get involved. Spider, however, is wary of her risking arrest while out on bail, but Toyah hatches a plan to take part, all the while staying out of trouble.

Audrey tells Gail and David that she’s updating her will and she’s calling a family meeting urgently. David and Sarah fuss over her, each hoping for a decent slice of her estate. Audrey summons Gail, Stephen, Nick, David and Sarah to the bistro where she announces that she intends to leave all her money to WARTS, the Weatherfield Association of Retail Traders, in memory of Alfie!

Phil is tormented by fellow inmate Craig, who promises that he’s going to kill him. With no options left, Phil turns to Ravi – another prisoner – offering to pay him to back him up, and afterwards, he asks Sharon to visit, giving her five letters for her and his family. Sharon realises what’s going on and pleads with him to take Keeble’s deal. Phil refuses, and devastating scenes ensue, as Craig carries out his promise.

Mick offers Linda support ahead of her meeting with the social worker, much to Janine’s dismay. Linda, however, later receives word that Annie is staying with her. Sharon, meanwhile, tells Linda that she doesn’t have to prove herself to anyone, but Linda is keen to start working at The Vic again. Mick warns her that he’s going to see Zsa Zsa with Shirley so it’s just her and Janine, but Linda enjoys bossing Janine around!

Avery arrives in Albert Square in his flash car, causing quite the stir with the market traders.  Realising he’s got off on the wrong foot with everyone, he plans a gathering at the pub. Mitch, meanwhile, is less than interested in celebrating his birthday but Karen drags him over to The Vic for a drink, but he receives a huge shock when he finds Avery – Mitch’s estranged big brother!

Faith receives the news that her cancer has spread, and Chas is devastated when she refuses any more chemo. Cain, meanwhile, struggles to let go of the past, and he shares his traumatic memories with Chas. The two siblings spend the night reminiscing, and ultimately they agree to make an effort regarding Faith.

Charles is racked with guilt when Ethan informs him that Naomi, his daughter, has gone missing. The vicar swoops into action, tracking Naomi down in a bar, where he finds her in the middle of a heated showdown with her boss. Charles pushes her boss in an attempt to defend Naomi, before revealing that she’s his daughter. How will Naomi react?

Liam questions Leyla about her drinking. Desperate to hide the truth, Leyla uses Priya as cover, but Priya inadvertently drops her in it when she doesn’t know what Liam is referring to. The couple exchange words, and Leyla soon decides to tell Liam all about her cocaine habit. Will she follow through?

The day of Luke’s funeral arrives, and emotions are running high. Ollie struggles to make it through the eulogy, and thus Cindy is forced to step in. She encourages Luke’s loved ones to look at the positives of his life underneath a heart-warming reel of memories.

The special day joy is short-lived when Luke’s ex Scarlett rocks up at the service with a shocking revelation that most certainly causes a lot of drama.

Mercedes reaches out to Bobby with an extraordinary gift that takes him by surprise, and they share a special moment as a result, one which ends with a hug.

The tribunal into Ali’s misconduct takes an awful turn when he makes a shocking accusation against Peri. Misbah, meanwhile, reveals some shocking evidence of her own and gives a heart-wrenching testimony on Ali’s character, but will it be enough to end his career?