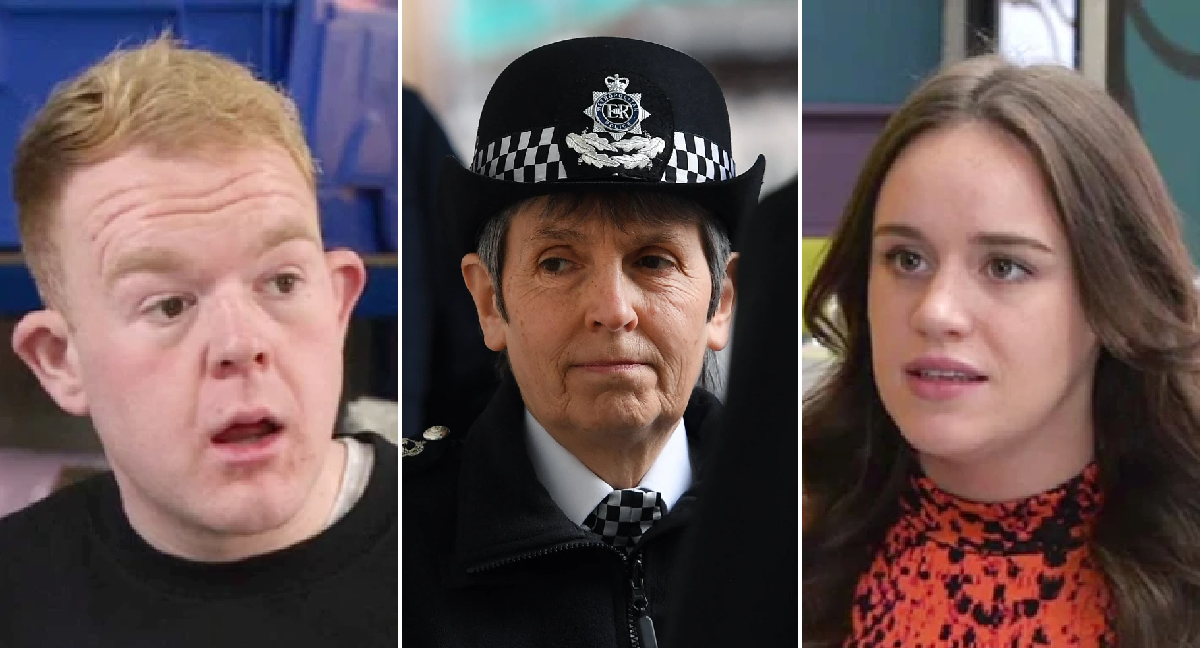 We love Faye Windass (Ellie Leach) in Coronation Street, and even more so after she thought the now-former Police Commissioner Cressida Dick was a contestant on Ru Paul’s Drag Race.

The conversation happened in Underworld with Craig (Colson Smith), who’s started work at the lingerie factory after leaving the police force.

Craig left his role as a police officer after becoming a bent copper, covering for Faye and Emma (Alexandra Mardell) over their involvement in Ted’s death, which occurred after Faye hit him with her car.

Honestly though, we’d be the exact same. Going from catching bad guys to sewing knickers? Not exactly a thrilling career change.

Craig explained to Faye that he never thought his stepdad would become his boss, but is trying to be grateful for being in work.

‘I’m hardly hanging out with Cressida Dick, am I?’, he said.

‘Oh, I loved her on Drag Race!’, Faye hilariously responded.

Craig reminded his girlfriend Cressida Dick is actually a copper, and got on with his work.

Since filming this scene, Cressida Dick’s career has drastically changed.

Just a few weeks ago, Cressida Dick left her role as head of the Metropolitan Police after months of pressure.

The commissioner – one of the most high profile police officers in the country – endured a torrid start to 2022 due to various scandals engulfing the force.

In a statement, she said the London Mayor Sadiq Khan ‘no longer has sufficient confidence in my leadership to continue.’

‘He has left me no choice but to step aside as Commissioner of the Metropolitan Police Service.’