Escape to the Chateau: Angel jokes about Dick being 'grumpy'

Dick Strawbridge and Angel Adoree immediately fell in love with Chateau de la Motte Husson and decided to buy it within an hour of viewing it a few years ago. The couple managed to buy their dream home for £250,000, which was the equivalent of €340,000 at the time. In the second episode of the Channel 4 show Escape to the Chateau, the couple were just three weeks into their renovation plans when they stumbled across a few problems.

The couple and their two young children were living in just five of the rooms while they began renovating the rest of the Chateau.

At the beginning of the episode, Angel explained that she didn’t mind living in a home that “was falling apart”.

“I am quite a simple lady, you know?” she said to her husband.

“All I wanted was a Chateau.” 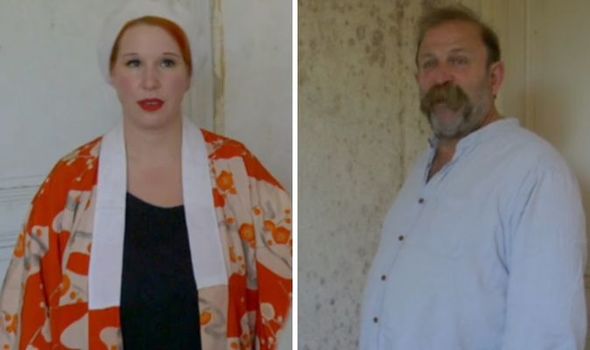 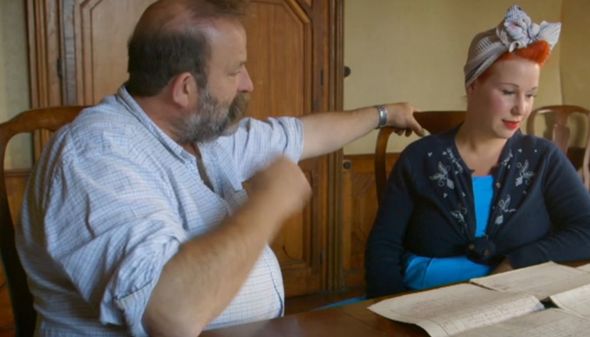 One of the first items on Dick and Angel’s agenda was to renovate a honeymoon suite, which they hoped would be ready for their own wedding night.

They also hoped to open a wedding business so the castle could pay for itself when it’s complete.

They had set themselves a challenging task as they wanted to have the renovations complete before their own wedding in nine months time.

Angel continued: “Time is ticking, I really didn’t appreciate the enormity of the job.” 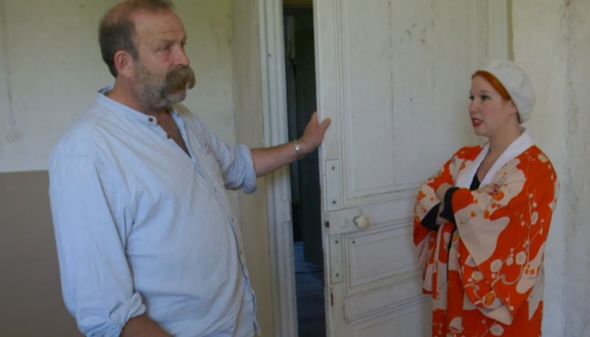 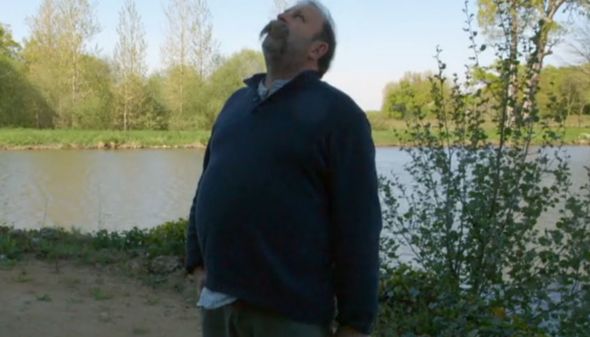 The structure of the Chateau had changed very little since 1869 and Angel told her husband she had some controversial plans in mind for their home.

While discussing the renovation of the honeymoon suite, Angel began: “So what would be amazing is if you came in here and this was your wedding salon and there was an archway or opening here to the bedroom and the bathroom over there.”

However, to achieve their dream they would need to knock down a three-foot deep, 150-year-old wall.

An unimpressed Dick replied: “That is one of the biggest walls in the house.

Thinking about how they could tackle the issue with the wall, Dick continued: “I don’t know how we could actually do that.

“The thing is that’s hollow in there [as he knocked on the wall]. I don’t know what route it takes even.”

Chipping in again, Angel protested: “But, I think it’s necessary.”

As Angel and Dick had already spent the majority of their renovation budget on the plumbing, Dick had to think about how he could do what his wife was demanding.

While he is the engineering brains, Angel was most certainly the boss when it came to making a decision.

She added: “When the archway comes…”

“When the archway comes,” Dick mimicked.

As she turned to give her husband a hug, Angel told him: “Don’t go into this being grumpy, go into it looking like I saved you money.”

Speaking afterwards when his wife wasn’t around, Dick said: “This is the biggest room in the house and she says: ‘Can we build an archway?’.

Elsewhere in the episode, Dick attempted to get the heating in the Chateau working by buying gas cylinders. The only problem was they only worked for a few hours.

As a way to get around this, he came up with a clever idea of how to get the heating working without using the cylinders.

He managed to source a huge gas tank for free from the French Government which solved the heating issue.

“All in all, things are looking good,” Dick concluded.

Escape to the Chateau is available to watch on All 4.