EAMONN Holmes appeared as the host of Good Morning Britain alongside Susanna Reid – but all wasn't as it seemed.

The 61-year-old star, who lost his gig hosting This Morning on Fridays with wife Ruth Langsford in January, was on Celebrity Juice. 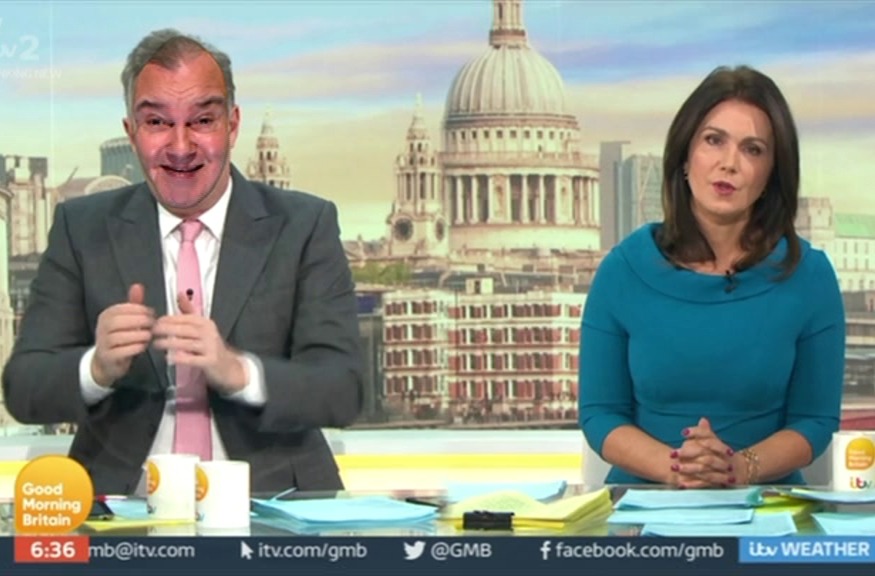 As part of a bizarre game, contestants had to poke their head through a green-screen and guess where they had ended up.

In Eamonn's case he was superimposed on top of an old grab of Piers Morgan fronting GMB on his final day in charge.

In scenes some viewers are keen to see become a reality, Eamonn appeared behind the ITV show's desk alongside Susanna Reid.

He was on to who he was supposed to be from the start, with the telly veteran asking: "Is he mouthy? Is he gobby? Has he got thin lips? Did he used to get up early? It's Piers!" 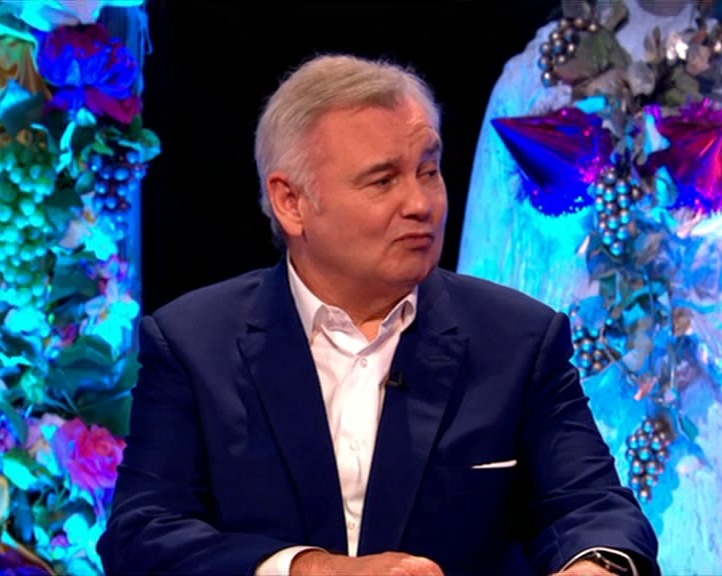 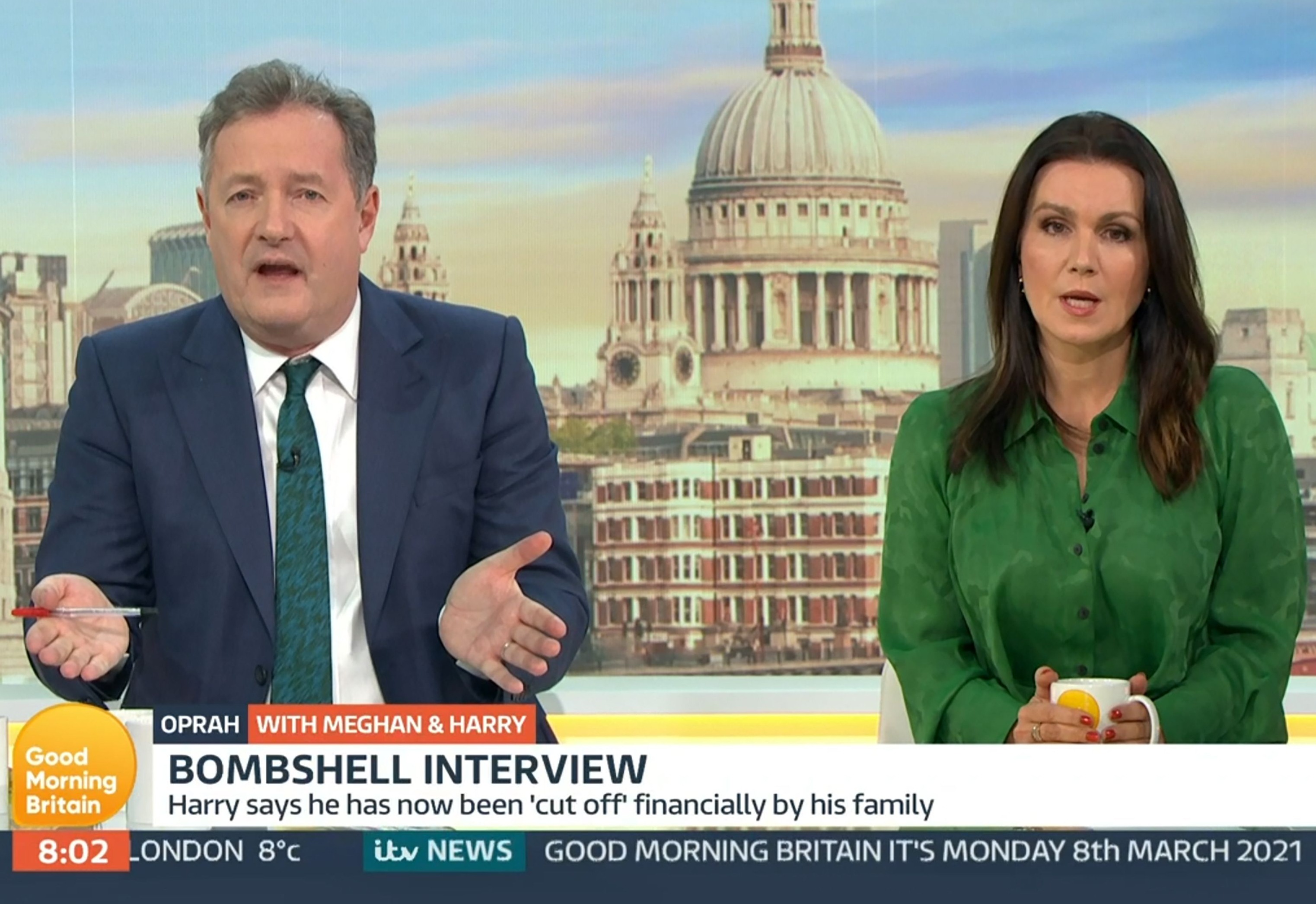 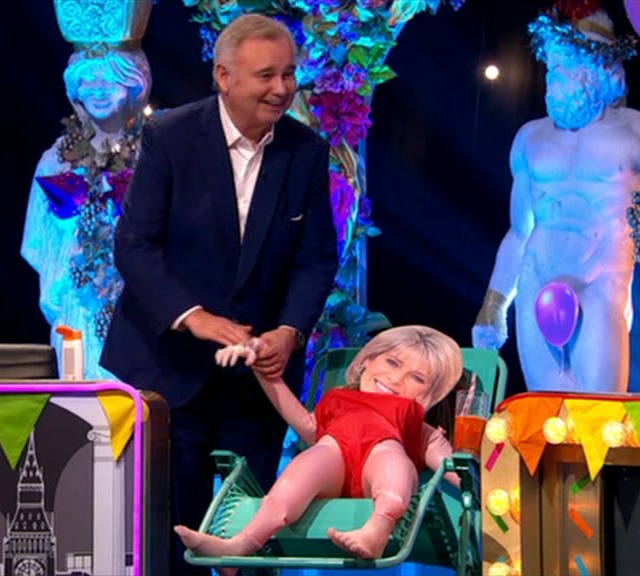 It was an eventful show for Eamonn, who was also asked to rub suncream into an inflatable doll with his wife's face.

The Sun revealed last month that is it another former This Morning host who is likely to replace Piers.

Richard Madeley, 64, will join for June with the option of extending the deal if the “trial” goes well, a source said.

Richard has previously stood in for Piers, who quit last month after refusing to apologise for comments he made about Meghan Markle.

An ITV insider said: “Piers is nigh-on impossible to replace and GMB execs accept this, but Richard has his own inimitable style.

“Like Piers, he’s a trained journalist who knows how to press guests and get a decent ‘line’ from interviewees."