Warning: The following article contains spoilers from this week’s EastEnders.

Lola Pearce (played by Danielle Harold) has been increasingly worried about Isaac Baptiste (Stevie Basaula) ever since he admitted he’d stopped taking his schizophrenia medication. However, after realising he’d been betrayed by his girlfriend, will the EastEnders resident go missing as he continues his quest to prove his theory on how Paul Trueman (Gary Beadle) was killed?

In EastEnders episodes that air tonight but are available on BBC iPlayer as part of the soap’s boxset, Lola asked Isaac to start taking his medication again.

Isaac agreed but Lola grew suspicious and decided to check up on her boyfriend.

“You could have just called,” Isaac pointed out when Lola turned up to see him.

“I just wanted to see you,” she replied and he added: “You want us to see if I’m taking my medication.” 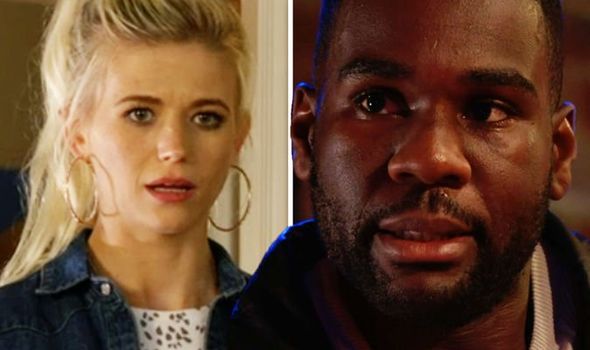 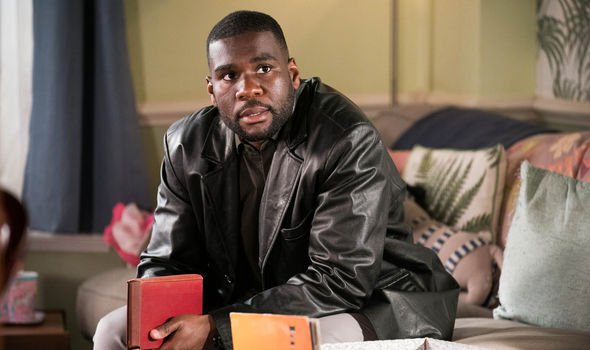 “I didn’t see you take it last night,” she argued and he said: “I told you I am but I need you to trust me. Do you trust me?”

“Yes,” Lola replied. “I’m only working a half day today so call me for anything.”

Later, Lola was mortified when she walked in on Patrick going through Johnny Allen’s (Billy Murray) business diaries.

“Isaac thought that he might have had something to do with Paul’s death,” she was forced to explain.

“It was just a theory, he had but I’ve got everything under control.” 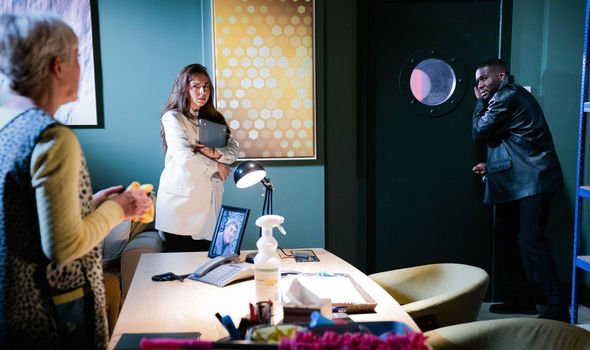 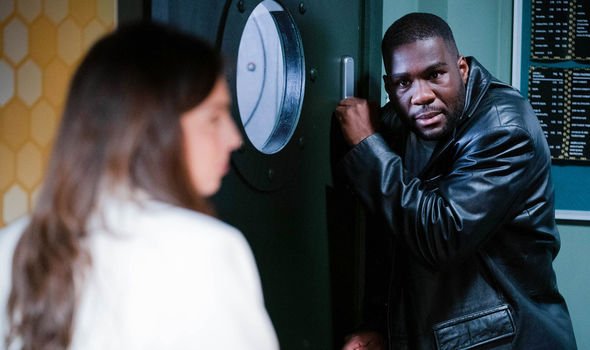 “Got what under control, what do you mean, Lola?” Denise Fox (Diane Parish) asked.

Lola explained Isaac had stopped taking his medication but had promised her he was taking it again.

At Ruby’s, confronted the club owner about her dad’s involvement in Paul’s death.

“You’re the final piece of the puzzle and you’re the only person who has the answers,” he said.

“What are we talking about here?” Ruby asked and Isaac hit back: “You know exactly what I’m talking about, and that’s why you don’t want to talk to me because you’ve been in on it all along. I know your dad killed Paul.”

“I’ve already told you, it’s a coincidence. I didn’t even know your brother was in those photos,” Ruby argued.

“It’s lies,” he quipped. “It’s all part of a conspiracy to cover up my brother’s murder, you’re a bad person Ruby, a truly bad person.”

Patrick, Denise and Lola turned up at the club and urged Isaac to leave Ruby alone.

“How did you know I was talking to Ruby?” Isaac asked before turning to Lola: “Did you tell them?”

“We know that you’re not taking your medication,” Patrick reasoned before his son remarked: “You said you trusted me.”

“I’m fine, more than fine and that’s why I’ve stopped taking my medication. I told you that I was taking it again to stop you from getting upset,” he told Lola.

“I’m seeing clearly for the first time in a long time. You’re all in on it trying to stop me from getting to the truth about Paul about her.”

“It hasn’t worked, because despite everything I’ve found the truth. Once it comes out and everyone sees what [Ruby] is you’ll regret betraying me,” Isaac added.

Although Lola only had Isaac’s best interests at heart, the Walford resident was furious with his girlfriend for telling his family he’d stopped taking his medication.

Patrick’s son may decide he can no longer stay in Walford if his loved ones refuse to accept his theory.

Will Isaac go missing as he continues to find evidence to prove Ruby is connected to Paul’s death?

EastEnders continues on Thursday at 7pm on BBC One.