Elvis starred with many beautiful women during his short but prolific film career. It’s fair to say that he also asked many of them out, with varying degrees of success. But none were quite like Dolores Hart. Billed as the “next Grace Kelly’, the clean-cut girl from Chicago was just 19 when she made her big-screen debut in Loving You. Elvis, himself, was still only 22 but already a major recording star and budding actor.

It was actually Elvis’ second movie, but he had played a supporting role in 1956’s Love Me Tender.

This was his first starring role as deliveryman Deke Rivers, a budding singer. Hart played Susan, “the girl who loved him too much to hold him back.”

She later said: “I had no idea who Elvis Presley was? When I first met him, he was just a charming young boy with long sideburns. He couldn’t have been more gracious. He jumped to his feet and said, ‘Good afternoon, Miss Dolores.’ He and Gary Cooper were the only ones in Hollywood who called me that.”

She also praised his powerful sexuality. 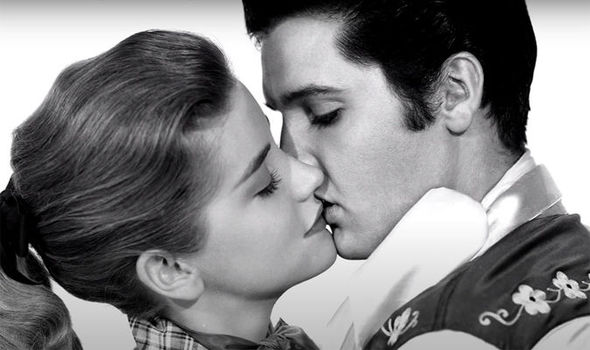 Hart said: “Elvis has a way of being that in itself was very innocent, even though from the waist down there was serious invitation.

“He broke the whole mold with sexuality by just pulling back the curtains and saying, ‘Look, it’s not as ugly as you all are saying. We can dance to it, we can sing to it and we can enjoy one another.’ That’s why we loved him.”

The two became close during filming and their chemistry was so palpable that she was invited back to star opposite him again the following year in King Creole. 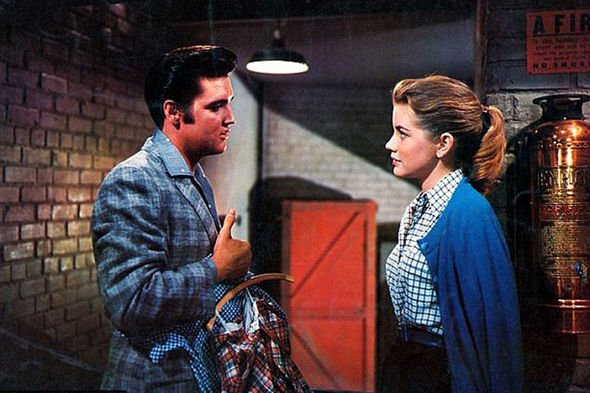 Elvis had deferred his military service by 60 days to make King Creole and Hart and fellow costar Valerie Allen helped throw him a farewell party in his last night on set.

When he returned in 1960, the star famously became trapped in a succession of generally pulp movies that rarely gave him any opportunity to show his full abilities.

Many decades, looking back, Hart said: “If there is anything I am grateful for it is that I am one of the few people left to acknowledge he was an innocent.

“What is it about a great professional industry that will use someone like Elvis who’s got such gifts and use them personally and not give back to the person what they need? It’s not a marriage, believe me.”

Hart went on to make the cult 1960 movie Where The Boys Are that boldly examined the emerging sexuality of young college teens. She also received a Tony Award nomination for her Broadway debut in The Pleasure of His Company.

She had dreamed of being an actress since she was nine years old and was in great demand but just three years later she was to quit Hollywood at just 24, leaving behind a successful career and a broken engagement.

Increasingly drawn to her Catholic faith, Hart had begun to visit the Benedictine Abbey of Regina Laudis in Bethlehem, Connecticut, questioning her place in the world.

At an engagement party with her fiance, Los Angeles architect Don Robinson, he asked her if she loved him. She told him, “Of course I love you,” but he questioned whether it was a love that leads to marriage. They amicably ended their engagement.

In 1963, during the press tour for her final movie, Come Fly With Me, Hart gave away all her worldly possessions and entered the convent. She told Come Fly With Me co-star Karl Malden it was “an affair of the heart.”

Robinson never married and would visit her there every Christmas and Easter until his death in 2011.

Hart withdrew from the world until she made a sensational comeback at the Oscar in 2012.

Hart took her final vows at Sister Dolores in 1970 and became prioress in 2001. She used her Hollywood connections to develop the monastery’s cultural program, helped by friends like Paul Newman, and the nuns put on a musical every year with the local community.

In 2012 life, an HBO film based on her story, God Is the Bigger Elvis, was a nominee for the 2012 Academy Award for Best Documentary (Short Subject).

Hart appeared on Oscar’s red carpet in her habit and used the publicity to help raise awareness of the fundraising efforts to save the crumbling buildings of the monastery. The following year, she released an autobiography, The Ear of the Heart: An Actress’ Journey From Hollywood to Holy Vows.

Letters and donations flooded in from around the world and Hart said: “The Elvis fans didn’t have a lot of money, but they sent quite a few dollars and all their love.”

The initial $1 million raised help install a new alarm and sprinkler systems, an elevator and other safety improvements that brought the monastery up to code and saved it from being closed down.

Hart retired as prioress in 2015 and still lives at the monastery but still keeps an eye on Hollywood as the only nun who is a voting member of the Academy.