Emmerdale’s Andrea Tate (played by Anna Nightingale) and Jamie Tate (Alexander Lincoln) are locked in a bitter custody battle as they continue to fight over access to their daughter Millie. The wedding planner was devastated when her husband served her with divorce papers and the pair have been arguing over their daughter and Kim Tate’s (Claire King) interference in her son’s life.

Last Christmas, Graham Foster (Andrew Scarborough) revealed he shared a night of passion with Andrea around the time Millie was conceived.

Jamie walked out on Andrea and despite her numerous pleas to give their marriage another chance, he swiftly moved on with Belle Dingle (Eden Taylor-Draper).

Kim can’t stop herself from getting involved in Jamie’s life and her meddling has pushed him away in the past.

However, recently Jamie has stood by his mum and defended her when the finger was pointed in her direction for Graham’s murders. 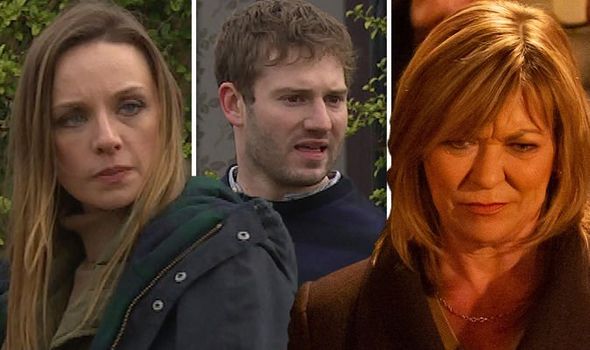 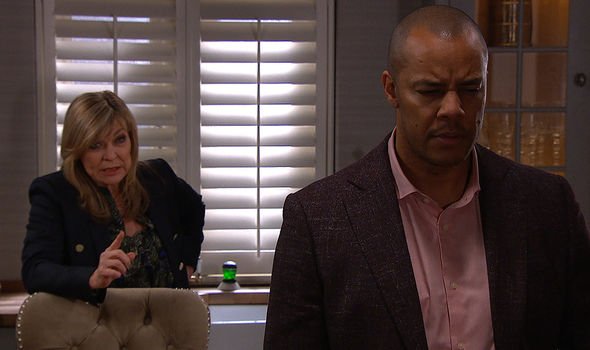 Emmerdale fans will know Kim paid Al Chapman (Michael Wildman) to kill Graham but the businessman was beaten to it by Pierce Harris (Jonathan Wrather).

Kim had managed to keep the truth under wraps but in last night’s instalment, Andrea sussed out her sinister plan.

On Monday night, Kim had one too many drinks and led Andrea to believe she had something to do with Graham’s death.

Andrea assumed Kim had paid Pierce to do it and headed straight to Jamie to tell him what she knew. 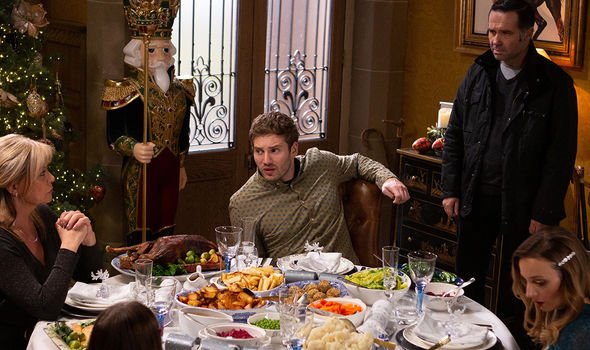 Jamie confronted his mum and was stunned when she told him the truth about her involvement.

But Andrea was horrified when Jamie made it clear he would not be talking to the police.

“She’s manipulating you, can’t you see?” Andrea said. “There is no decision to be made you need to report her.”

Jamie pointed out Kim would be sent back to prison and Millie would have to see her grandmother there.

“Like I would let her visit her?” Andrea hit back. “Have you lost your mind? She’s got you right where she wants you and you are pathetic you are letting her do it.”

“You are worse in the flesh than Jamie ever predicted,” Andrea told her mother-in-law. “You’re evil and I don’t want my daughter anywhere near you.”

However, Andrea than issued her husband a shocking ultimatum by demanding he chooses between his daughter and mother.

“Here’s the deal you can keep her dirty secrets but I want sole custody of Millie. Your mother or your daughter, you choose.”

Will Jamie feel like he’s backed into a corner and decide killing Andrea is his only option?

Fans are definitely convinced the wedding planner is in danger as one tweeted: “Be careful if I was you, Andrea.”

“Uh oh Jamie has a choice to make,” a second wrote while a third added: “You’re just as bad as your mother Jamie!”

Someone else shared: “#Emmerdale maybe Kim & Jamie will get together & bury Andrea alive.”