Graham Foster (played by Andrew Scarborough) was finally laid to rest this evening in a private funeral to which Kim Tate (Claire King) was the only attendee. Understandably, a few Emmerdale residents were upset by Kim’s lies, but it seems another dark secret is going to be exposed soon, and it will ripple throughout many people’s lives.

Tonight’s episode kicked off with Kim paying her respects to her late husband and the vicar said: “We are here today to say goodbye to Graham Foster. By remembering Graham and everything he was, ambitious, hardworking and loyal, we do not dwell on how his life ended but how he lived, happily, with his devoted wife Kim.”

The service was short and sweet with Kim soon back in the village, dropping by David’s to pick up a bottle of wine, when she bumped into Rhona Goskirk (Zoe Henry).

“Do you want to have a chat about Graha’s funeral?” The village vet asked but Kim shut her down: “I’m not sure there’s much point. Didn’t I mention it? I changed my mind, the funeral was this morning, Graham’s already been cremated, you’re already too late.”

Those watching at home saw Rhona kick off, furious at Kim’s behaviour and her not getting the chance to say goodbye to her lover properly. 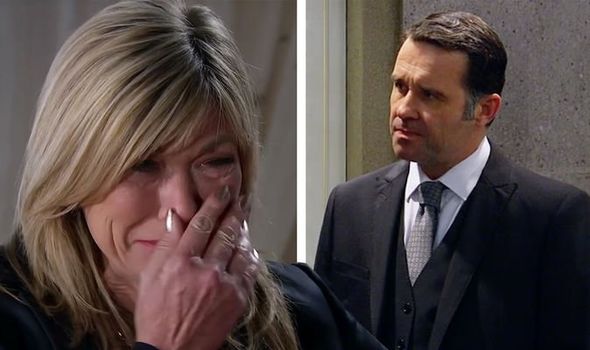 But it was Andrea Tate (Anna Nightingale) who stepped in and spoke to Kim about what happened.

Letting herself into Home Farm, Andrea found Kim pouring herself a glass of wine.

“This self-hatred thing, isn’t you,” Andrea remarked as Kim replied: “It’s not me I hate, it’s him [Graham].”

“No you don’t, alright Graham hurt you but you need to let it go,” the mother of one argued.

“He had no right, to do what he did to me!” Kim shouted but Andrea explained: “Everyone has the right to fall in love with who they want, that’s life.” 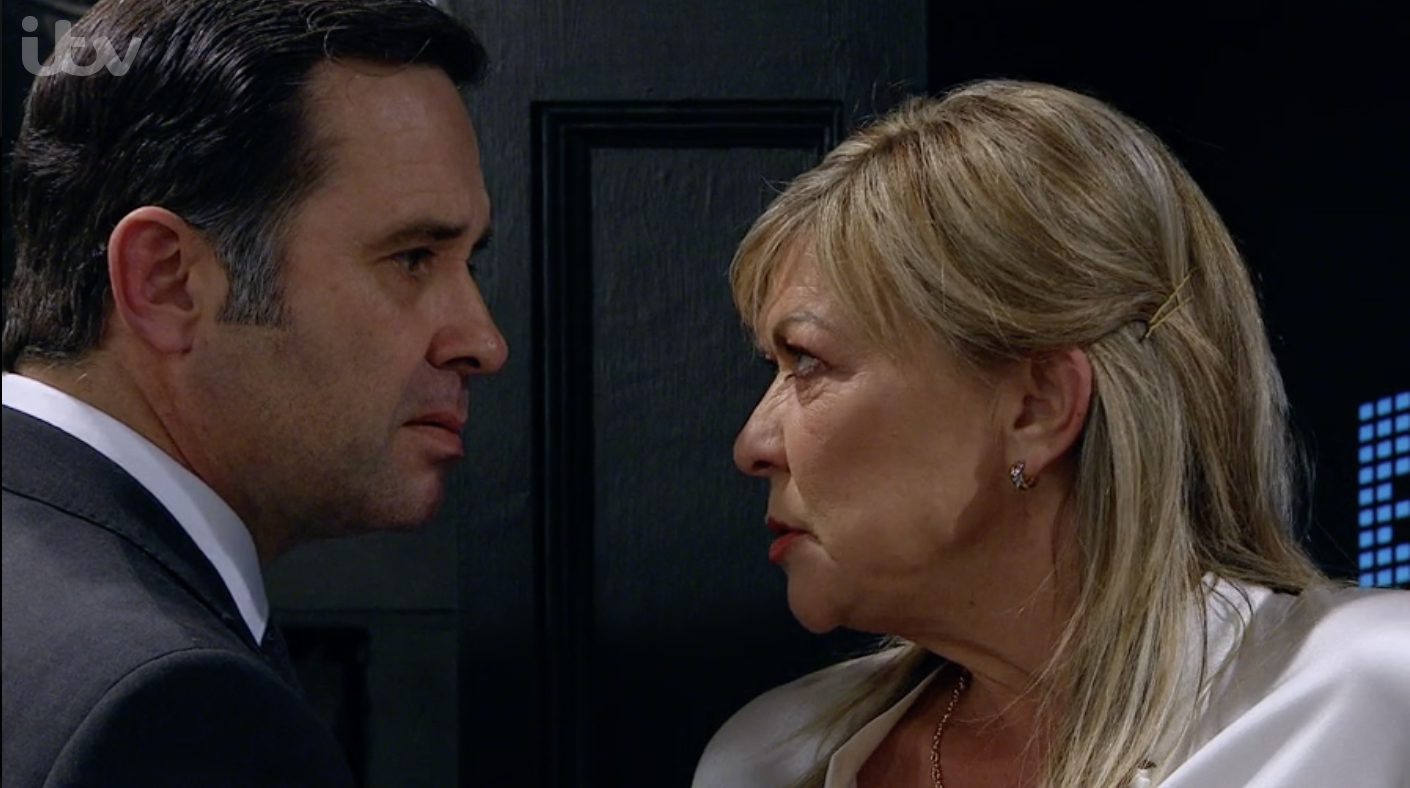 “But he lied! He made me think it was me he wanted, he was playing games, right up until the end,” Kim ominously remarked.

Confused, Andrea probed: “What do you mean?”

“I couldn’t have just sat there, watch Rhona sobbing, mourning for him,” Kim said in reference to the funeral as Andrea added: “Knowing how much she loved him.”

“This is what I wanted, what I asked for,” Kim commented, seemingly suggesting the time she ordered Al Chapman (Michael WIldman) to kill Graham.

Kim abruptly got up claiming she felt sick but Andrea followed: “No, what do you mean asked for, are you glad he’s dead?” 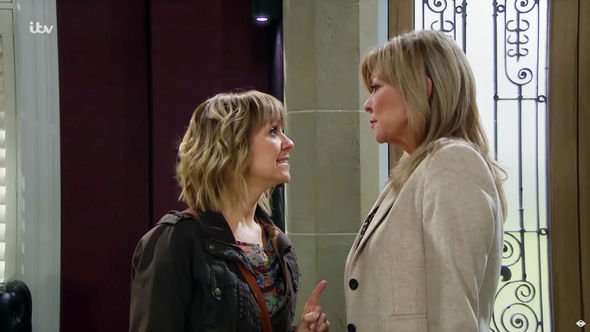 “No I love him, but he forced my hand, I wasn’t thinking straight, wasn’t just me,” Kim remarked.

“What wasn’t just you, Kim?” Andrea continued and her mother-in-law changed the subject and shouted: “Why are you even here? I’ve lost my husband, stop pretending you care and get out of my house!”

So her saying she “asked for [it]” may be referring to something else entirely.

But what did she mean when she said Graham was “playing games right up until the end”?

Has she found out something when his will was read?

It comes after many fans predicted Kim would have a private funeral without informing Rhona.

“Kim will probably have the funeral behind Rhonas back #Emmerdale,” one tweeted last week.