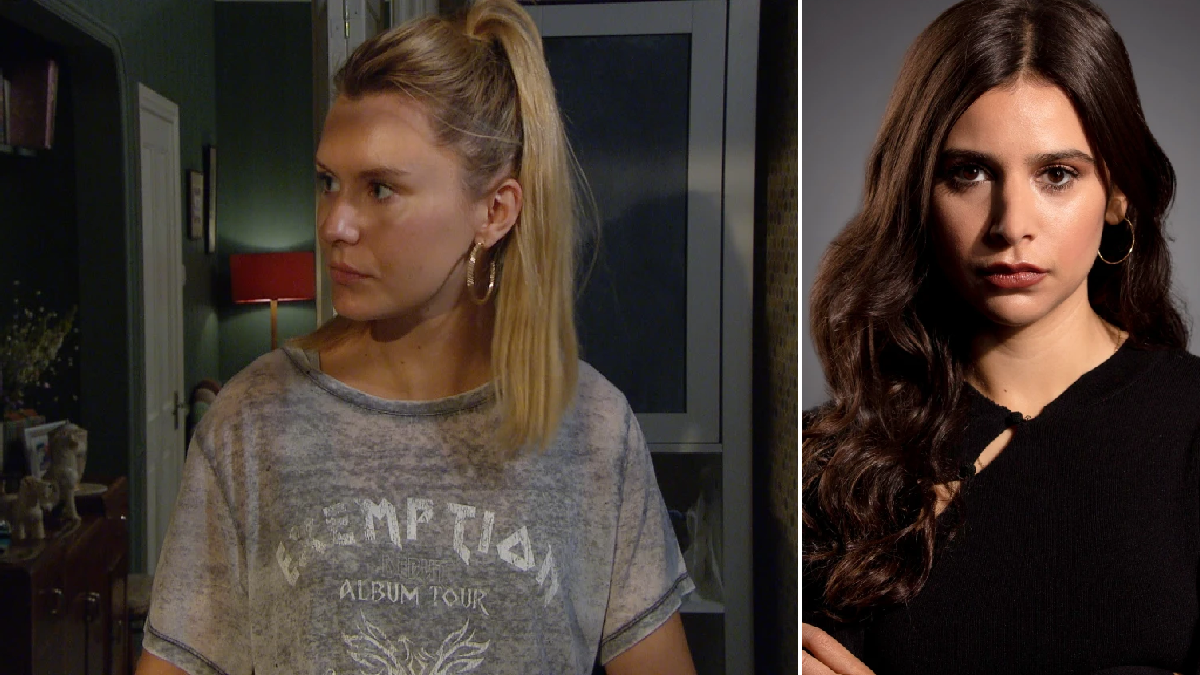 They may be completely different people but one thing that Dawn Taylor (Olivia Bromley) and Meena Jutla (Paige Sandhu) have in common is that they have both taken a life.

The situations in Emmerdale were polar opposites – Meena murders for pleasure while Dawn killed DI Malone as a form of self defence.

Malone’s body remains buried in the Home Farm grounds but when Meena hungrily talked murder with Dawn, a secret almost came to light.

And Meena isn’t about to let this go.

Dawn has been left traumatised after she discovered the body of Ben Tucker, who was brutally killed by Meena.

But Meena was eager for details on what Dawn saw, so she could relive the horror she had caused.

Telling Dawn that in her experience, it helps to open up, Meena claimed that her friend Nadine had taken her own life and it took Meena a long time to get over the ordeal.

But it helped Dawn to start to talk about Ben and Meena pressed her for details on the bloody discovery.

As Dawn became visibly upset, she blurted out that she had seen a dead body before and Meena’s ears pricked up.

Billy Fletcher (Jay Kontzle) shut down the conversation, making Meena suspicious – and she eyed Dawn with doubt as she covered with a story that she had seen her uncle’s dead body in a casket when she was six.

As Meena was left to ponder, Billy caught up with Dawn later and reminded her never to speak to anyone about Malone.

They then shared a kiss before they pulled back but the attraction remains.

How will Meena react when she finds out?

There could be a new dead body to describe before long…