Emmerdale fans have been driven to speculation after Cain Dingle (played by Jeff Hordley) and Tracy Metcalfe (Amy Walsh) have been in many scenes together recently. Some have suggested Tracy is suffering from postnatal depression, but the ITV soap is yet to confirm this. It comes after her behaviour has been extremely erratic and worrying, with Cain having spotted it a few times and been there to support her. Could the new mother turn to her father-in-law for more advice and the two end up romantically linked?

In earlier scenes this week, Tracy was seen fretting in the village and Cain interfered.

“The goodie bags should be purple with silver bows… right okay, no fine, forget it, yes, cancel the order!” She hollered down the phone.

Cain asked: “Hey, are you alright?” And she replied: “No, it’s all just one big disaster and the goodie bags are an epic fail.”

“Who has goodie bags at a christening?” The mechanic questioned and Tracy remarked: “Well, no one know.” 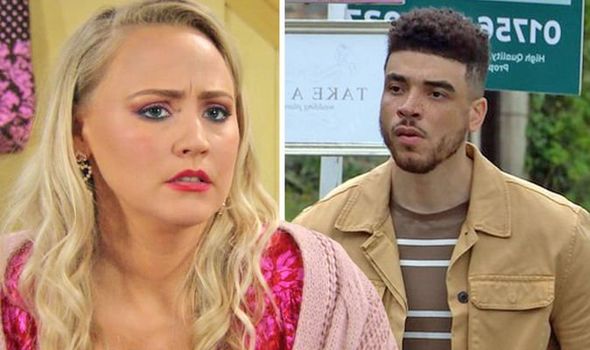 “I thought Nate was meant to be organising all of this?” Cain wondered and his daughter-in-law responded: “Yes, well, so did I, but he delegated to your mum and she’s gone awol.”

“Listen, we’ll sort this, I’ll speak to Leyla,” Cain soothed and Tracy continued: “They’re supposed to have Frankie’s name written on them! We’re never going to find a company to do that before tomorrow.”

“My family will be happy as long as they’ve got a slice of cake, anything else is a bonus,” Cain said and then ushered her inside.

This isn’t the first time Cain has arrived just as Tracy was having a meltdown about something and viewers have noticed this. 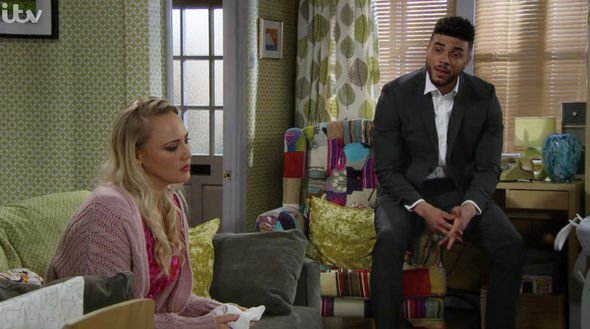 “How good would a Cain and Tracy affair be?” Another wrote.

Someone else mentioned: “Cain and Tracy.. you’ll see #Emmerdale.”

“Something is gonna happen with cain and Tracy #Emmerdale,” a fan suggested.

To add to this, the actress who plays Tracy has also spoken out about the amount of scenes she shares with Jeff, who plays Cain and together, the pair have wondered where the writers are taking the storyline. 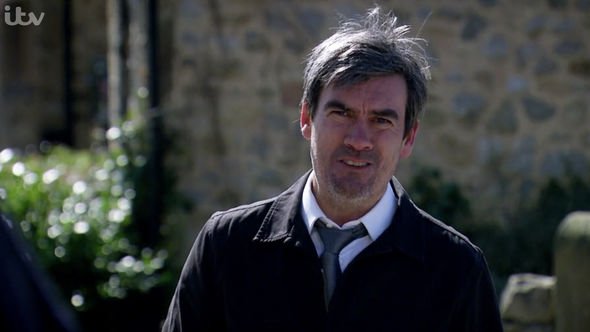 “That’s a funny question to answer when you work with Cain’s wife in real life – ‘yes, I’d love to have an affair with Jeff!’” Amy remarked.

“It’s very interesting, I love working with Jeff and I love the dynamic of those two characters.

“I did think with those scenes, I don’t know about a spark but I do think they worked and I loved them when I read them, I thought they wrote really well for the two characters.

“I’d like to see more of them together because I do think it works,” she added.

“We did joke, we wondered at one point when they were writing a couple of scenes, are they going to do what Nate did to Cain?

“As in, is Cain going to have an affair with Nate’s partner now, but as this storyline’s progressed, we’re obviously glad they didn’t do that.

“I think it’s important to keep the relationships happy between not only Cain and Nate but also Nate and Tracy.

“But who knows, she’d probably like a bad boy like Cain, knowing Tracy, she doesn’t know what’s good for her, we’ll see,” Amy told the press.

Could Tracy find herself pregnant again, but Nate not being the father?