Emmerdale viewers were left crushed last week when fan-favourite Vanessa Woodfield (played by Michelle Hardwick) announced she had bowel cancer. During some very difficult scenes, she told her fiancé Charity Dingle (Emma Atkins) about her deteriorating health, but many of those watching at home are convinced she is going to die after spotting a clue during one conversation between the ladies.

“I’ve been to get the results of my scan,” Vanessa said as Charity walked into their cottage.

“Why didn’t you tell me it was today?” Charity hit back but Vanessa argued: “You never gave me a chance.

“I was in a bit of a rush yes,” Charity defended and Vanessa revealed tentatively: “The cancers at stage three, it’s spread to my lymph nodes.”

Shocked, Charity stated: “Oh god. And you went on your own? Vanessa?” 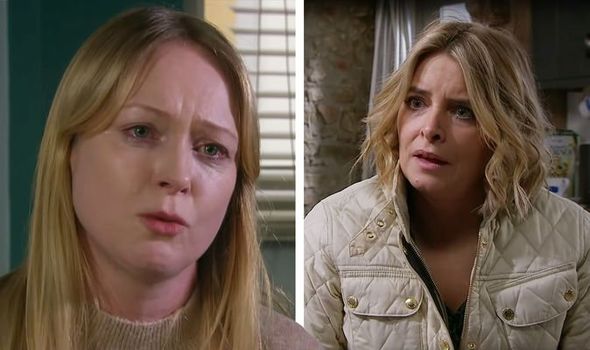 “They will operate soon, the surgeon said to cut out the tumour,” the village vet explained, but Charity was still annoyed: “But you should’ve called me, I don’t get why you didn’t!”

“Because you’re been avoiding me! Avoiding this, avoiding talking,” viewers saw Vanessa shriek.

After Charity said she “didn’t know what to do” Vanessa hit back: “Oh what and I have? I can’t run away because it’s growing inside me.”

As for what treatment she is going to undergo, Vanessa said: “They’ll take away as much of the cancer as they can and they’ll stitch my bowel back together, I might need an ileostomy bag until it heals at least.” 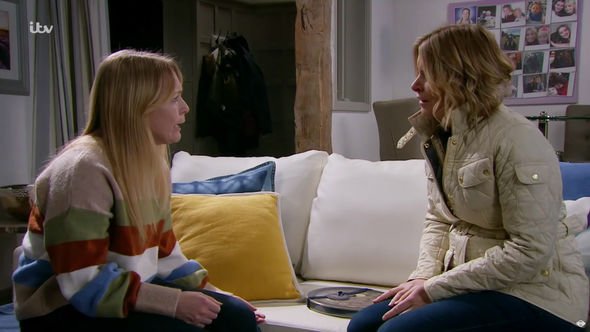 “That’s manageable, we can do that,” Charity replied but Vanessa was confused by her girlfriend’s use of the plural “we”.

“Can we?” She stressed ironically, “I’ll most likely need chemo for six months, I’ll be tired and probably sick and then there’s the constipation or in my case, it’ll be diarrhoea and my hair will get thinner, some bits might fall out.”

Always making light of a situation, Charity remarked: “Hey, who needs hair, come here,” but Vanessa wasn’t in the hugging mood: “Sorry I need a lie down.”

While Vanessa was told there was a good chance she could beat the cancer, fans were not convinced. 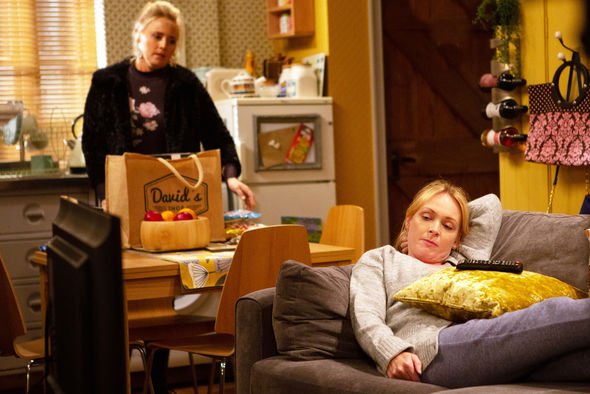 Taking to Twitter to comment, one said: “Uhp! The fictional lesbian curse strikes again. Couple is happy for five minutes, so now of course one of them is probably gonna die.”

“If Emmerdale kill off Vanessa…. the lesbian queen…… I will come for their throats,” another remarked.

A third added: “HOPE Emmerdale don’t let Vanessa and charity fade out like they clearly are doing right now…that partnership was on FIRE and had so many fans and now it’s just boring/with no screen time. Typical lesbian relationship portrayal… You feel me? #Vanity #Emmerdale.”

“You see this?!? Beautiful right? Awwww … well in the lesbian world we get to enjoy this for one day because tomorrow we get to see vanessa tell charity about her cancer. Yah, you see? And you wonder why we always look skeptical at happy moments? #vanity #emmerdale,” someone else commented.

Vanessa and Charity are firm favourite with viewers, with many championing their lesbian relationship.

As for the outcome of the storyline, no details have been confirmed by the soap.

But the actress who plays Vanessa has spoken out about being given such an important topic to portray on screen.

This is such a challenging storyline, but we’ve been working closely with Bowel Cancer UK, who have been enormously helpful to me in researching Vanessa’s symptoms and treatment,” Michelle said.

“I hope to do Vanessa’s story justice. I was actually really shocked to learn that bowel cancer is the fourth most common cancer in the UK and the second biggest cancer killer, but diagnosed early is treatable.”

If your or anyone you know has been affected by Vanessa’s storyline please see Bowel Cancer UK’s website here.