Today real-life prison break movie Escape from Pretoria is released in cinemas and on-demand. But just how historically accurate is it? The Daniel Radcliffe-led movie follows anti-apartheid activists Tim Jenkin and Stephen Lee who were imprisoned in 1978 for producing and distributing pamphlets for banned organisation the ANC.

It took 18 months of planning, but the two managed to break out of Pretoria’s whites-only jail using handmade keys to nine prison doors, before fleeing to London to continue the fight against racial discrimination in South Africa.

Now in an exclusive interview with Express.co.uk, Escape from Pretoria writer-director Francis Annan has revealed just how historically accurate his debut feature really is.

The filmmaker revealed he met with both Jenkin and Lee several times over the last few years, recording long conversations of their prison break stories.

Then in 2017 Annan flew to Cape Town where Jenkin drove him around and showed him the flat where the pair were arrested and even the street where their illegal anti-apartheid leaflet launchers were let off. 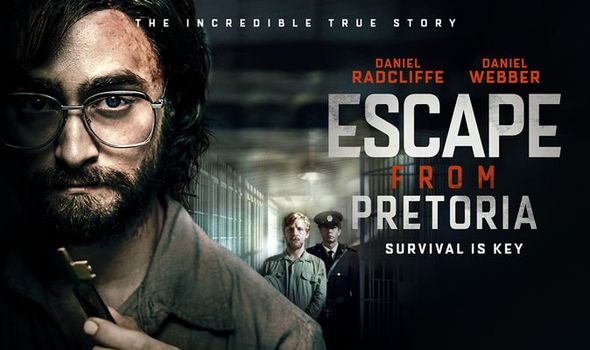 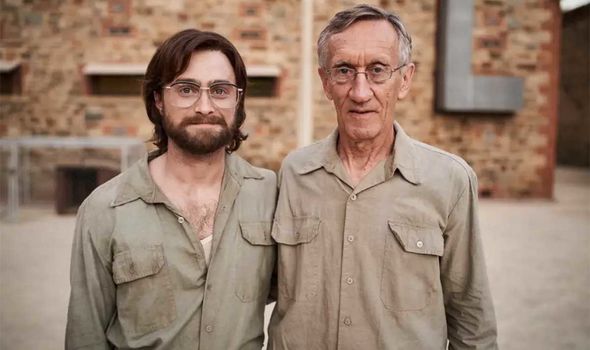 The director then visited the real Pretoria prison before Jenkin arrived on the Australia film set as an advisor.

Apart from giving Radcliffe South African accent tips, the escapee cameoed as an extra next to Radcliffe in a visiting room scene.

As for the accuracy of the actual prison break, Annan admitted the events had to be squeezed down to fit into the film.

He said: “Well one of the biggest things we had to do was truncate it. The escape attempts were over the course of 18 months.” 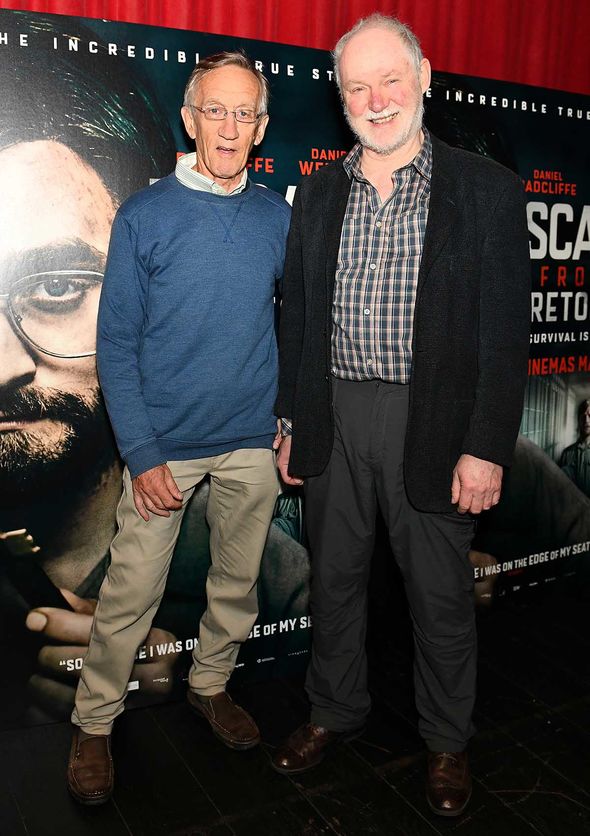 The director continued: “They might go to a certain door seven, eight, nine, 10 times.

“I couldn’t really do that so I would condense everything that they discovered into one time.

“There were a couple of interesting facts about how they found their clothes, which we shot, but because of time, we had to delete those scenes.

“You still get a sense that they found their clothes to escape with, but you don’t know how.”

What was particularly fascinating was the inclusion in the film of items for the real-life escape.

Annan teased: “There’s even real items, which they actually used in their escape attempt, which we use in the film.

“I won’t spoil it and say which items but…

“I’ll say there is a chisel which was the real chisel.”

He added: “When you watch the film you’ll know what that means.”

On working with Radcliffe, the director revealed: “Daniel was brilliant. For a filmmaker, he was a filmmaker’s dream! He’s obviously a strong actor and he’s a star. Stars have that ability to say a lot without saying anything if that makes sense.

“He was exactly the person I said we needed for a very tight 29-day shoot. He got on well with the other actors, in terms of creating that role on very short notice. He’s great with scripts and also he’s not a diva.”

Escape from Pretoria is released in UK cinemas and on-demand on March 6, 2020.