'Girl on the Third Floor': Scary Film on Netflix Was Filmed in Real-Life Haunted House

Since the recent rollout of Netflix’s “top ten” label system, users are discovering new TV and movie recommendations based on what’s popular across the country. Currently sitting in the number six spot is Girl on the Third Floor, a supernatural horror flick that’s being described as terrifying and nightmarish.

Before landing on Netflix this year, Girl on the Third Floor built up a buzz at 2019’s SXSW Festival and on the theater circuit for its gory storytelling that juxtaposes horror with morality.

Set in an old house that has lives of its own, the film focuses on a husband/reformed bad boy who is renovating the place so his family can move in.

The movie’s rise up Netflix’s viewing ranks is putting renewed spotlight on its backstory and the legit haunted house where filming took place. 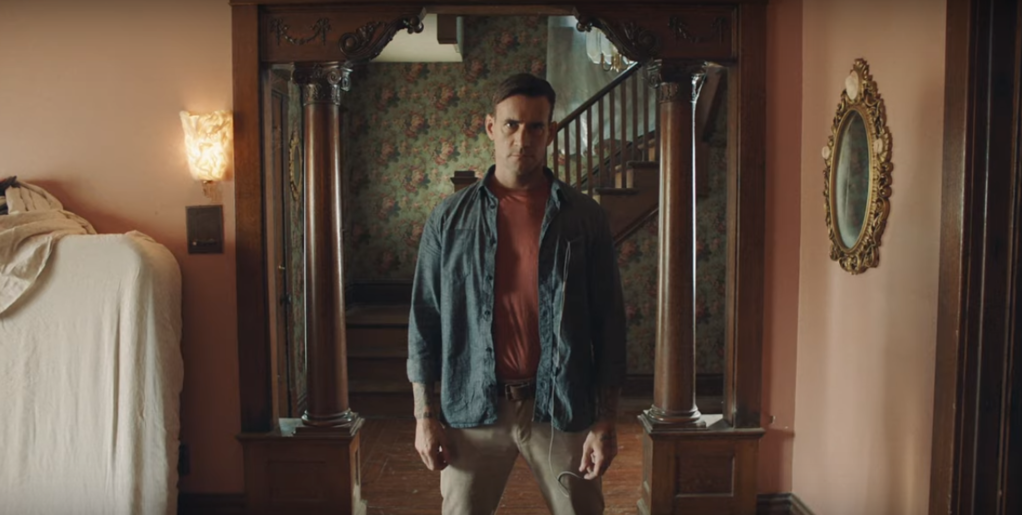 What’s ‘Girl on the Third Floor’ about?

Travis Stevens served as director and one of the writers for Girl on the Third Floor. It stars Phil “CM Punk” Brooks and Trieste Kelly Dunn as Don and Liz Koch, a couple trying to make a new start.

Don moves into their newly purchased old Victorian house in a Chicago suburb ahead of his pregnant wife to make renovations, but soon learns the house has a paranormal history.

Don, who hasn’t been the best husband in the past, has a fling with a woman named Sarah who showed up at the front door. Bad move. The more he works on the house, the more things get creepy, weird, and bloody. He does not heed the warnings, not even from his knowledgeable neighbor.

The home has a real haunted history

Truth is sometimes more intriguing than fiction, and the home where the film was shot is a haunted site located in Frankfort, Illinois, a suburb of Chicago. According to the Frankfort Patch, the ghosts of two young girls are said to inhabit the home.

One was a 12-year-old girl named Sadie who fled her abusiveparents in Boston, taking up a job as a maid in the house, which, at the time, wasa brothel. She was mistaken for a prostitute and brutally murdered by a mannamed Will in 1901.

The other was a little girl named Sarah who died of a severe illness in the house at age 10 in 1909. She immigrated to this country from England with her parents. Local lore says both girls died in the same bedroom on the third floor.

Per CBS Chicago, by 2015, the house was vacant and in foreclosure, but its history made it a tough sell. Prior to that, one of its owners was Kevin Ziegler, and he recalled odd happenings such as disappearing utensils, doors opening, and broken dishes.

He’d also heard voices talking, giggling, crying, and once, screaming. Locals have their own stories of seeing a little girl in the window, hearing footsteps, a child’s handprint on frozen glass panes, or strange noises, sometimes in their own neighboring homes.

The film is its own independent story

Aside from the location of the film and two characters named Sarah and Sadie, Girl on the Third Floor has no connection to the mansion’s twisted past. Stevens shared that while the house and its background are real, the movie itself is not based on any specific event that happened there.

However, he did move his production company into the property and commenced renovations on the home. He purposely halted the process for filming and wanted to tap into certain elements of the Victorian mansion’s legends for the movie.

Stevens told SyfyWire he wanted to flip the idea of suffering women at the hands of men ontoits head and give the spirits the upper hand against the male protagonist, Don.But he did want to be delicate about it, saying:

“The dynamics of temptation and discipline and sort of the trauma that happened to the women in that house in the reputed stories, and trying to honor that. So it’s in the DNA of the whole thing. Then, you’re trying to deliver something that performs in the same way a horror movie is supposed to perform, while moving it forward a little bit and doing something that we haven’t seen before.”

To understand what he means, you’ll have to check out Girlon the Third Floor on Netflix.