The discussion began with the news that the unveiling of Princess Diana’s statue has had to be scaled back.

Darren said: “Diana statue is next week July 1st, is Harry coming back for it?

“Apparently so, he’s coming back but no indication about Meghan,” Petra replied.

“But it was supposed to be a big deal, lots of people [including] friends of Diana.” 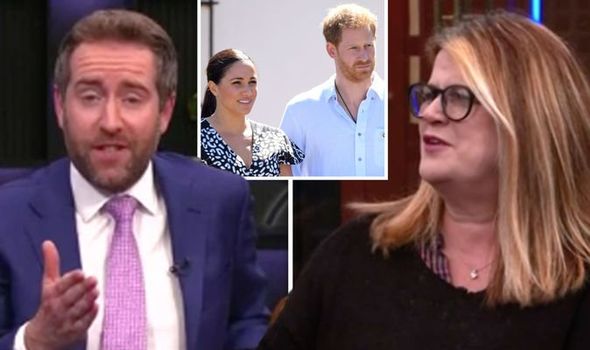 “But it’s going to have to be paired back it’ll just be the Spencers, Diana’s family and it seems Harry and William,” she continued.

“Where is the statue?” Darren asked and she replied: “It’s at Kensington palace, it’ll be a lovely thing to do and the boys together came up with this idea.

“But I have to say the thing I’m most looking forward to is the film it’s called Harry and Meghan: Escaping the Palace, I can’t wait.”

“I know I keep saying this but do we have to essentially spend every day talking about Harry and Meghan, can they not go away?” Darren asked.

“No please watch this,” the GB News reporter hit back. “Everyone’s going to watch it, it’s cheesy, it’s so funny.”