The presenter rejoined co-host Susanna Reid, 47, after a bout of gastroenteritis meant he risked missing his first day back at work in 2018. 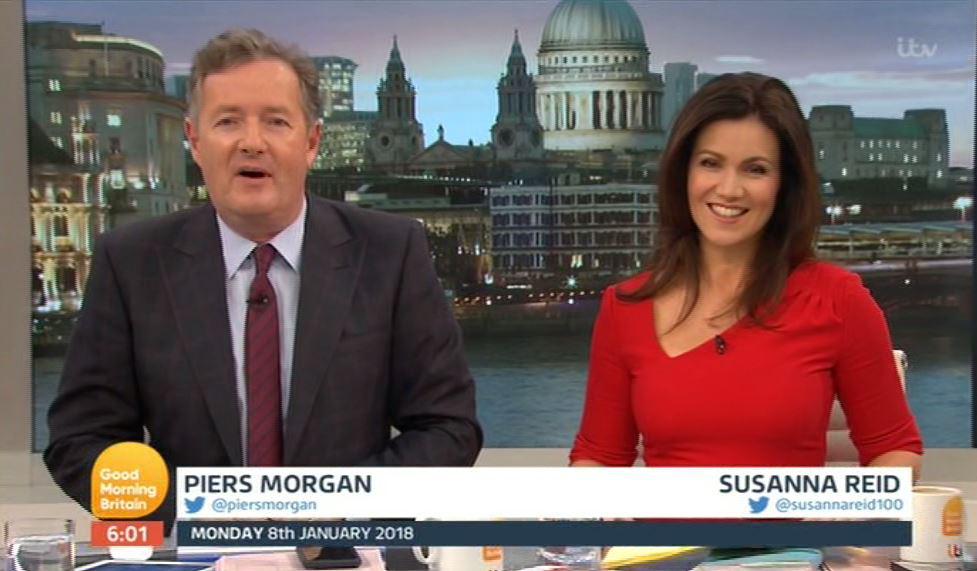 However, Piers, 52, warned that he was still feeling on the delicate side and revealed he was keeping a bucket handy beneath his desk.

He was welcomed back by happy viewers who tweeted their delight at his return.

The show saw Piers and Susanna talk to I'm A Celebrity stars Amir Khan and Iain Lee, as well as Amir and his wife Faryal Makhdoom.

In between guests, Piers revealed that his upset tummy meant he was now on a restrictive diet of mainly crackers and water.

He joked: "I'm doing Dry January and Veganuary and I didn't even want to!"

Before the show he teased viewers by tweeting a snap of himself with his bucket and Susanna.

Last night Piers left fans worried after he tweeted saying he was experiencing a fever and diarrhoea just hours before he was due to return to the show.

He wrote on Twitter: “So, 16 hours before I’m due back on @GMB & I have a raging fever & rather acute.. ahem… ‘stomach-related issues’. 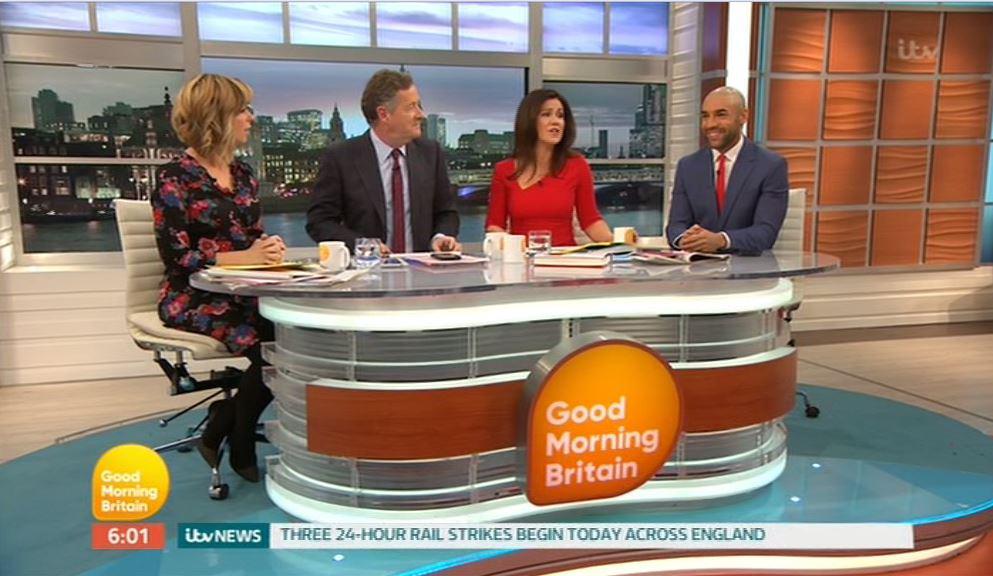 "Could make for some rather interesting live TV. Can you bring a bucket @susannareid100? 🤢🤢.”

When one fan expressed their concern, he said that he didn't take sick days.

To which Piers replied: “I don’t do sickies, John – relax. #ManningUp.”