Holly Willoughby, 39, was joined by co-host Phillip Schofield, 57, to begin tonight’s edition of Dancing on Ice, with four celebrities fighting it out to secure a place in next weekend’s final. The presenter often leaves ITV viewers distracted with her appearance as she has worn a whole array of different styled dresses this series. However, this evening’s fashion choice had to be one of the most baffling yet.

The host took to the side of the rink in a skin-toned dress, finished off with some decorative jewels to bring the piece to life.

Although Holly’s attire was held up by straps around her shoulders, the colour of the attire left those watching at home confused.

Taking to Twitter, viewers commented on whether the presenter was “naked” or not, despite the lining of the dress being quite clear to see.

Some believed the fashion choice was a bit inappropriate pre-watershed, but others were in admiration of her style. 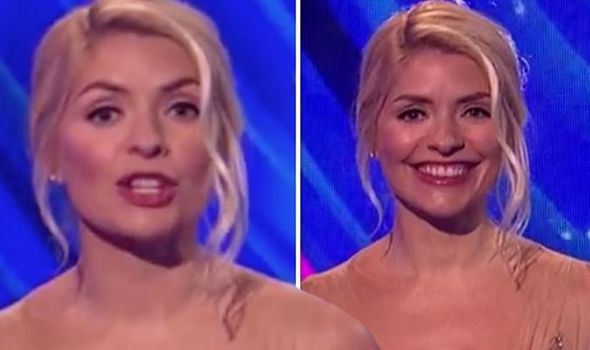 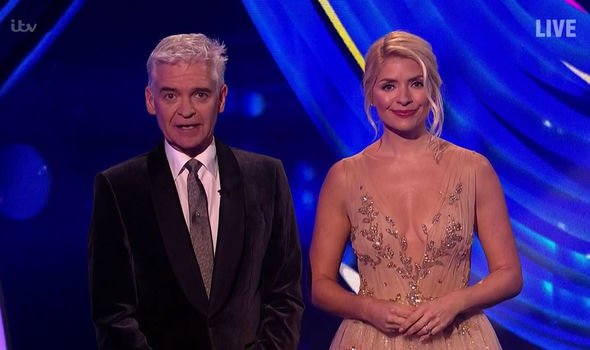 One confused viewer posted on the social media platform: “Another outing for Holly’s boobies I see #DancingOnIce.”

Another added: “Always makes me laugh that the gents are all polo necked and suited on this. But Holly is practically naked. Someone get her a cardigan. She must be frozen #DancingOnIce.” [sic].

However, others thought differently, as a fifth shared: “Holly always has the most beautiful dresses #DancingOnIce.” 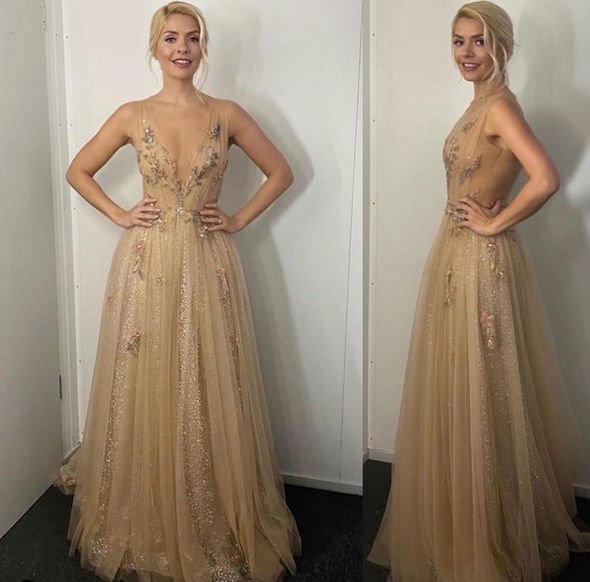 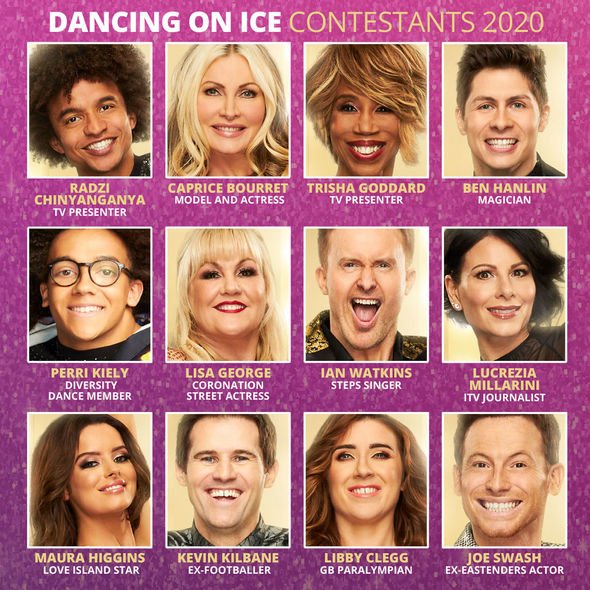 Another outing for Holly’s boobies

“In love with Holly’s dress tonight! #DancingOnIce,” a sixth opined, to which a seventh complimented: “@hollywills is looking phenomenal tonight!!! #dancingonice.”

Prior to the show this evening, Holly took to her official Instagram page to share with her fans what she was wearing.

The presenter posted a picture of herself in the skin-toned gown, wowing her 6.4 million followers by posing in two different ways.

“See you on @itv at 6pm… Dress by @lihihod jewellery by @officialfaberge shoes @stuartweitzman,” she continued.

Some of her fans responded to the image, with one full of admiration as they commented: “This dress is absolutely stunning. Beautiful x.”

This evening’s semi-final saw the four remaining contestants take to the ice, performing two routines to secure a place in the final.

Joining the pair were Paralympian Libby Clegg, 29, and magician, Ben Hanlin, 33, all hoping they would do enough to get through to next weekend.

Ahead of the semi-final, the former Britain’s Got Talent star was at 1/4 according to Ladbrokes bookmakers latest odds to win the third series of the revamped edition of the reality show.

The bookmaker’s spokesperson, Alex Apati, said: “Perri has headed the betting from the word go and with just four names still standing, it’ll take something pretty spectacular for him not to be crowned this year’s champ.”

Dancing on Ice airs Sundays at 6pm on ITV.