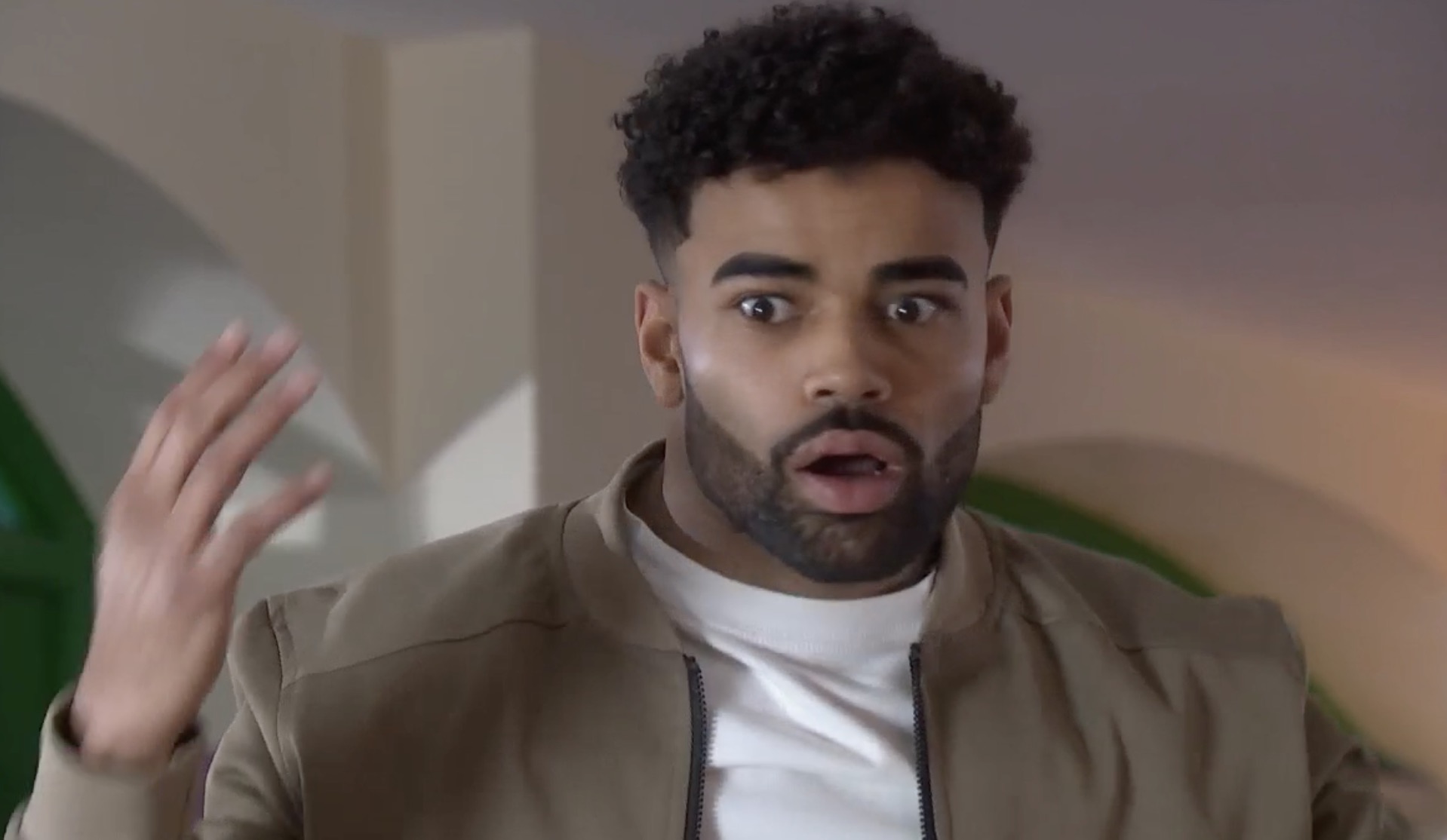 The janitor was sacked on the spot, despite having not done anything wrong.

The real culprit was none other than John Paul (James Sutton), who was present when Prince was given the boot, but he said nothing.

John Paul, as viewers know, has been seeking solace in the booze, following his ordeal at the hands of former boyfriend George Kiss (Callum Kerr).

The deputy head teacher has been suffering in silence, keeping his feelings a secret from all those around him, and claiming that he’s not got a drink problem.

But he soon came to realise that this wasn’t the case earlier this week, after found out that he’d paid for sex with Luis (Ben Wiggins), which he couldn’t remember due to the amount of alcohol he’d consumed on there night in question.

He decided to cut the drink out of his life once and for all, which resulted in him experiencing withdrawal symptoms.

Prince, meanwhile, received word that the silent alarm had been tripped at Hollyoaks High, and thus he resolved to go and check it out. John Paul, however, offered to do it for him, concerned that someone might find his secret stash of booze in the building.

Little did he know, however, that Leah Barnes (Ela-May Demircan) and DeMarcus Westwood (Tomi Ade) had already done so.

John Paul soon made the discovery when he found DeMarcus out cold on the floor, seemingly suffering from alcohol poisoning.

The student, thankfully, was okay.

Sally, meanwhile, was appalled to discover that the booze was found on school property, assuring Felix (Richard Blackwood) that a full investigation would be carried out.

But she soon jumped to conclusions, assuming that Prince was to the blame for the incident. In tense scenes, she declared that he no longer works at the school.

Will Prince end up paying for JP’s mistake? Or will John Paul ultimately come clean?