Keira Knightley fell asleep when filming a scene in THIS major movie: Can YOU guess which?

Keira Knightley shot to fame two decades ago at the age of just 17. The actress bagged the role of Elizabeth Swann opposite Johnny Depp’s Captain Jack Sparrow in the first Pirates of the Caribbean movie. However, she also featured in another major franchise movie before, back when she was an unknown.

Natalie Portman, who played The Queen of Naboo ended up dubbing over her lines.

It turns out Knightley won the role because of her close resemblance to Portman.

Even the girls’ mothers found it hard to tell them apart while in their full Star Wars makeup. 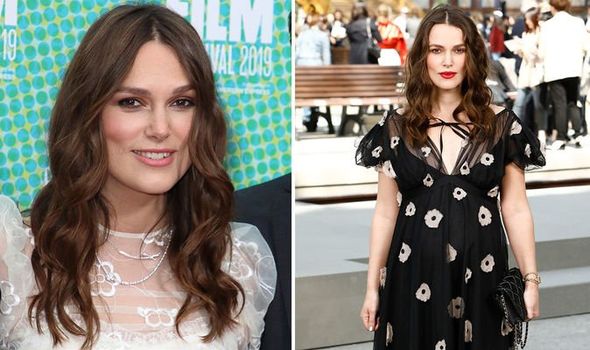 Now, in a new interview with Total Film, Knightley has revealed that she actually ended up falling asleep while filming a scene.

“I remember the headdress being so heavy, it gave me a headache.

“I really remember the headache from one of the headdresses.”

Knightley added: “And I remember being in the background for such a long time that I’d actually fallen asleep.

“I was just sitting in a chair, and I was in the background, but I couldn’t keep my eyes open.

“I really remember that. But apart from that, I don’t remember anything else about it.”

Despite having played a couple of Disney leading ladies, Knightley has banned her daughter from watching the franchise’s movies that lack feminist values.

When promoting her new Disney movie The Nutcracker and the Four Realms a couple of years back, Knightley told Ellen: “Cinderella. Banned.

“Because y’know she waits around for a rich guy to rescue her.

“And this is the one that I’m quite annoyed about because I really like the film, but Little Mermaid [is banned, too].”

She continued: “I mean, the songs are great, but do not give your voice up for a man. Hello!

On March 24, Disney+ is finally launched in the UK. The streaming service will feature all the Pirates of the Caribbean movies, most of Star Wars and many Disney princess films.