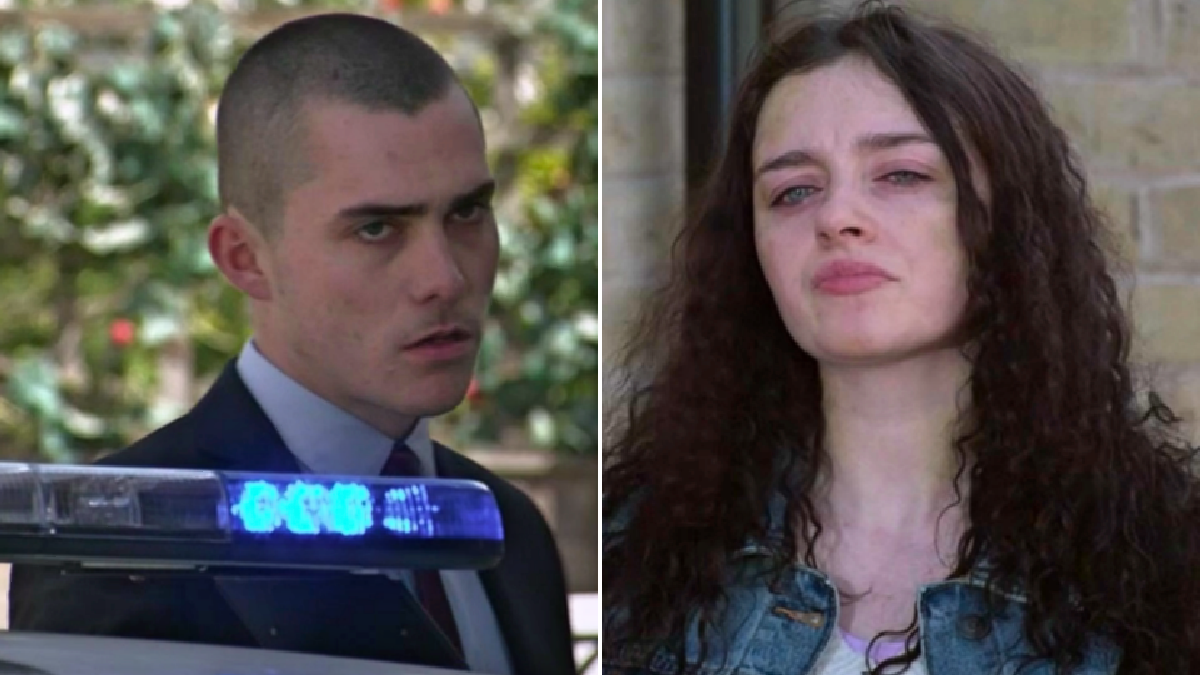 Nina has been struggling to cope in the wake of Seb Franklin’s (Harry Visinoni) death, and has been seeking solace in alcohol.

Roy Cropper (David Neilson) has been incredibly concerned about her, but in spite of his pleas, she’s continued to drink.

Monday’s edition (June 14) of the ITV soap saw Nina ignore Roy’s request to return home, as she got into a taxi and headed into town, and tonight, we learned that she spent the night in the company of a much older man named Hughie.

Desperate to forget, Nina headed to the Rovers, and invited Hughie along for a drink, but Hughie caused a scene, forcing Diasy Midgeley (Charlotte Jordan) to kick him out.

Nina left with him, as they decided to return to his hotel. Upon arriving, she came face-to-face with her boyfriend’s killer Corey, who was speaking with footballer Tommy Orpington, and his agent, about his future.

The young woman wasted little time in introducing herself to the gentlemen in Corey’s company, explaining all about how Corey killed Seb. The men made a swift exit, as did Corey, but Nina pursued him with the murderer’s heavy football award in her hand.

Abi Franklin (Sally Carman), having been tipped off about Nina’s whereabouts by Daisy, arrived in the nick of time, as she to talked Nina out of doing anything rash. The pair bonded over their shared grief, and returned to the cobbles.

Corey, however, later showed up at the cafe intent on retribution, as Nina’s actions evidently scuppered his chances of signing with Tommy’s agent.

A showdown ensued on the street outside, with Corey branding Nina a ‘freak’ once again. Nina retaliated by smashing his award to pieces, but evil Corey rushed towards her.

Roy, having seen Corey from the window above, showed up, reminding Corey how his presence on the cobbles is a breach of his bail conditions, before revealing that he’d called the police!

‘Thank you for coming to my rescue,’ Nina said to Roy, ‘Once again.’

Corey was loaded into the back of the police car, but not before sinisterly smirking at Nina.

Coronation Street continues Sunday June 20 at 8pm on ITV. All of this week’s episodes are now streaming on ITV Hub due to scheduling disruptions caused by Euro 2020.