Last Kingdom: Why did Thyra have to die? Fans’ outrage at death

The Last Kingdom is on Netflix now and the popular Anglo-Saxon series has been renewed for season five. The series, based on The Saxon Stories by Bernard Cornwell, follows “Dane Slayer” Uhtred of Bebbanburg (played by Alexander Dreymon). In the series, Uhtred has a sister called Thyra (Julia Bache-Wiig) and she suffered a terrible fate.

Why did Thyra have to die in The Last Kingdom?

Thyra was one of the main characters in The Last Kingdom and she also played a role in Cornwell’s books as the daughter of Earl Ragnar (Peter Gantzler).

She starred in a total of 13 episodes between seasons one and three, but she remains one of the best-loved characters.

Thyra had been kidnapped by Sven (Ole Christoffer Ertvaag), an antagonist in the series, and she spent a long time held captive in a cage with her pet dogs.

In season two Uhtred and his brother Ragnar (Tobias Santelmann) managed to track down Thyra but she blamed her brothers for not attempting to rescue her.

Father Beocca (Ian Hart) managed to console her and they end up forming a strong relationship, with the priest eventually asking Thyra to marry him. 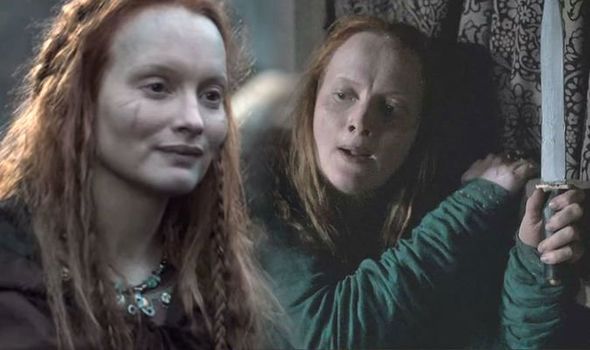 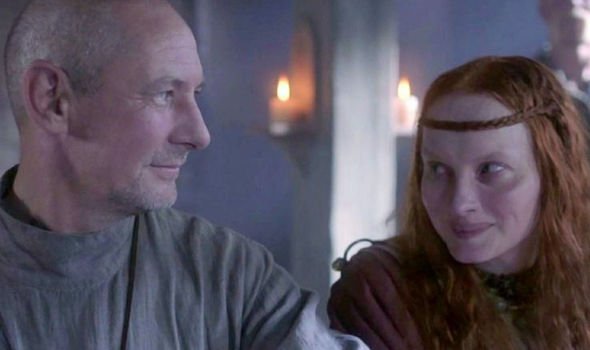 Thyra almost died during a Dane attack on Coccham but thankfully she managed to run to safety.

This was until season three when Thyra was taunted by Tidman (Ciáran Owens) from Wessex who told her she had no place in King Alfred’s (David Dawson) company.

She ran home and bolted the door for safety but Tidman followed her, and she hid herself under the floorboards in the house.

Tidman spotted her under the floorboards and she stabbed him, but he had already set the house on fire, leaving Thyra trapped.

So she did not burn to death, she ended up taking her own life by stabbing herself with her own knife.

Fans found her demise particularly brutal and they were shocked to see her leave the series. 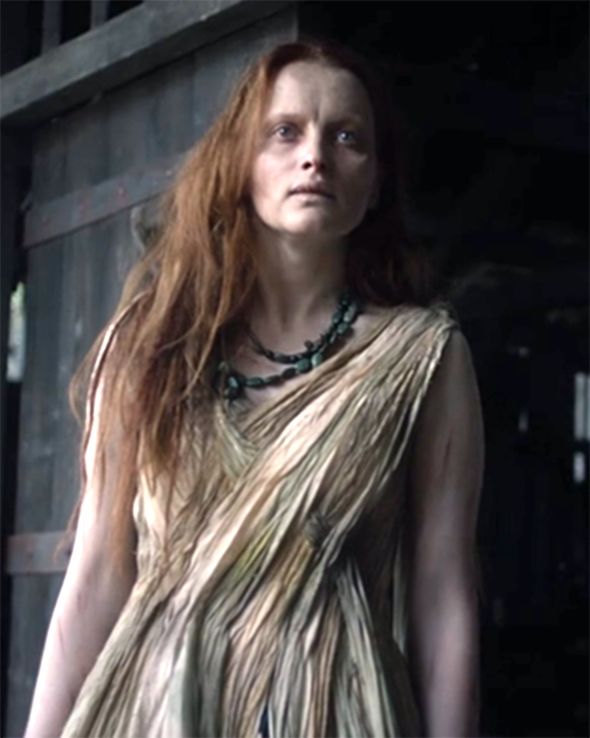 They have taken to Reddit to discuss her death, which plays a much smaller role in the series of books by Cornwell.

Gankeshu said: “She was my favourite character on the show, thanks for killing her in such a dumb way.

“I kept watching this season and I kept thinking, ‘They sure seem to have put Thyra in the corner a lot’.

“I mean I was actually excited to see where her story would go next. “Compared to the rest of the gang she wasn’t a warrior or a damsel, she was kind of her own person.

“It was a complete waste of a good character they could have done so much more with. I just don’t get it at all. It really felt like a walking dead moment where they kill a character for the shock value.”

Other fans explained how in the books her character seems to disappear into the background after her marriage to Beocca. 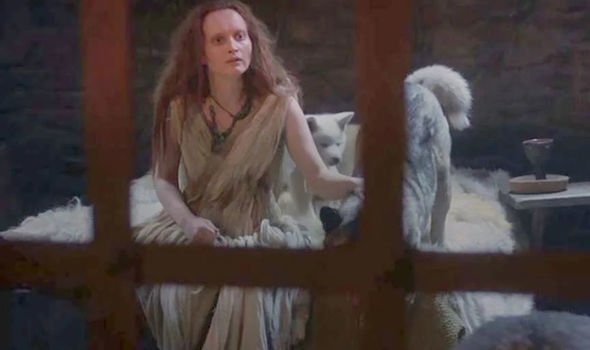 Runningstitch said: “In the books she just fades into the background with her children after she marries Beocca.

“Once a character (or character trait) doesn’t help Uhtred along his path to tell the story of England’s unification, they are let go.

“If the other option was letting her fade into obscurity, I prefer the way they have her go. Her death and Beocca’s reaction was my favourite scene in season three.”

Beocca was left heartbroken after he learned of Thyra’s death and spotted the burning house, and it was one of the most emotional moments of the series.

Other fans have pointed out she had no further role to play in the storyline, so her death was the only way the story could continue.

“Sure they could’ve mustered up a completely pointless side drama with Thyra and try to give her a more prominent role but that would’ve just spoiled the character, it’s better that they killed her off rather than spoil the character.”

Other fans have called her death scene “heartbreaking” and they would have loved to have seen more of her character in season four.

Himundra said: “Can’t get over Thyra’s painful death. After all those years of suffering. I cry for her every time.”

In the books Thyra simply dies of old age, so her death in the series definitely amped up the drama.

The Last Kingdom is on Netflix now