LIAM Gallagher's wild-child son Gene is the latest of the family to find love – after hooking up with a brunette named Amelia.

My sources say the couple, who met through mutual friends, have been dating since last year. 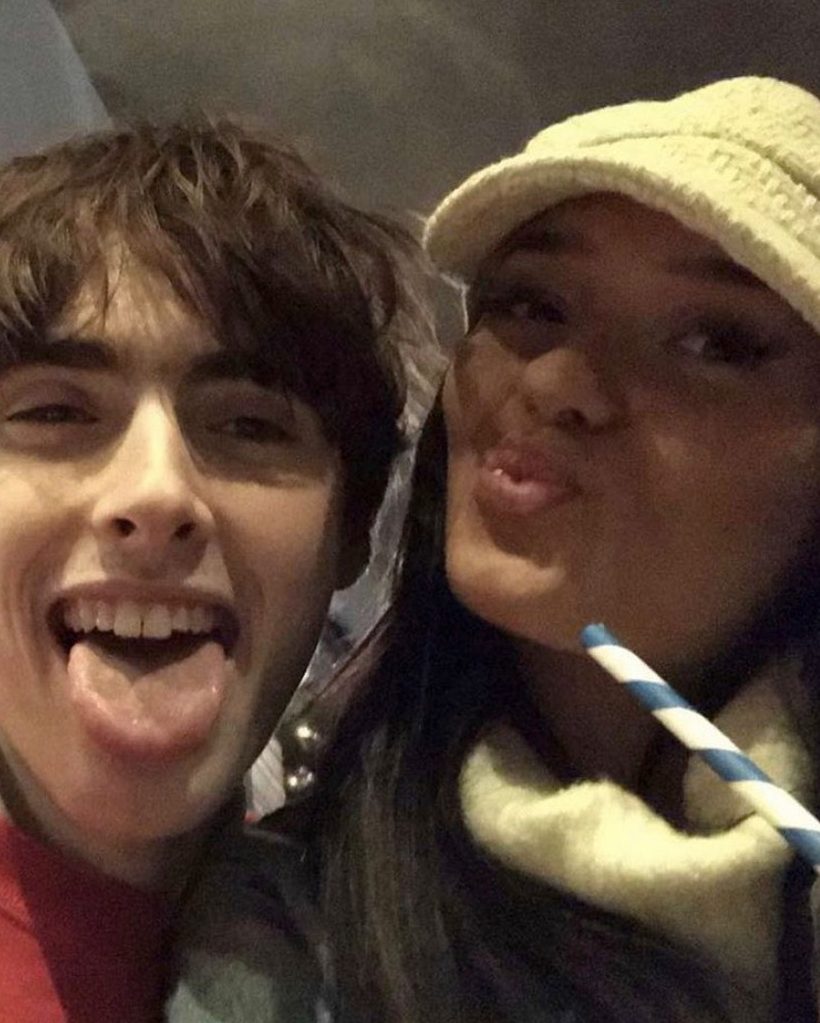 And they decided to go public with their romance on Valentine’s Day, with a loved-up Gene referring to his new girlfriend as “my wife”.

A source told me: “Gene couldn’t be any more head over heels for Amelia.

"Their romance has been going from strength to strength, and he’s described her publicly as his wife. He can’t stop smiling.” 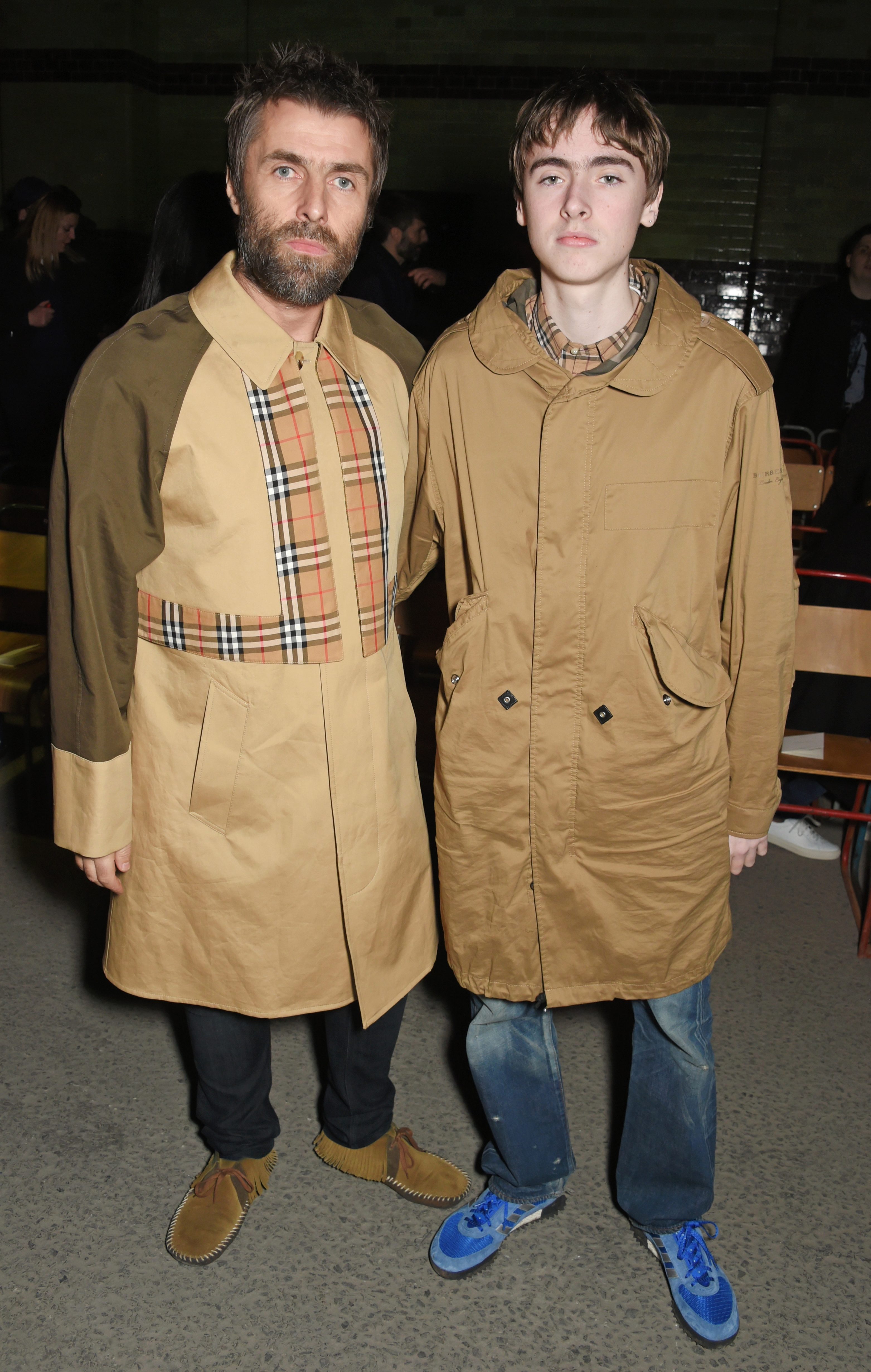 And the fact both those romances ended tragically didn’t seem to bother him.

Heroin addict Sid was charged with murdering Nancy in a hotel room in 1978 but died of an overdose before his trial, while Nirvana legend Kurt, also a heroin addict, killed himself in 1994.

But Gene — Liam’s son with All Saints sing­er Nicole Appleton — gushed: “Happy Valentine from the two biggest outlaws in the world . . .  Sid and Nancy, K and C, adore and more, love, love, love.”

My source added: “Gene clearly sees the two of them as partners in crime, even if his choice of romantic idols here might be a bit unfortunate.” 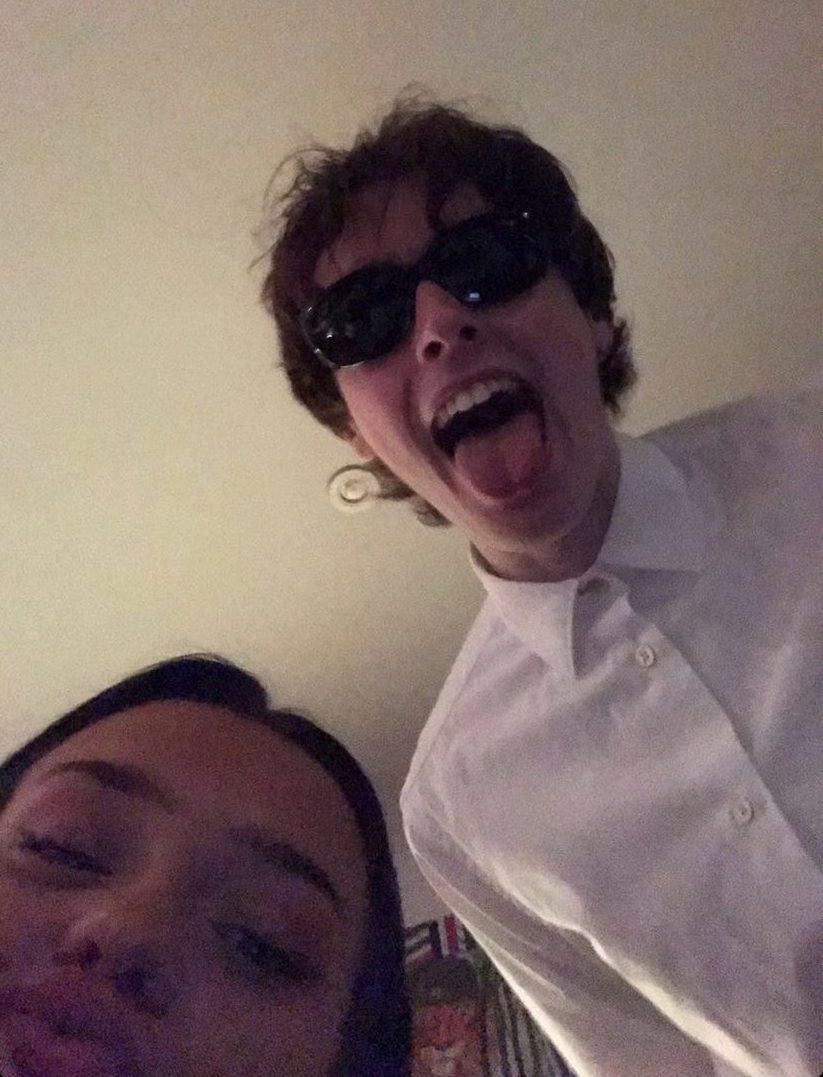 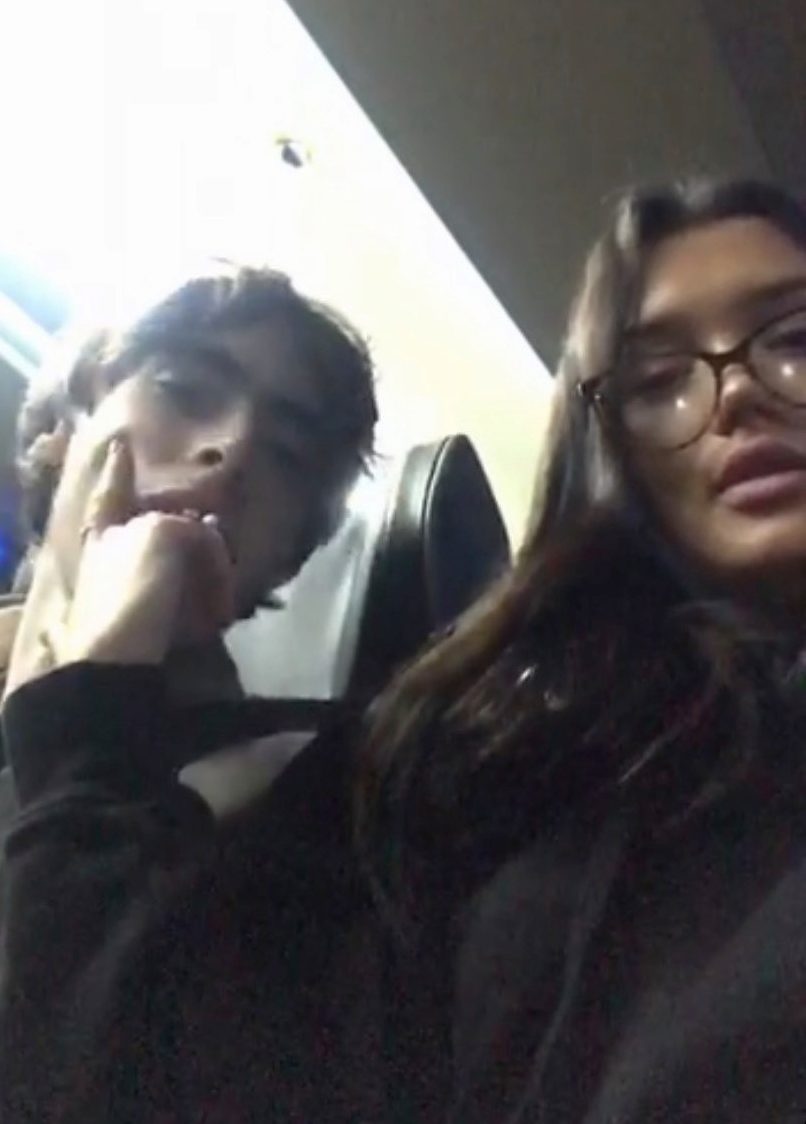 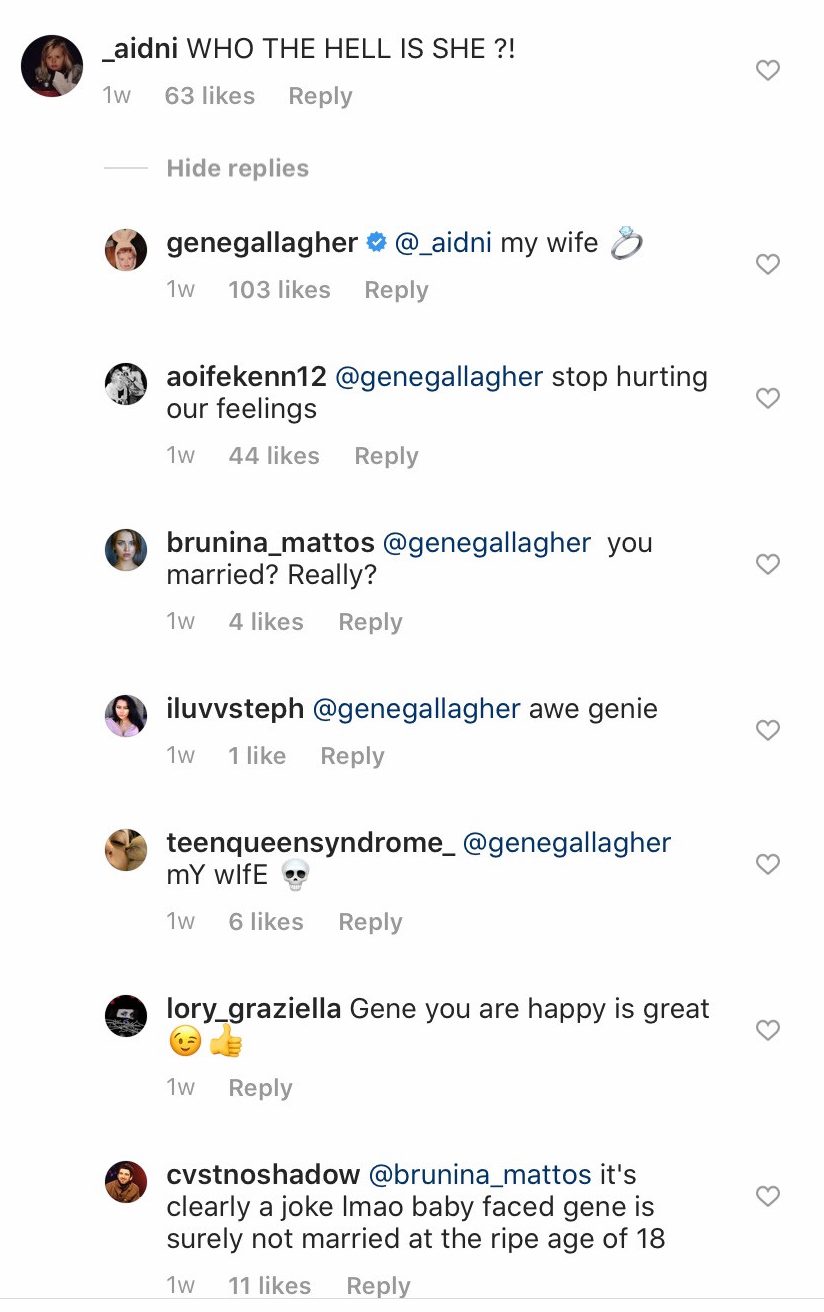 But I imagine given the pair’s history, Noel's daughter won’t be getting in touch with Gene to congratulate him after he sniped: “U look like ur dad with a blonde wig on.” 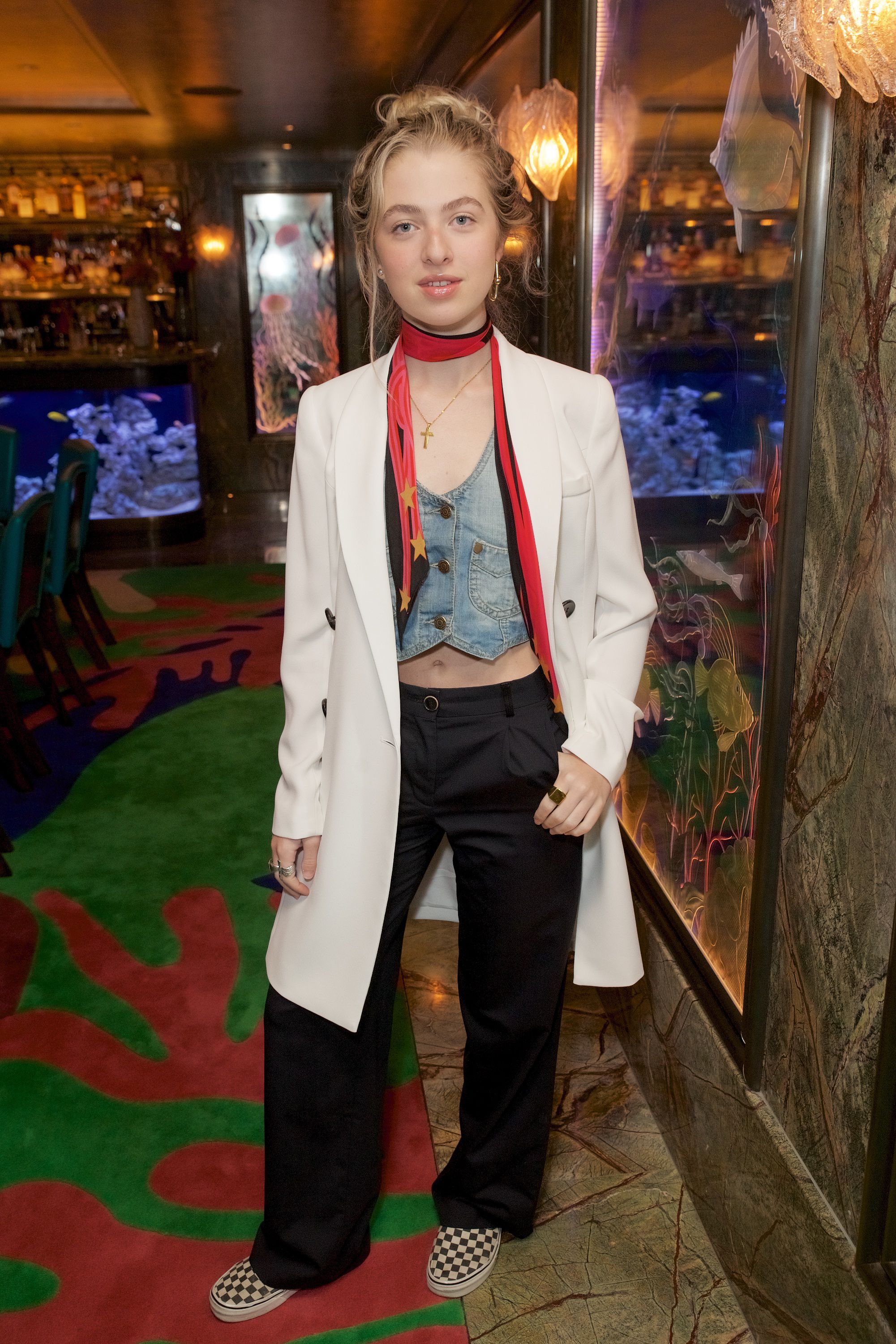 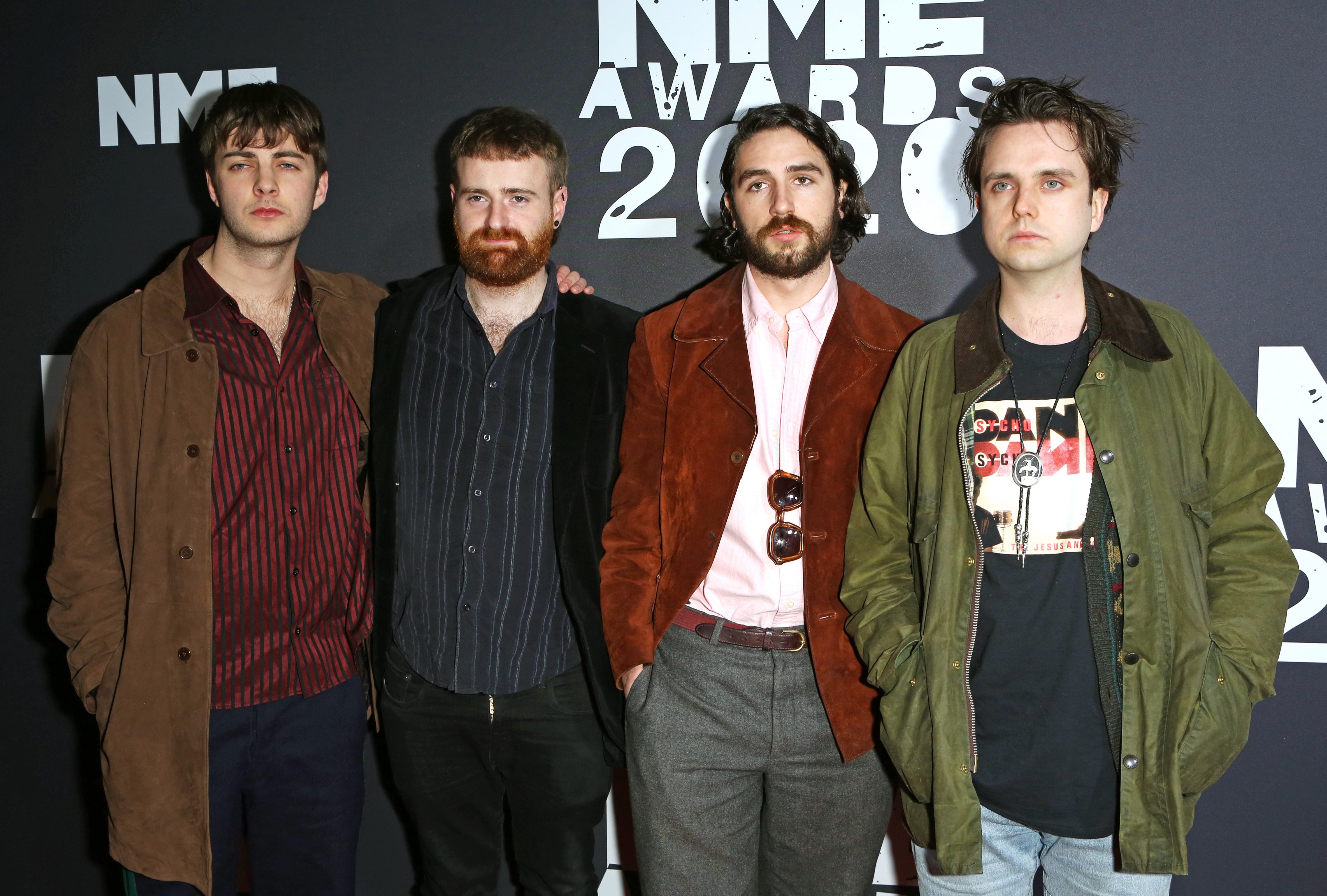 IT’S pretty brave to swagger on stage, wind up the crowd then announce your first song with: “This is a new one!”

Fans bayed for hits from their debut album Dogrel, but were made to wait as they played new material first.

The Irish band kicked into life in the last 30 minutes with anthems Boys In The Better Land, Hurricane Laughter and Too Real.

There are definite similarities between the sulky singer and a young Liam Gallagher, as he marched up and down the stage like a man possessed.

Finishing with raucous hit Big, they definitely saved their best til last.

DUA Lipa is to headline The Other Stage at ­Glastonbury this year, I can reveal.

My sources say Dua, who releases her second album Future Nostalgia in April, has just been signed for the Worthy Farm gig. 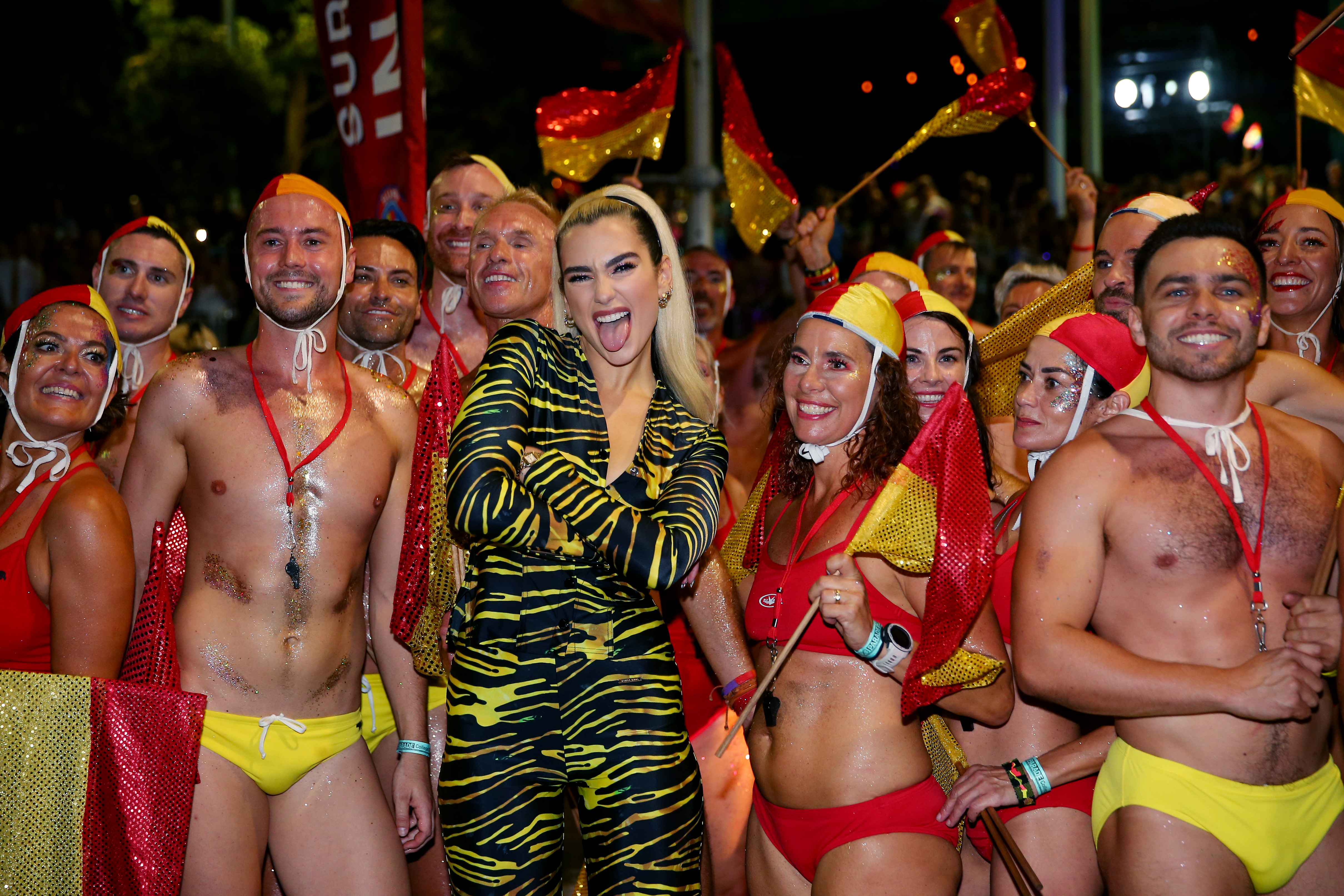 And they say the decision to have her top the bill on The Other Stage was made by co-organiser Emily Eavis in a bid to increase the number of female headliners.

One said: “There was definitely an argument to say Dua should have been on the Pyramid Stage, but Emily wanted to have her on board as a headliner.

“She wants male and female artists to be equally prominent on the festival’s bill this year.

“Dua’s fans will be thrilled and she’s looking forward to putting on a show to remember.” 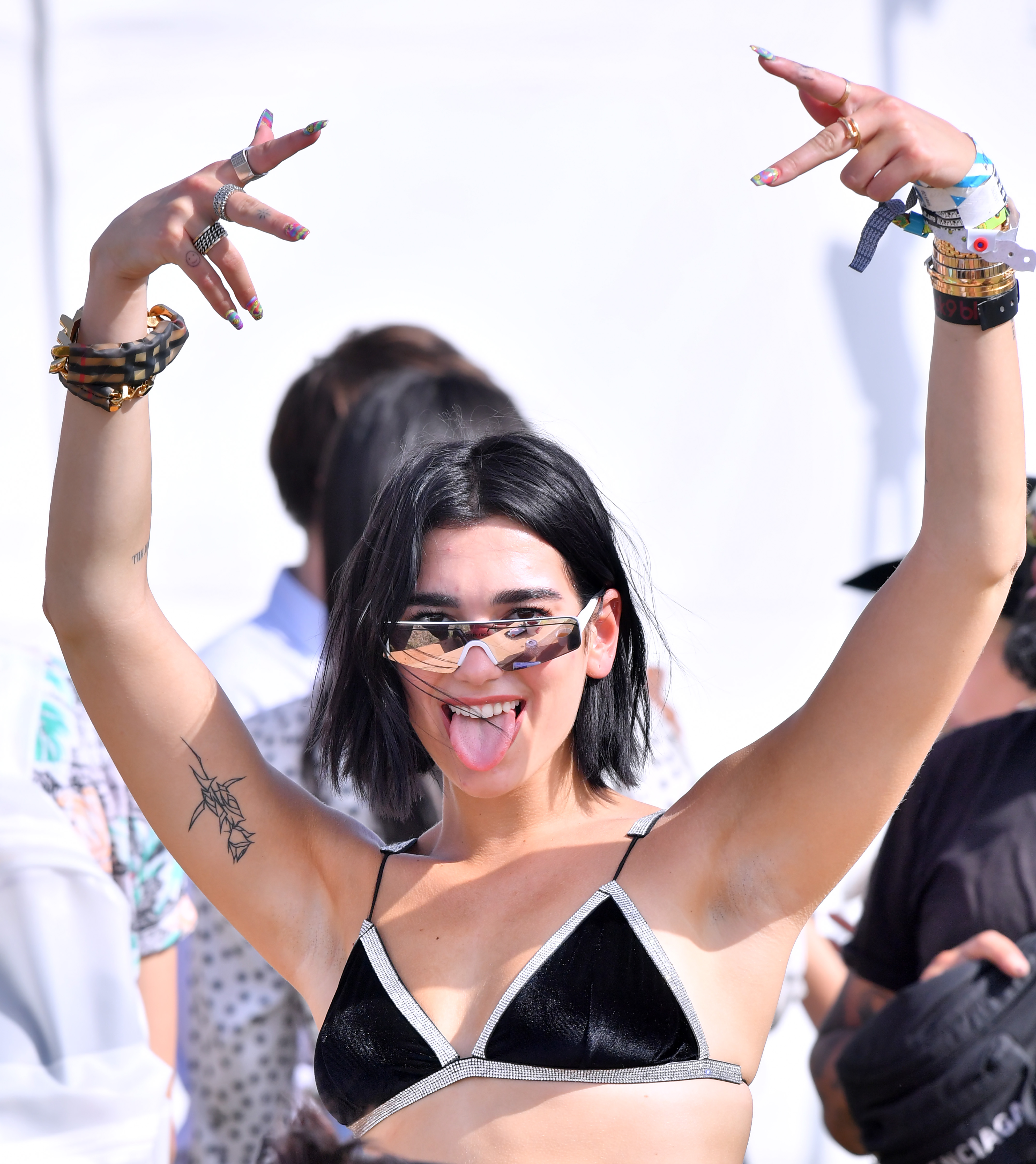 The pop beauty – who soaked up the Glasto atmosphere with other revellers last year, and performed on the John Peel Stage in 2017 – put on a good show this weekend as she partied with fans at the Mardi Gras ­celeb­rations in Sydney, Australia.

And though she clearly got into the spirit of the occasion, her outfit made her look a bit overdressed next to her pals in Speedos.

Sam Smith, who also turned up, had a similar problem thanks to a tie-dyed suit jacket. But combining it with a wet T-shirt must have cooled things down considerably. 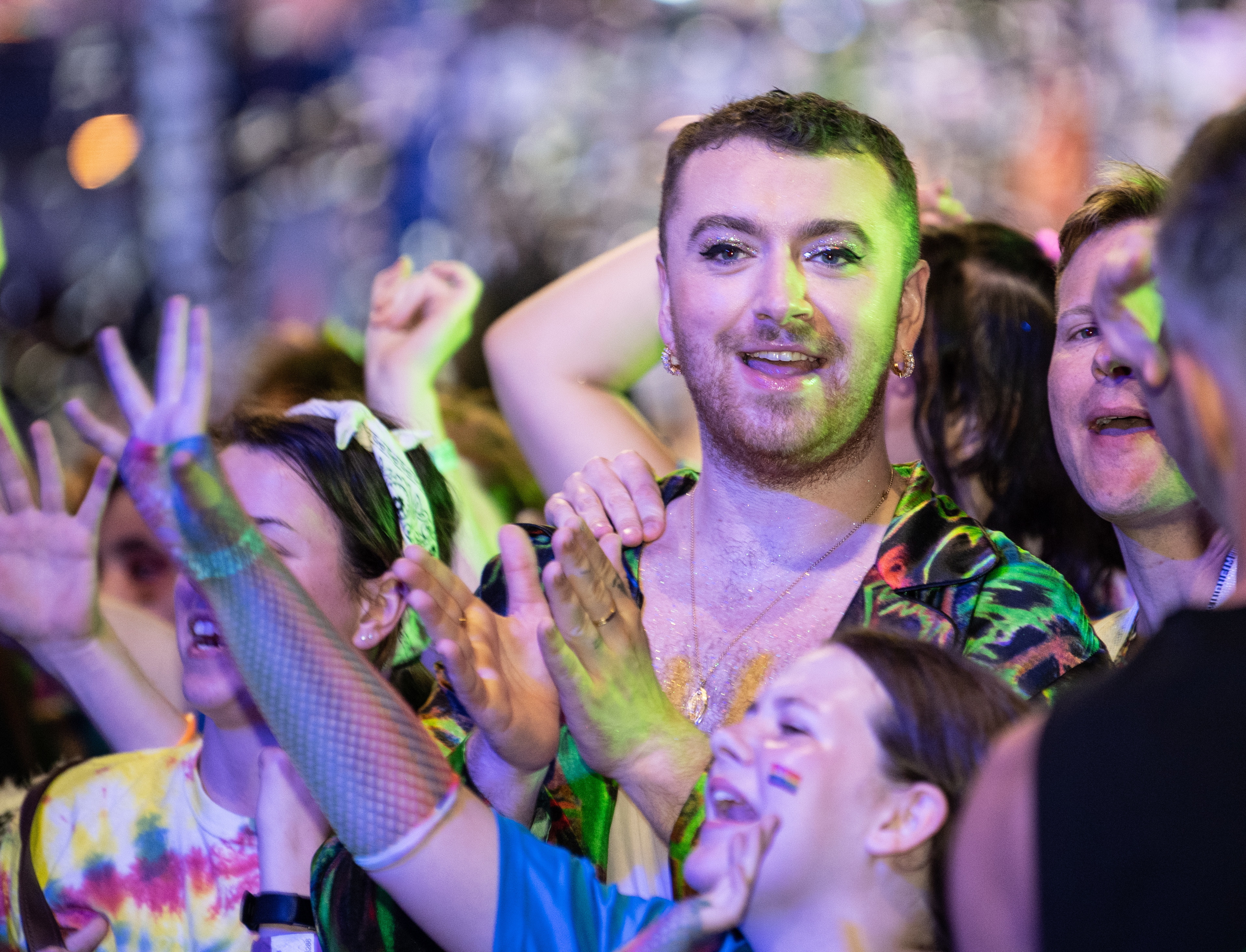 FORMER party girl turned wellness expert Davinia Taylor had a severe reaction after trying out a new procedure in which patients are injected with Frog Poison. 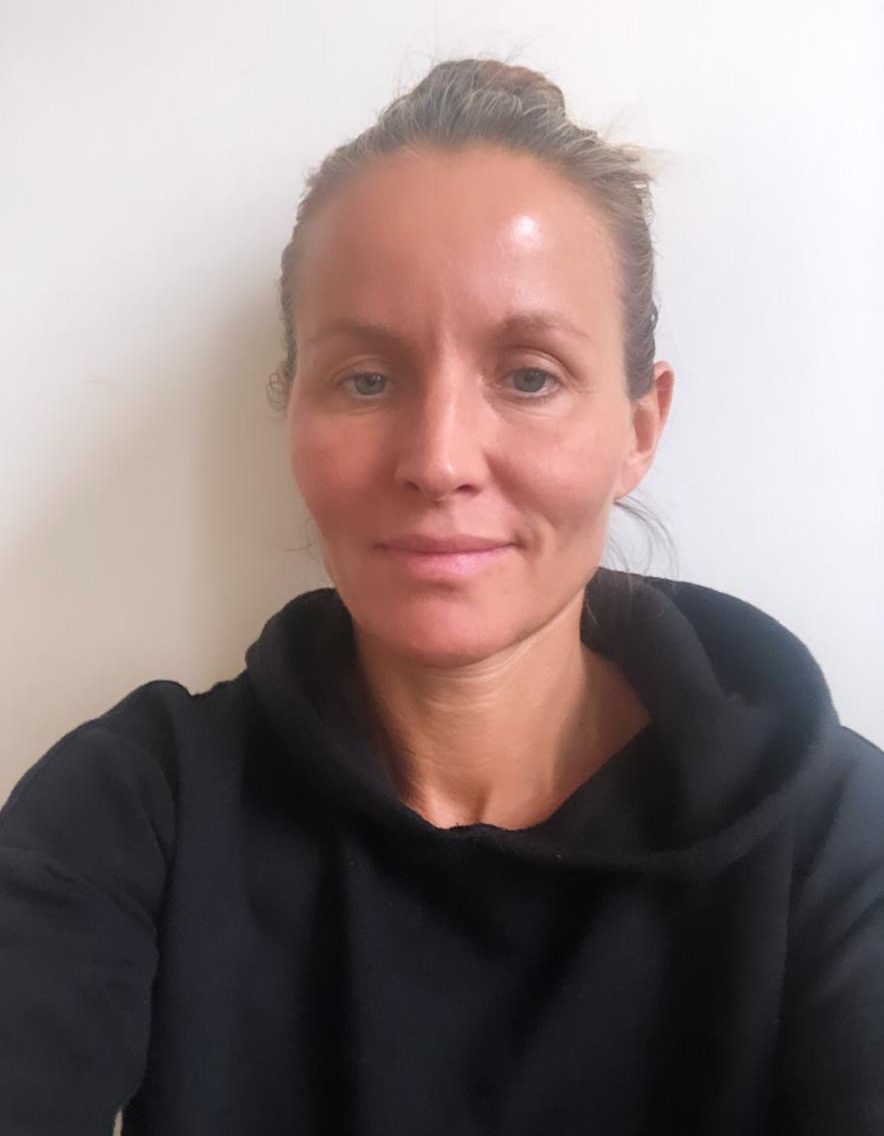 The process uses Kambo – a waxy secretion from the giant monkey frog – which is said to have strong detoxifying and anti-inflammatory properties.

Practitioners claim it can be used to combat serious conditions including ­cancer, HIV and diabetes.

But after the injection, stricken Davinia was sick five times and saw her face swell to twice its normal size.

It turns out injecting frog poison into your face is bad for you. Who knew? 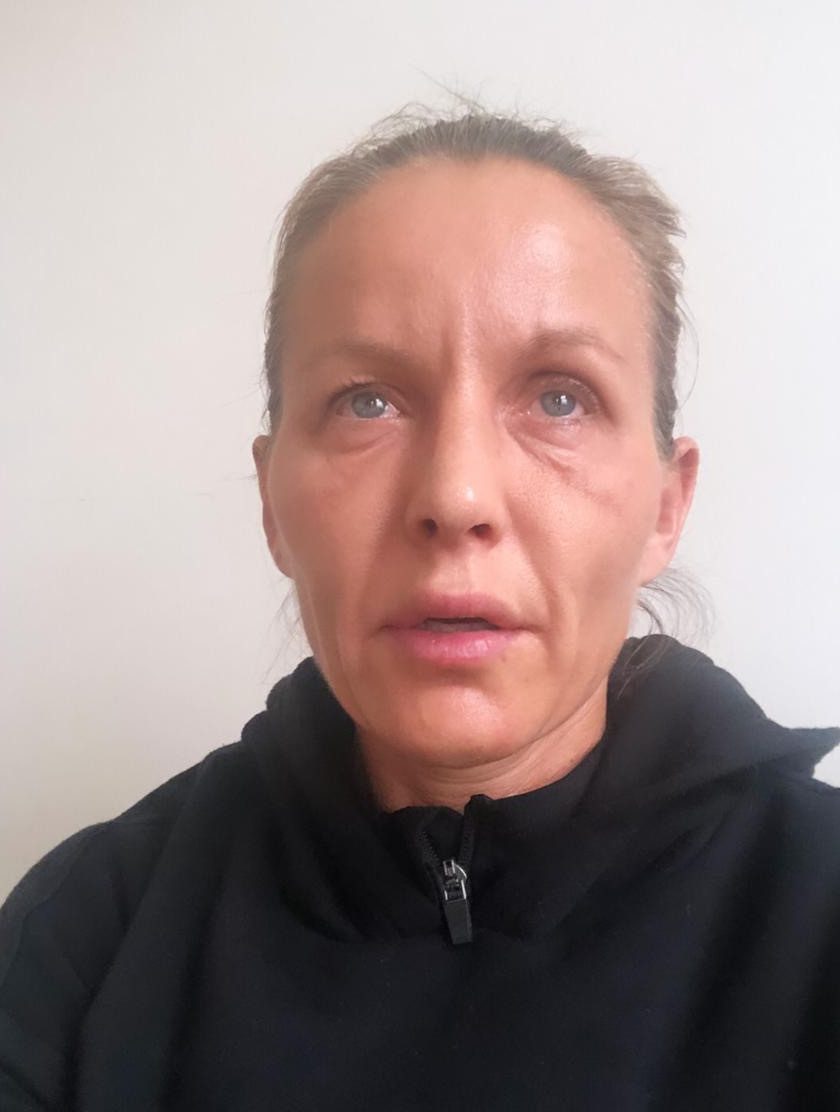 DANCING On Ice semi-finalist Ben Hanlin will pay tribute to his wife Briony on tonight’s show.

Each semi-finalist has been asked to choose a track to perform to that means a lot to them.

Magician Ben, who has chosen to skate to Jake Bugg's hit Lightning Bolt, said: “It’s the song that played the moment we got married.”

Joe Swash will skate to Simply Red's Stars, Perri Kiely is to perform to Craig Armstrong’s score for the Romeo and Juliet balcony scene, and Libby Clegg has picked I’m Gonna Be (500 miles).

A vocal job for TV Lucy

I HEAR Lucy Fallon has got her first job since revealing she is quitting Corrie this month.

The actress, who plays Bethany Platt in the ITV soap, will narrate an audio book, What Makes Us Stronger, by Manchester Arena bomb survivor Freya Lewis. 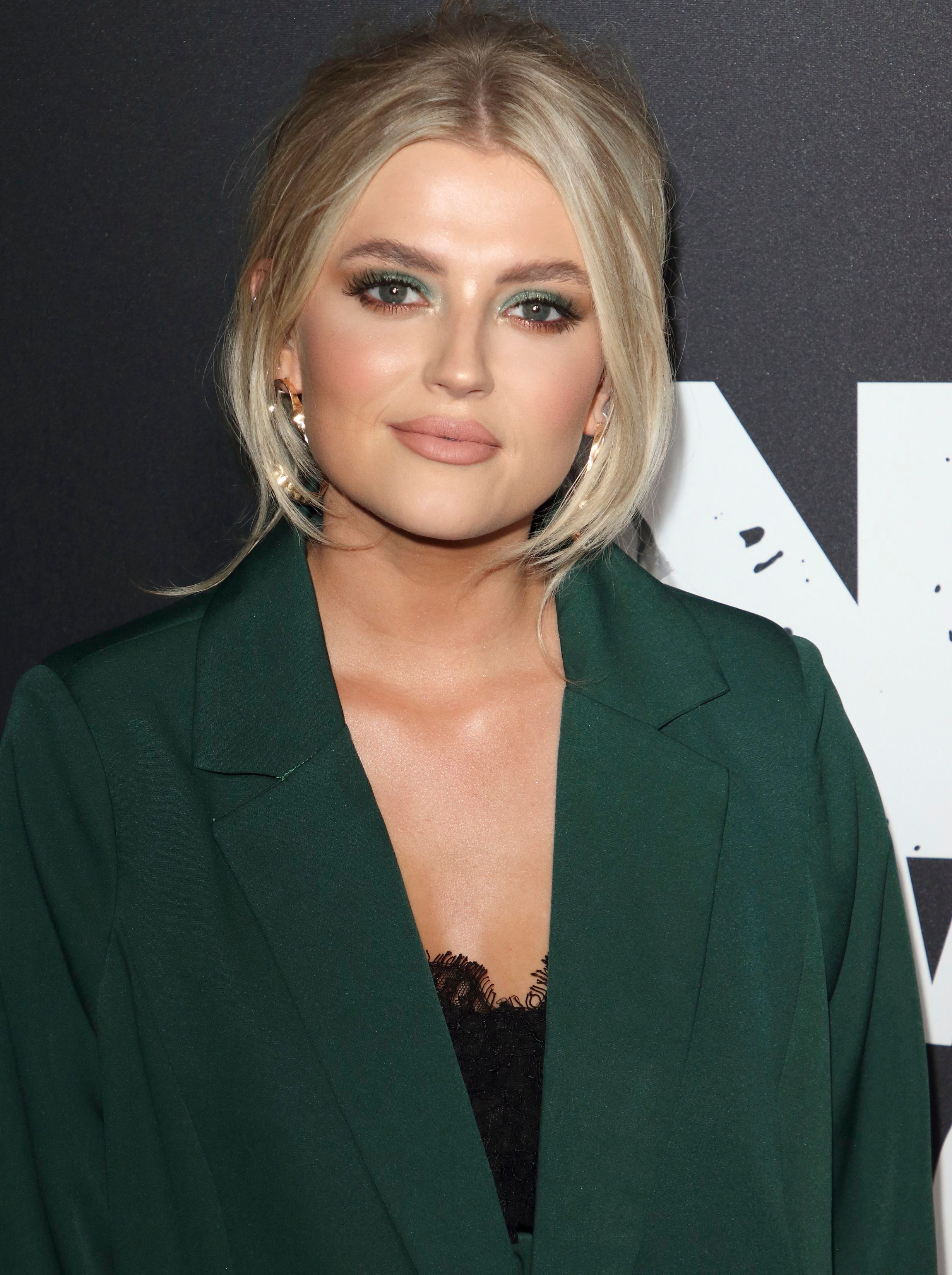 My source said: “Lucy was delighted to be asked to do it. She has been so touched by Freya’s story and she feels honoured to be involved in telling it.”

Lucy recently said she will follow her dream of becoming a midwife if the acting roles dry up.

Let’s hope she can stick to the scripts and steer clear of the scrubs.

“I think I saw Jesus for an entire week.”

It's Dot on spot

JUNE Brown has her first post-EastEnders work lined up – talking to an audience about her time on the BBC soap.

June, who announced last month she was leaving the series after more than 30 years, will discuss her role as Dot Cotton and share secrets from the show at South London’s Colour House theatre next month. 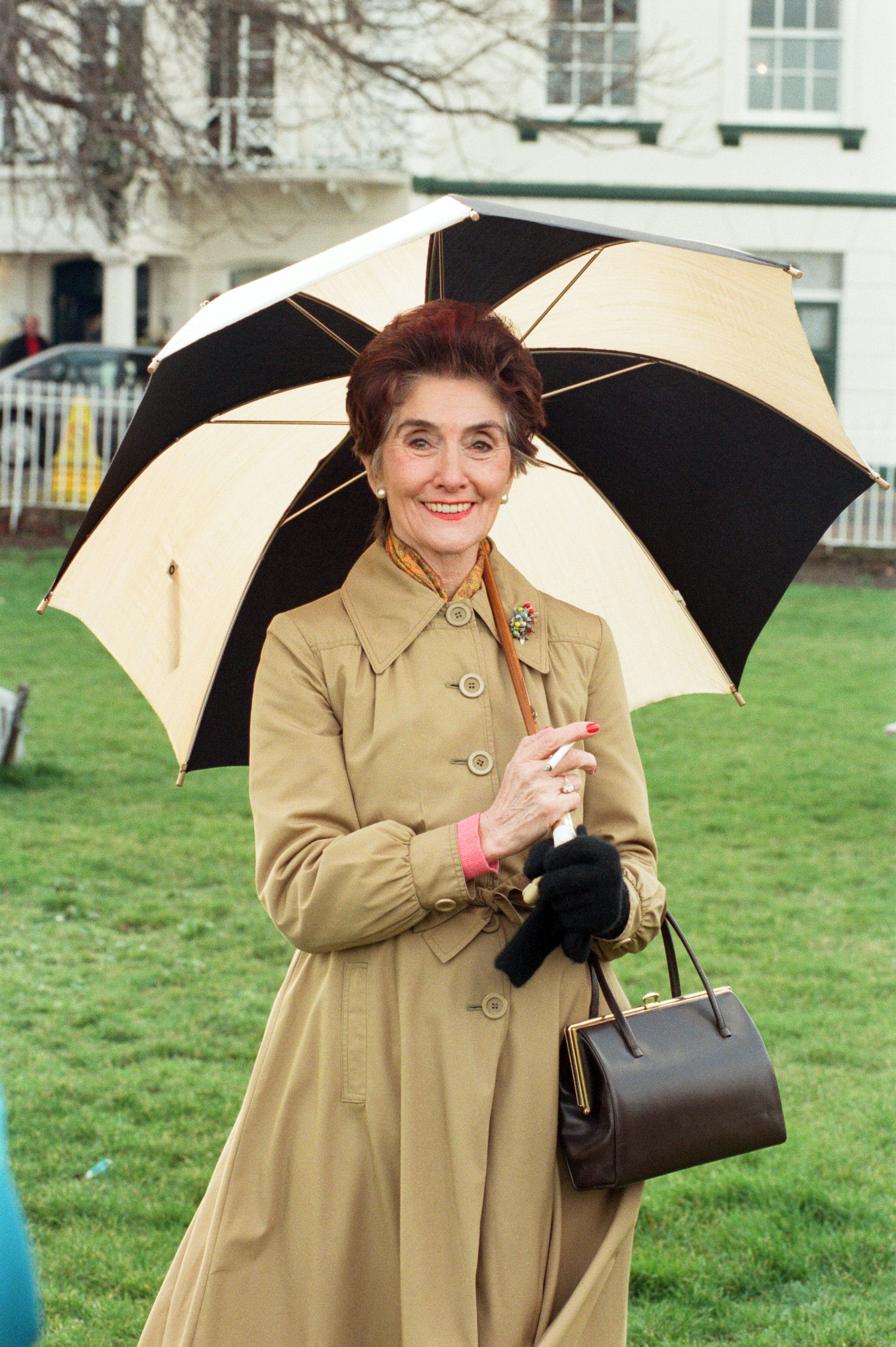 With her will be John Altman, who played her screen son, Nasty Nick.

The pair will pose for photos together for a fee at the event, which is in aid of the theatre’s children’s charity.

As June is 93, a role in the new Bond film might have been a bit unlikely.

Phoebe's not the only star

The musician, who composed the music for the BBC sitcom, has signed to Mercury KX and released track September. 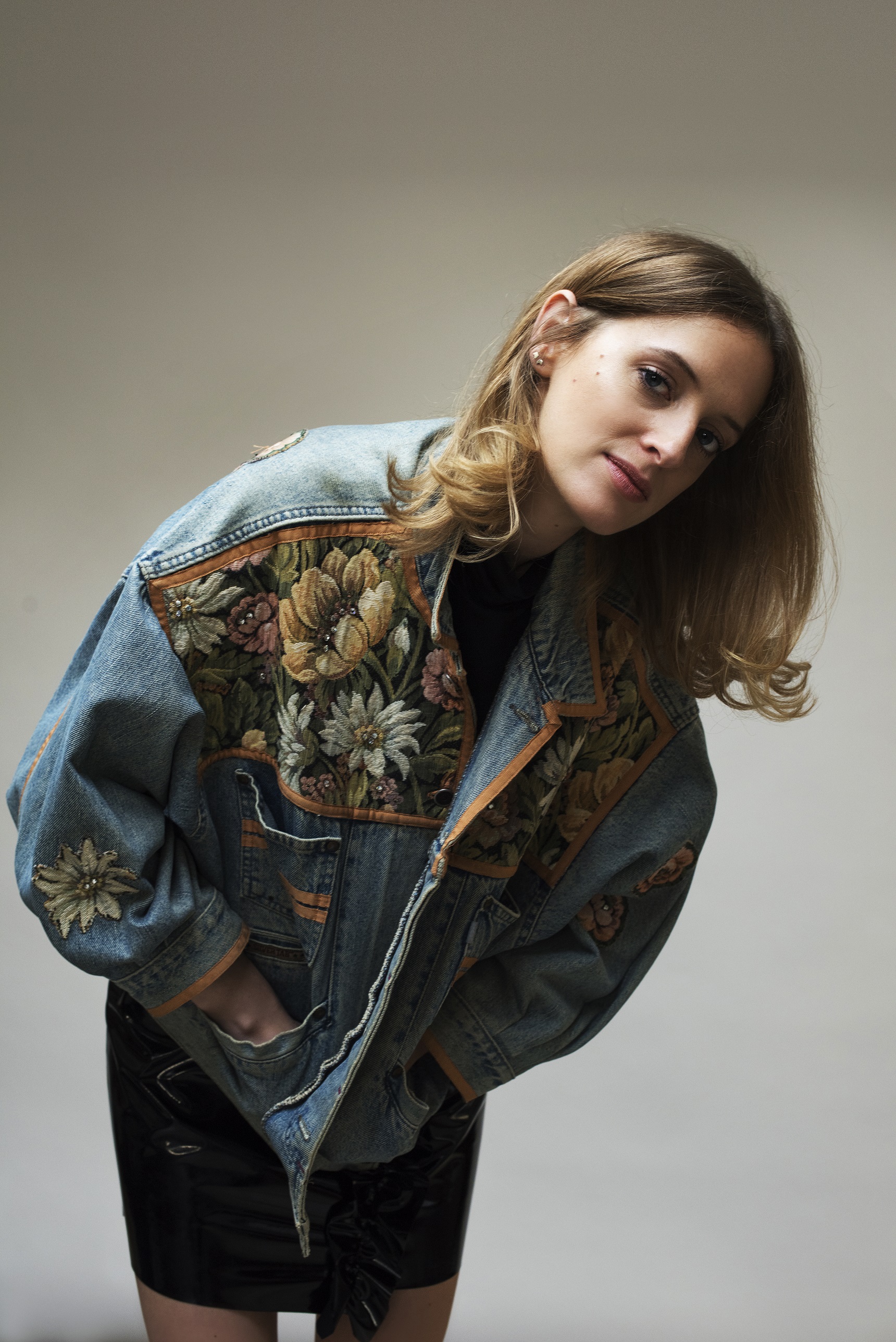 Isobel says: “I’m so excited to have signed with Mercury KX and to start work on what will be the most personal music of my career.

“The song has a clarity and intimacy that reflect the very personal journey I’m about to go on.”

I can’t wait to hear it.