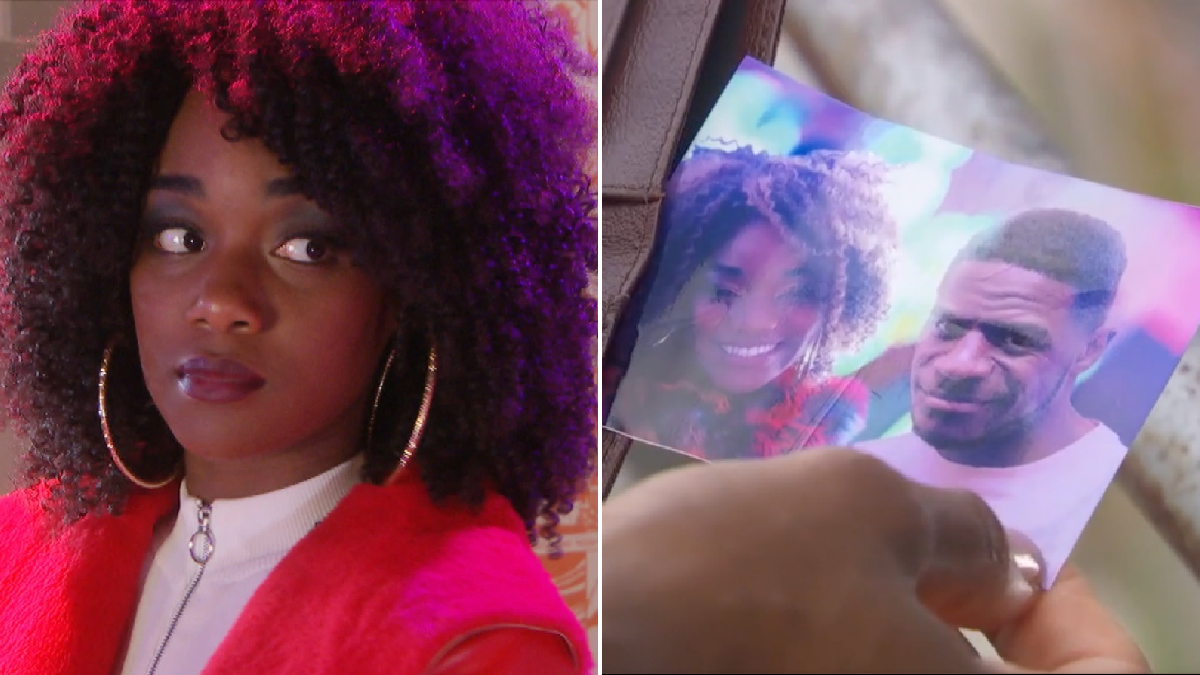 Hollyoaks made reference to Lisa Loveday (Rachel Adedeji) for the first time in months, as the soap revealed that she was a former love interest of Nate Denby’s (Chris Charles)!

Viewers knew he was up to something from the minute he set foot in Grace Black’s (Tamara Wall) flat and, soon enough, it came to light that he was interested in the Deveraux clan.

The reason why remained unknown, until now.

Nate, as was revealed last month, is actually an undercover cop, working on a big case with partner Lexi (Natalie Anderson).

Wednesday’s (November 10) offering of the Channel 4 soap confirmed that the duo are supposed to be investigating Bluebird – the online streaming operation run by Fergus Collins (Robert Beck), which saw him install camera in the homes of his tenants, before streaming the footage online.

Nate, however, has gone rogue, much to Lexi’s dismay.

Why? Well, the copper has his own investigation underway, and it’s in relation to the Deveraux family.

‘Someone I love is missing,’ he said. ‘And someone in [the Deveraux] family know what happened to her. I’m not stopping until I find out.’

Nate then removed a photo of his wallet, which revealed that the person he’s referring to is none other than Lisa Loveday.

Viewers have long wanted the crime to be exposed. The question is: will Nate succeed in getting to the truth and thus bring Toby down?