Megan Markle was a Deal or No Deal briefcase girl but what happened to the others? 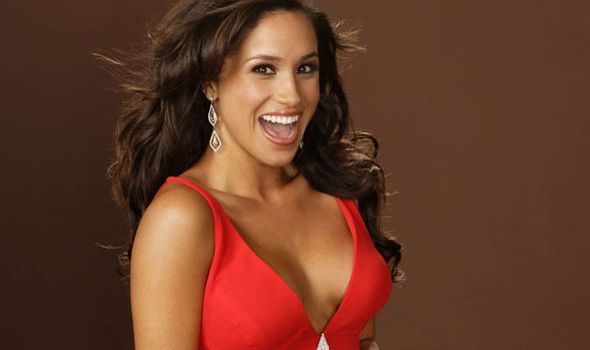 While contestants in the UK were made to open boxes for their fellow competitors, in America the models – known as “briefcase girls” – opened cases containing sums between one cent and a whopping $1m. And some of those models have gone on to have glamourous careers – including of course Meghan Markle, who married Prince Harry.

But before she became an actress, Meghan appeared in 34 episodes of the game show between 2006 and 2007. Yes, she carried briefcase #24 on this show before she picked one up on legal drama Suits as Rachel Zane.

And she was one of many to become a household name in America after appearing on the show. Here are some of the other briefcase models – and where they are now.

The model-turned cookbook writer has gone on to be a hugely successful star since appearing on eight episodes of the show.

After leaving the show in 2008, she appeared in Sports Illustrated’s 2010 Swimsuit Issue, and became a pin-up.

The 35-year-old TV star married singerJohn Legend in 2013, and have two children together, Luna and Miles.

In October last year, charities praised Teigen for her decision to share a series of photos from the hospital, showing her heartbreak after losing her baby.

She recently took a break from social media, while engulfed in a cyberbullying row, after model Courtney Stodden accused her of trolling.

This month, the mother-of-two wrote a long blog apologising for her actions and admitting that she had been “a troll, full stop.”

The only Briton to feature as a model, she starred on the show alongside Meghan Markle.

The former Miss Europe and Miss UK International, who was born in Oldham, held case number 22.

But she quit her modelling career for a degree in Mechanical Engineering at Leeds University and is a member of high IQ society, Mensa.

Now she shares updates of her life on Instagram, with her 20,000 followers, including throwback modelling photos.

Talking to Sri Lankan magazine HI! about her time on the show, she said: “I remember having to be on set from very early in the morning and how uncomfortable having to be in heels all day was.

“It was fun being with lots of other girls my age and being part of a hit show. I would say overall I had a really good experience!

Reminiscing about her now royal ex-colleague, she said: “Meghan Markle was very sweet and quiet and we would chat and relax on breaks. Everyone I met was nice. I wish I had some better stories for you!”

One of the dazzling stars on the hit show about glam LA estate agents, single mum Amanza has millions of fans.

But gameshow fans will know she’s been in Hollywood for a while – including series four and five of Deal or No Deal.

The luxury estate agent joined Selling Sunset in series two and has been upfront about the struggle of selling multimillion properties while balancing life as a single mother with two children.

She also raised eyebrows after revealing her “whirlwind romance” with The Script singer Danny O’Donoghue.

Amanza admitted the 2012 fling was “a rebound” after splitting from NFL player husband Ralph Brown, and was short-lived due to living thousands of miles away.

She said of her and Danny: “We had a lot of fun together actually.”

The Real Housewives of Atlanta star starred on the US gameshow for four seasons from 2005 to 2008, where she held the Number One box.

Since then, she became a reality star, with an appearance on Celebrity Apprentice, where she befriended US President Donald Trump.

But the pair fell out – after President Trump falsely claimed Barack Obama was born outside of the US.

In the documentary Trump VS Hollywood, Jordan spoke out about the ordeal.

She said: “For black America and Barack Obama, even if you do not believe in his policies, the fact that the first black President was elected is very special to you.

“For someone to be just so hard against it, to diminish everything he’s ever done and said, we take it personally.

“That’s when our friendship fell apart because of the way he really went after Barack Obama it really hurt.” Hayley Marie Norman was one of the longest-standing briefcase models, as she spent four years holding box number 25.

She is now an actress who has starred in the film Norbit’ as well as shows CSI Miami and New Girl and Fired Up!

The 32-year-old is also the great-niece of Robert J Anderson, who played George Bailey in It’s a Wonderful Life, and most recently starred in Netflix show The Upshaws.