Production is currently underway in Montana for the Paramount Network’s hotly-anticipated fifth season of Taylor Sheridan’s hit Western drama, Yellowstone. After narrowly avoiding death and getting revenge on her brother Jamie (played by Wes Bentley), Beth Dutton (Kelly Reilly) will be back in full force to protect her father’s ranch when the series kicks off once again in November.

Main cast member Kelly revealed viewers could see a different side to her character Beth throughout the next season of Yellowstone.

Now Jamie is under her thumb after killing his biological father, Garrett Randall (Will Patton), she’ll have one less thing to worry about during the ranch’s ongoing war with Market Equities.

However, the series has also begun to show her softer side thanks to her marriage to Rip Wheeler (Cole Hauser), and season five could continue the trend.

First of all, Kelly confirmed Yellowstone fans can expect the show’s 2022-23 season to be even more epic than usual. 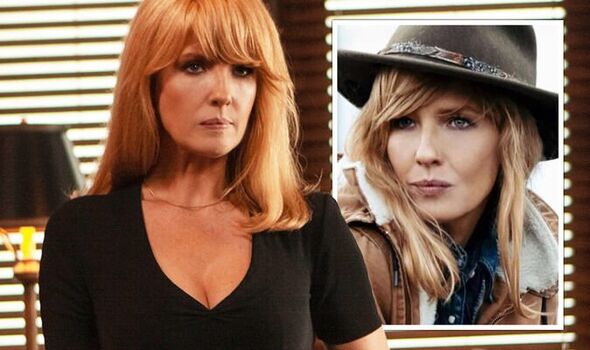 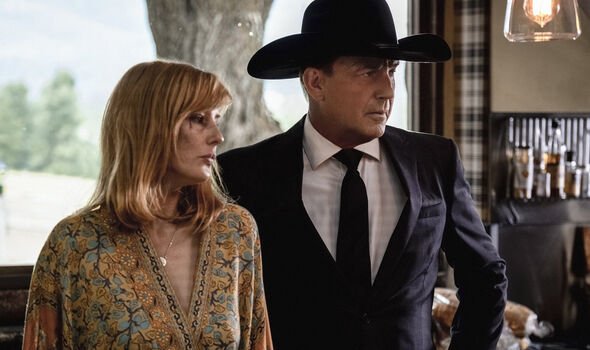 “I can tell you we’re shooting 14 episodes this season,” she revealed.

“(I’m) not sure how they’re going to be broken up, but season five is 14 episodes. Which is great, because usually we only have 10.”

Kelly went on to reveal some sparse plot details for the upcoming season, namely her relationship with Jamie and her father, John (Kevin Costner).

She told Gold Derby: “And then… I don’t want to give too much away because I’d be told off!” 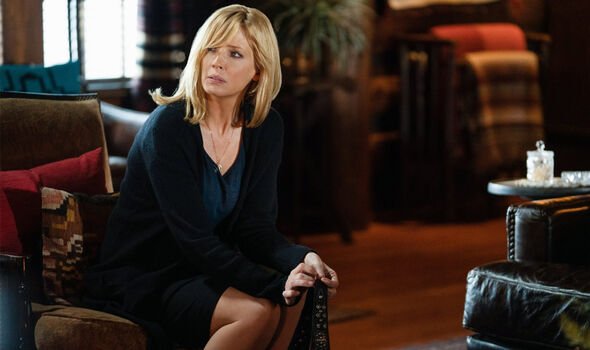 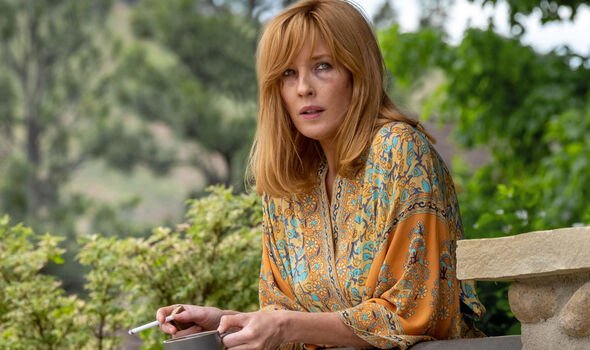 “Jamie’s back in the fold because he’s now owned a bit by Beth. So he has to do what he’s told, and he’s a fabulous, brilliant lawyer, so there’s a lot of benefits having him back, fighting on our side.

“So there’s an interesting dynamic between them, back together in the family business.”

Season five will also pick back up with John and his campaign to become Governor of the state.

“And things have moved forward with John Dutton’s position in Montana,” Kelly teased. “I can’t tell you what, but you might be able to put that together.”

“And Beth is championing him as usual. But, the scripts for season five, so far, are some of my favourites. I haven’t read them all yet, we’re still filming episodes one and two right now.”

One of the main reasons season five is becoming one of Kelly’s favourites could be the chance for the actress to throw herself headfirst into some of the season’s signature action sequences – particularly on horseback, marking quite the change for the character.

“So we have a long season ahead,” she continued. “I’ve read up to five episodes, six episodes actually, and they are fabulous.

“We might be getting to see Beth more on a horse this year, which I’m excited about personally.”

“Because I love all the stuff in the suits and the power stuff, but Kelly? I love being out in the wild and I don’t, very often, get a chance as Beth to do any of the cowboy stuff. So this year she might.”

For the most part, Beth has remained a key player in boardrooms, bars and offices to seek out and destroy Dutton Ranch’s biggest financial rivals.

However, with the war for the ranch starting to close in, she may have to resort to desperate measures and join Rip and the bunkhouse crew to defend their home to the death.

Yellowstone season 5 premieres Sunday, November 13 on the Paramount Network in the USA.