Call the Midwife star Miriam Margolyes is heading on an all-new journey next week as she fronts her new BBC Two series Miriam’s Big Fat Adventure. The actor heads up and down the nation to speak with people struggling with their weight and battling issues with body positivity as well as taking a look at the impact obesity has on society and the stereotypical opinions that come with it. Miriam spoke with Matt and Alex on The One Show to divulge further.

Miriam admitted she had a fabulous time filming the new documentary series and, in particular, a young man she met by the name of Will.

Will was a teenager who’d struggled with his weight and confidence in the past and Miriam had nothing but praise for him after they filmed her BBC Two documentary together.

However, noticing the difference in ages between Miriam and Will, Matt decided to ask her about whether she regretted not doing things differently when she was his age.

The One Show host quizzed: “He’s at a very different chapter in his life in where you are now. Do you wish that you would have done things differently if you were maybe at the point of life that he is now.?” 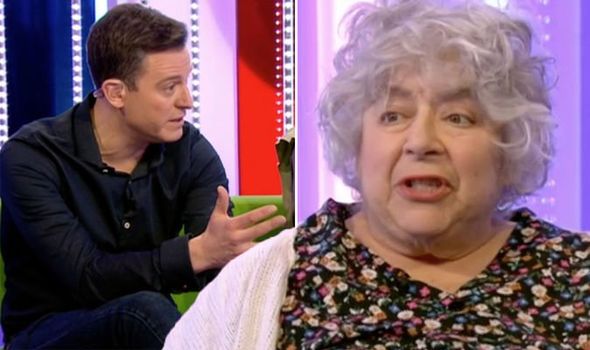 The Call the Midwife star replied: “Yes, I do. I think it’s absolutely ridiculous to be 78 and fat. I was very stupid.

“But now I’ve got there, I am 78 and I’m alive. I have got health problems as a result but I’m battling on and I’m not hating myself. I hated myself for a long time and now I rather love myself actually.”

The heartwarming admission got a round of applause from the studio audience as well as Matt commenting it was “wonderful.”

However, despite the touching moment, the interview was brought to a close a few seconds after in particularly tense fashion. 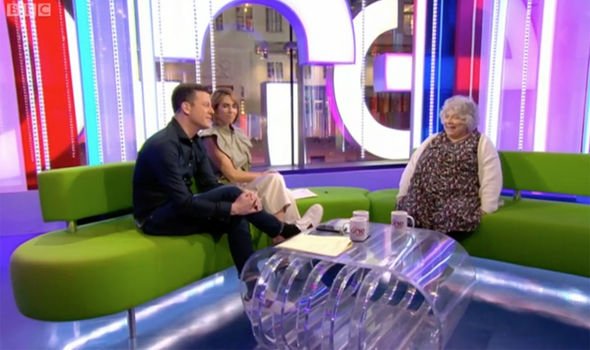 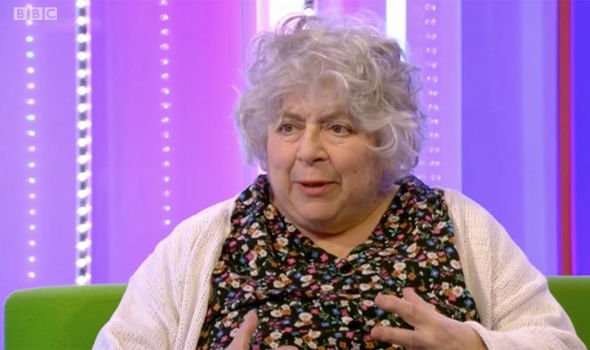 Miriam concluded: “The thing is, it doesn’t really matter what you look like, it’s what’s healthy and if you can try to be healthy, that is the great thing.

“Especially these days when, you know, well I don’t know how much longer we’re going to have a National Health Service, do I? Coming from the political spectrum that I come from.”

The swipe brought out a rather awkward pause from Alex and Matt before the former decided to bring the interview to a close altogether.

Matt let out a wry smile to camera and said: “Well, we’ve run out of time on that one now, Miriam so we can’t crack on with that conversation!”

DON’T MISS:
Alex Jones admits she’s ‘worried’ her baby may get Coronavirus
Alex Jones on The One Show worries: ‘Convinced I’ll get that call’
Matt Baker: The One Show host opens up on family fears

Despite the awkward end, Miriam let out a laugh along with the live studio audience and remarked: “Aren’t you lucky!?”

Alex also jokingly added: “We are so lucky!”

Luckily, the swipe at the NHS and funding didn’t halt proceedings but it certainly caught the attention of viewers at home.

In fact, The One Show viewers were quick to praise the actor for her no-nonsense interview style.

Taking to Twitter, one fan said: “Miriam for prime minister – she is so honest, eloquent as wonderful #theoneshow.”

A second added: “#theoneshow Miriam is so honest and real. She should be running this country #legend.”

While a third weighed in: “I adore Miriam Margolyes. Her sparkly naughtiness is highly infectious. #TheOneShow.”

And a fourth: “I bloody love Miriam Margolyes. She’s a national treasure! #TheOneShow.”

The One Show continues on BBC One every weeknight at 7pm.