If being Sunday’s highest-rated television program were a sport, then the US Olympic Trails on NBC would have taken the gold.

The US Olympic trials, which determine the athletes who will make their way to Tokyo next month, continued with the final trial for Women’s Gymnastics. Simone Biles, Suni Lee, Jordan Chiles, Grace McCallum, Jade Carey and MyKayla Skinner will rep the U.S. at the Tokyo Olympics. Per Nielsen Live + Same Day fast affiliates, the 8 p.m. to 11 p.m. trial broadcast to an audience of 5.49 viewers and garnered a 1.2 rating.

CBS took home the most-viewed program title with the latest 60 Minutes (0.6, 6.39M). Beyond that the network had a quiet night with reruns of The Equalizer, NCIS: Los Angeles and NCIS: New Orleans.

Sitting on the sidelines was ABC’s gameshow-filled evening. ABC peaked with the latest edition of Celebrity Family Feud (4.18M, 0.5), which featured JoJo Siwa, the D’Amelio family, Loni Love and Ross Matthews competing for charity. The Chase trailed behind gathering 3.18M viewers and a 0.4 rating and To Tell The Truth (0.3, 2.74M) followed.

Having an even quieter evening was Fox, with reruns of Duncanville and HouseBroken earlier in the night and PBC Fight Night from 8 p.m. to 10 p.m. (0.1, .63M) 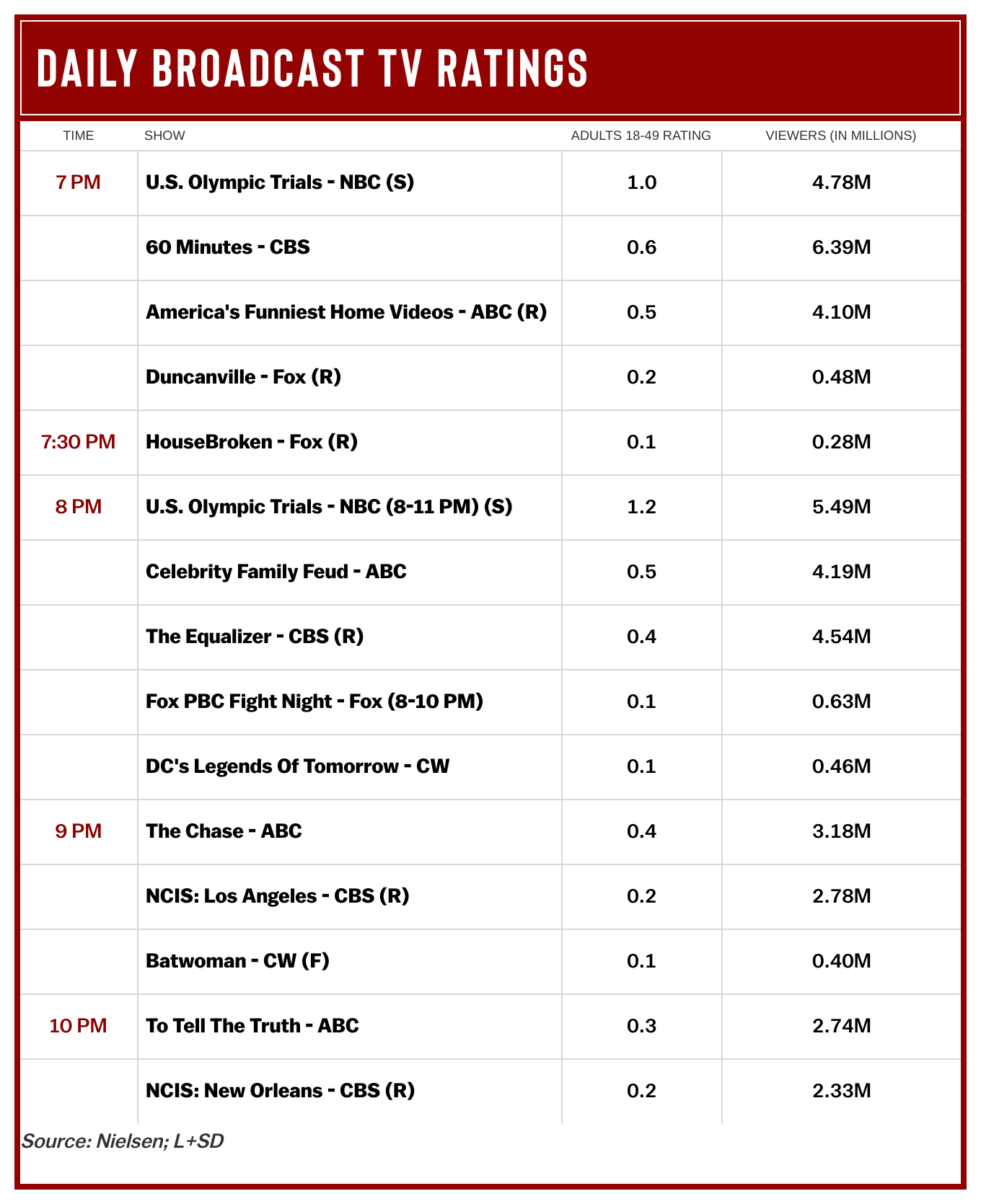