Obi-Wan Kenobi’s Ewan McGregor has defended his co-star Moses Ingram after she revealed she has suffered racist abuse since the new series launched on Disney Plus.

Moses, who plays a Force-sensitive Inquisitor called Reva in the show, shared examples of the hateful messages which included ‘your days are numbered,’ while another dubbed her a ‘diversity hire’.

Star Wars released an official statement expressing their support for the actor since the abuse came to light, with Ewan also speaking out.

In a video shared on social media, Ewan, who plays the titular star Obi-Wan Kenobi, warned there is ‘no place for racism in this world’ while expressing support for the ‘brilliant’ Moses.

‘It seems that some of the fan base has decided to attack Moses Ingram online and send her the most horrendous, racist DMs and I heard some of them this morning and it’s broke my heart,’ he said. 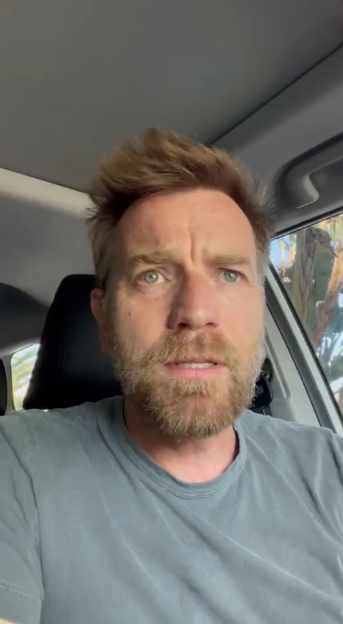 Ewan continued: ‘I just want to say as the leading actor in the series, as the executive producer on the series, that we stand with Moses.

‘We love Moses, and if you’re sending her bullying messages, you’re no Star Wars fan in my mind.

‘There’s no place for racism in this world and I totally stand with Moses.’

Before the series even premiered, The Queen’s Gambit star Moses admitted that she anticipated racist comments, saying that Lucasfilm ‘actually got in front’ of it by telling her: ‘We are here to help you; you can let us know when it happens.’

The official Star Wars Twitter account demonstrated their public support for the Obi-Wan Kenobi star by writing in a statement: ‘We are proud to welcome Moses Ingram to the Star Wars family and excited for Reva’s story to unfold.

‘If anyone intends to make her feel in any way unwelcome, we have only one thing to say: we resist.’

In a second tweet, they added: ‘There are more than 20 million sentient species in the Star Wars galaxy, don’t choose to be a racist.’

Obi-Wan Kenobi is available to watch on Disney Plus with new episodes released on Wednesdays.