Fans of the hit Starz drama still have a long wait to get through before Claire Fraser (played by Caitriona Balfe) and her husband Jamie (Sam Heughan) return to screens. Thankfully, Outlander fans have just been given a treat in the form of a hilarious new blooper reel which has revealed some of the cast’s biggest on-set blunders.

The new behind-the-scenes footage will be included on the recent DVD and Blu-Ray release for the hit drama’s latest outing.

Fans will get some never-before-seen insight into the production of the Frasers’ latest adventures while they wait for the next chapter.

While the Outlander fan base will come away with a new appreciation for the show’s impressive production, the bonus features have also shined a light on some of the cast’s messiest moments. 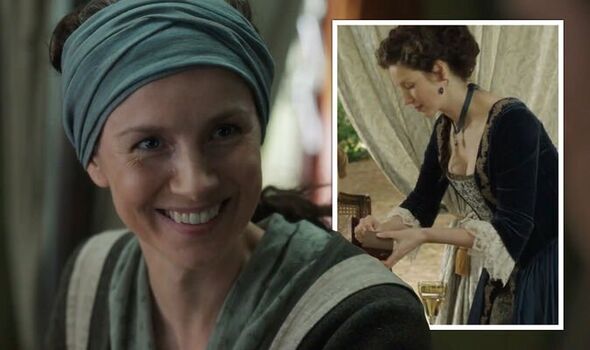 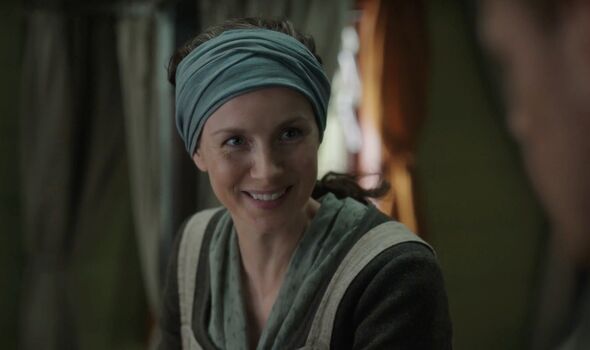 Later, Caitriona is filming with Aunt Jocasta star Maria Doyle Kennedy when she runs into the same issue.

After striking the same match several times and failing to produce a flame, she jokes: “My daughter made these.”

In season six, Brianna manages to invent an early form of matches, several decades before they first came to England. 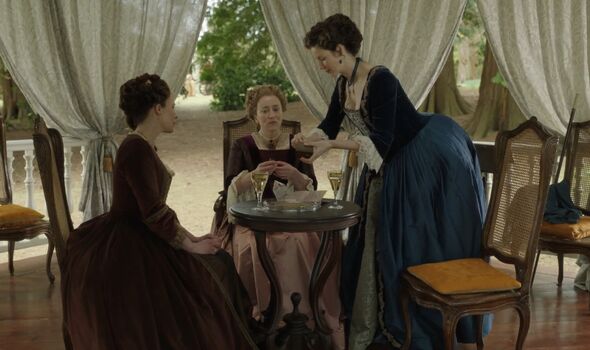 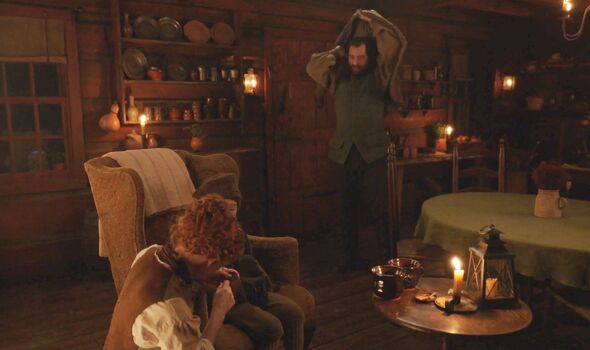 Along with Claire’s modern medicinal methods, Brianna’s invention could leap the progress of technology forward many years or prove to be the Frasers’ downfall.

Brianna’s invention may have, therefore, sealed her parents’ doom, although fans are certain they’ll somehow find a way to avoid the blaze.

Another clip features Caitriona being menaced by Lionel Brown star Ned Dennehy before bursting into a fit of giggles.

Elsewhere, Caitriona can’t help laughing again when she forgets her lines during a key scene with her co-star Sam.

“It feels like nothing,” she giggles. “That’s what’s so brilliant about it, because I can’t remember my line.”

Thankfully, Caitriona certainly wasn’t alone in her forgetfulness, as the blooper reel caps off with a particularly egregious example of line-flubbing from Marsali star Lauren Lyle.

Lauren begins her line before descending into gibberish, sticking out her tongue and standing up to start the scene over.

As production continues in Scotland, Outlander fans still have a lengthy stint of ‘Droughtlander’ to wade through before the Starz series returns.

The drama will pick up straight after a jaw-dropping cliffhanger, which saw both Claire and Jamie kidnapped and separated by 100s of miles.

Starz has yet to confirm an official release date for season seven, but new episodes are expected to begin in early to mid-2023.

Outlander seasons 1-6 are available to stream on Starz in the USA and LIONSGATE+ in the UK.