Starz’s hit drama P-Valley has taken fans by storm as it provided insight into the dramatic lives of rappers and the dancers who work at The Pynk. With Keyshawn Harris’ (played by Shannon Thornton) life in danger, fans are convinced they have unravelled her fate after discovering a secret meaning of the crystal necklace.

Viewers were left emotional after it was revealed Keyshawn was a victim of domestic violence at the hand of her boyfriend Derrick (Jordan Cox).

While she worked at The Pynk, the strip club’s security guard Diamond (Tyler Lepley) tried to safeguard her from Derrick.

He had also confessed his feelings for her, and encouraged Keyshawn to leave her abuser and escape with him.

However, she decided to stay after tensions rose and a fight broke out between Diamond and Derrick. 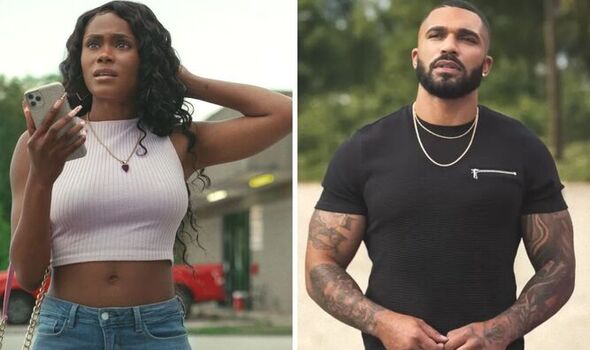 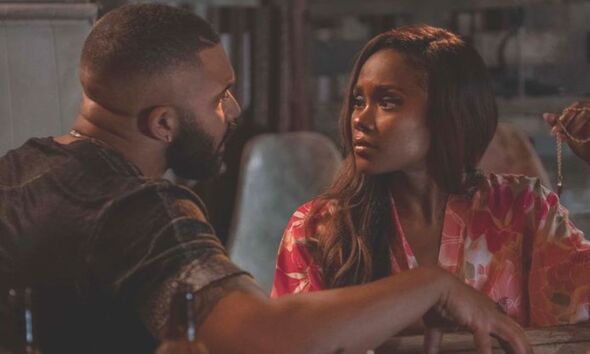 Diamond was particularly heartbroken as Keyshawn stopped the fight by pointing a gun at him to protect Derrick.

During episode seven, the two reunited, and things heated up between the two, although when their kiss was interrupted, he gave her a necklace for protection.

Which she was touched by, as she knew it belonged to his friend who saved him on the battlefield. 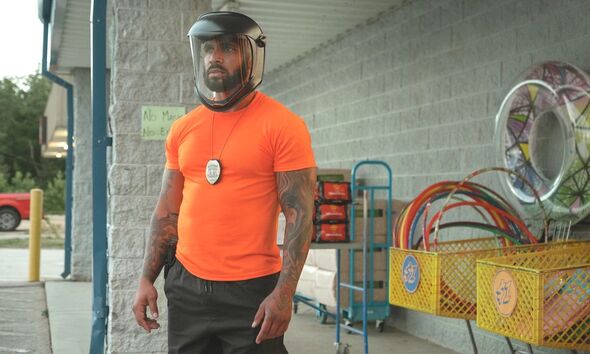 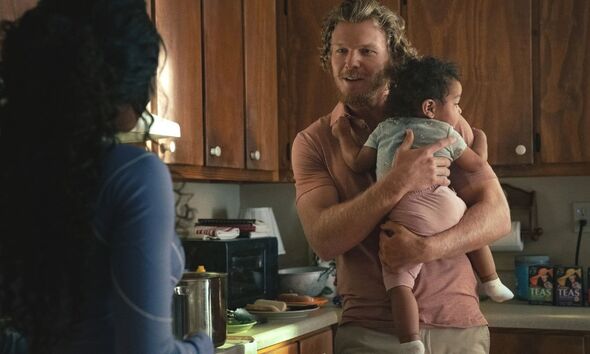 However, fans believe the necklace provided clues of Keyshawn’s fate as she attempted to leave Derrick.

“He sees her with BB because he still desires her despite what she did, illusions can hint at secret desires.”

They continued: “Even in his fantasies, she’s wearing that necklace, although he told her it didn’t work.

“The necklace is a healing crystal for strength/courage, not one meant for protection.” (sic)

Although she decided to stay with Derrick, Diamond has been having visions of Keyshawn, which fans believed was a combination of missing her and knowing she was in danger.

Keyshawn understood she could no longer live with the abuse when she discovered Derrick had also been hurting their children.

However, due to his conniving ways, Keyshawn failed to escape with her children.

With P-Valley coming to an end, Keyshawn star Shannon Thornton dropped a major hint about her character’s fate.

The actress teased: “Keyshawn is resourceful, and she’s a go-getter, so she will figure something out.

“You’ll see her do just that, towards the end of the season, she calls on some old friends.”

Fans will have to wait and see if she will be able to finally escape Derrick and if Diamond will be the one to save her.