Spin To Win has become a fan favourite on This Morning as Phillip Schofield and Holly Willoughby help viewers win sums of money ranging from £500 to £3000. However, today’s show was thrown into chaos when the competition wheel was left suspended in the air as the equipment that lowers it down to the studio broke.

Each day, the Spin To Win wheel descends from the ceiling but in today’s show the apparatus in charge of the wheel broke and it became stuck.

But, not wanting to let technical issues stop viewers from winning money, Phillip ignored show bosses and tried to get the wheel down himself.

Phillip pulled out a ladder and decided he would do everything he could to get Spin To Win back on track.

However, Phillip failed to move the wheel as he realised he couldn’t attempt the rescue mission safely because social distancing measures meant no one could hold the ladder for him.

Read more: Phillip Schofield opens up on ‘lack of hugs’ on his birthday 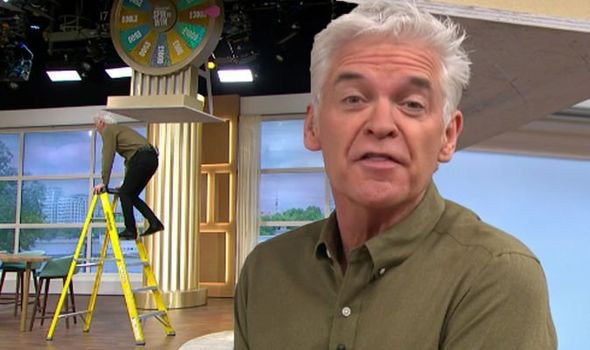 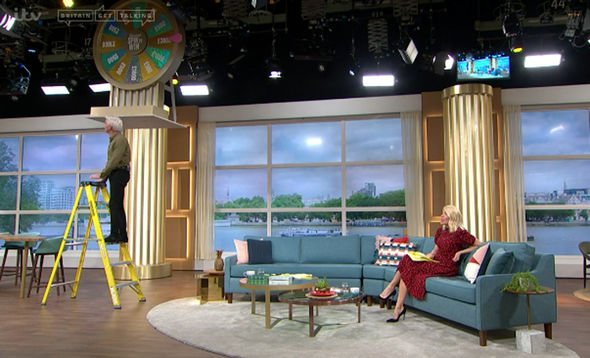 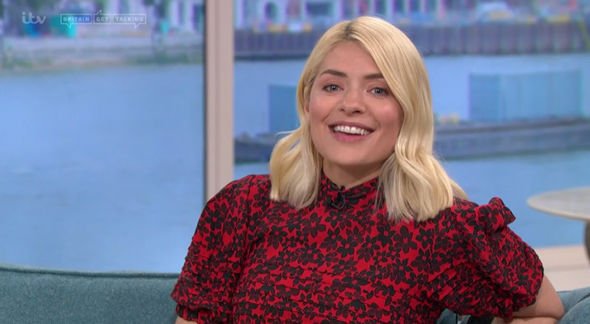