Scarlett Johansson has a bone to pick with Disney. Johannson has been one of the highest-earning Hollywood actors over the past decade, with starring roles in films like “Her,” “The Jungle Book,” and, of course, the “Avengers” franchise with Disney (via IMDb). In 2019, Forbes crowned her “The Highest Paid Actress” in Hollywood after she earned $56 million with blockbusters. The outlet reported that Johansson’s deal with Marvel (which Disney owns) includes a back-end payment that enables her to earn more money depending on how the superhero films perform at the box office.

Johansson’s last deal with Marvel was for the standalone “Black Widow” film, which was released in July 2021, per People. The film saw Johansson reprise her role as Natasha Romanoff, a fan-favorite character in the MCU. It topped the box office with $80 million in domestic ticket sales and $60 million in streaming, per The Atlantic.

However, Johansson was not pleased with Disney’s release strategy and is suing the media company for breach of contract. Find out the details of her lawsuit below. 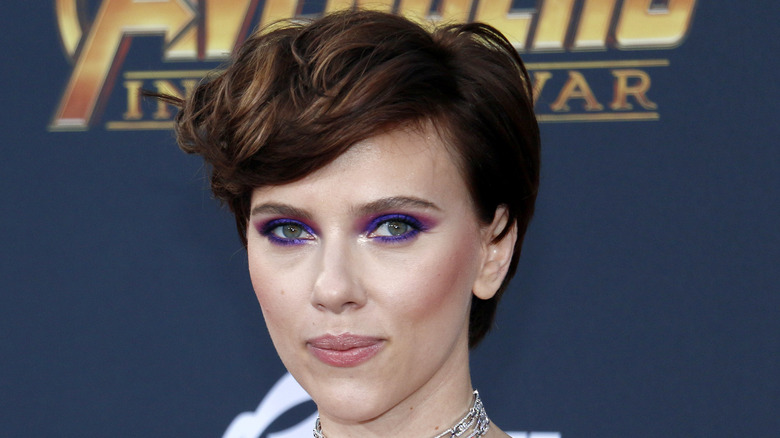 According to The Wall Street Journal, Scarlett Johansson filed a lawsuit against Disney on July 29 in the Los Angeles Superior Court. She alleges that her contract was “intentionally” breached when Disney released “Black Widow” on Disney+ simultaneously with its theatrical release. Johansson argued in the suit that Marvel Entertainment “guaranteed an exclusive theatrical release” for the film and her salary was based, in large part, on box office performance. “Disney intentionally induced Marvel’s breach of the agreement, without justification, in order to prevent Ms. Johansson from realizing the full benefit of her bargain with Marvel,” the suit stated.

Johansson’s filing was a long time coming, as her representatives had sought assurances dating back to 2019 when Disney’s streaming platform was preparing to launch, according to CNBC. Disney executives at the time announced that Disney+ would exclusively stream MCU content. Johansson, upon hearing that “Black Widow” would be released on streaming the same day as its theatrical release because of the COVID-19 pandemic, attempted to contact Marvel. The lawsuit claimed that both companies did not respond.

“It’s no secret that Disney is releasing films like ‘Black Widow’ directly onto Disney+ to increase subscribers and thereby boost the company’s stock price — and that it’s hiding behind Covid-19 as a pretext to do so,” John Berlinski, Johansson’s lawyer told CNBC, adding that the hybrid strategy “violates [actors’] rights.” Disney has not yet commented on Johansson’s lawsuit.