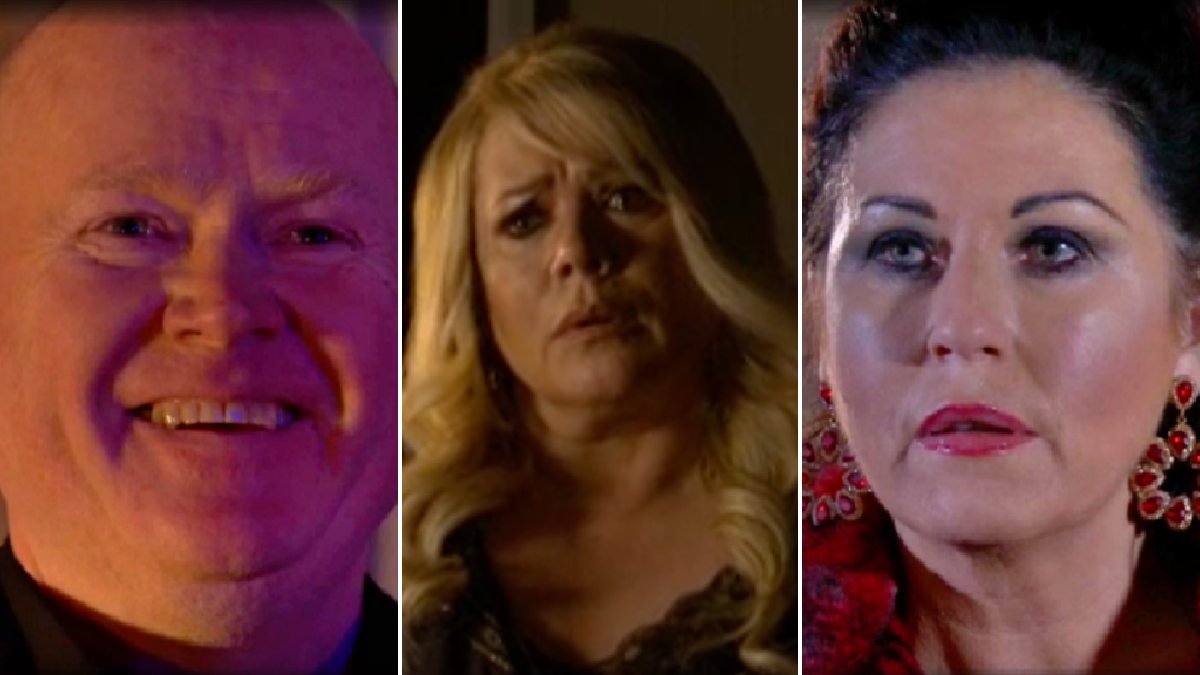 The Walford legend had been holding out hope that she and Phil would rekindle their romance.

Her hopes of a reunion, however, where dashed in tonight’s visit to Albert Square, as she at last discovered that he’d been seeing someone else.

With Kat having been injured in the hit-and-run, gossip was rife in Walford. Mind you, when isn’t it?

Phil’s worry for Kat’s wellbeing – and his decision to go in the ambulance with her – was a major talking point among the residents.

Soon enough, word got out that Phil and Kat were an item, and Kathy Beale (Gillian Taylforth) was as puzzled as the fans are.

Sharon was rendered speechless by the announcement, but played it off as though she wasn’t all that interested.

Telling Linda she’d moved on, the former pub landlady then made her way to the pest control office, where she seemingly seduced Kheerat Panesar (Jaz Deol).

EastEnders continues Friday May 14 at 8:35pm on BBC One.