This Morning: Phillip comically tells Holly to ‘shut your face’

During Tuesday’s instalment on This Morning, ITV hosts Holly Willoughby and Phillip Schofield discussed the latest news headlines with Vanessa Feltz. Among the topics of discussion were the limits on weddings in England being scrapped to whether full capacity crowds should return to Wimbledon. However, things took a rather awkward turn when Holly ended the segment by talking about dad jokes, which led her to poke fun at her co-host.

“Let’s just finish now on this final story,” Holly began. “Let me just find out where I am. Right, dad jokes.

“We all like a dad joke, don’t we? Lots of them. Top 10 dad jokes,” Holly continued before quickly turning to Phillip and telling him: “I feel like you should deliver this.”

“Oi! Shut your face!” Phillip hit back as Holly began to laugh.

“You are a dad,” Holly said defending her initial remark. “You’re closer to this.” 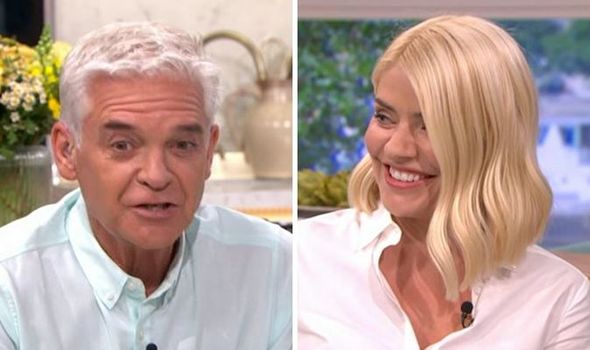 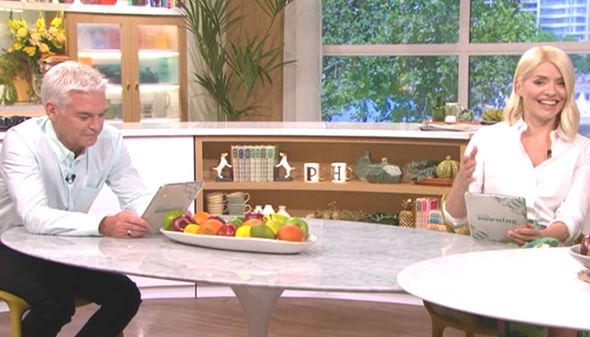 Phillip appeared to be offended by his pal’s remark as he continued: “Comedy timing.”

Holly tried to turn the awkward moment around as she told him: “You’re actually really good at comedy timing which is why I’d rather you do it than me.”

“I’m looking for the one about the man who won £100, where is that?” Phillip quizzed.

“That’s also why I passed it to you,” Holly joked as she admitted not being able to find the joke either. 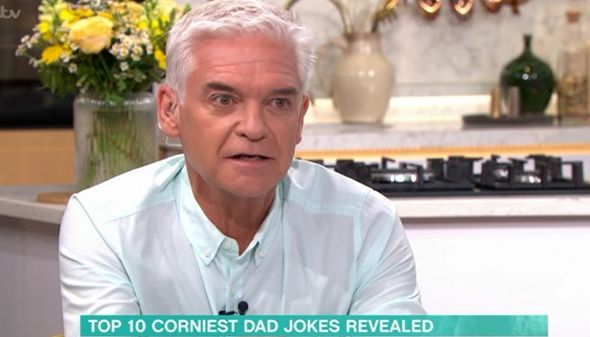 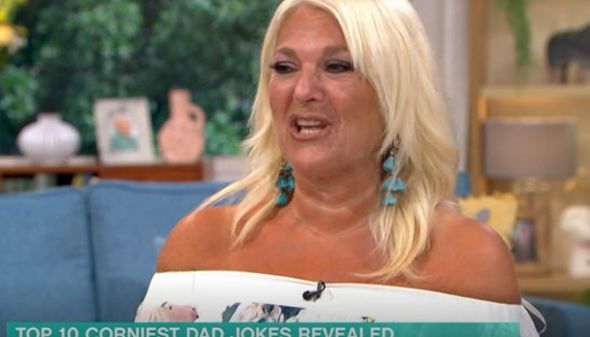 Phillip laughed: “Because you can’t find it. It’s not even on here.

“There’s a reason we are doing this item because there was a guy that won £100 for a dad joke.”

Phillip proceeded to read out some of the dad jokes, as he said: “One of them was, I went for a job interview and they asked ‘Can you work under pressure’ and I said ‘Not sure about that, but I can give a good crack at Bohemian Rhapsody’.”

Another read: “What is the best part about living in Switzerland? I don’t know but the flag is a big plus.”

Chipping into the conversation, an unimpressed Vanessa asked: “Do we have to pretend to laugh?”

Elsewhere in the segment, Holly and Phillip discussed the restrictions on weddings and fans returning to Wimbledon for the finals weekend.

Phillip went on to point out how confusing it is for performers who have been unable to work throughout the pandemic, yet thousands of people are allowed at Wimbledon.

“It’s part of the testing. There are these exceptional events where they take the data and then they test and then they see how many people contract the virus.

“It’s part of the experiment that helps us all in the end, but it looks well confusing.”