Spoilers: Max takes on Phil with a dangerous plan in EastEnders 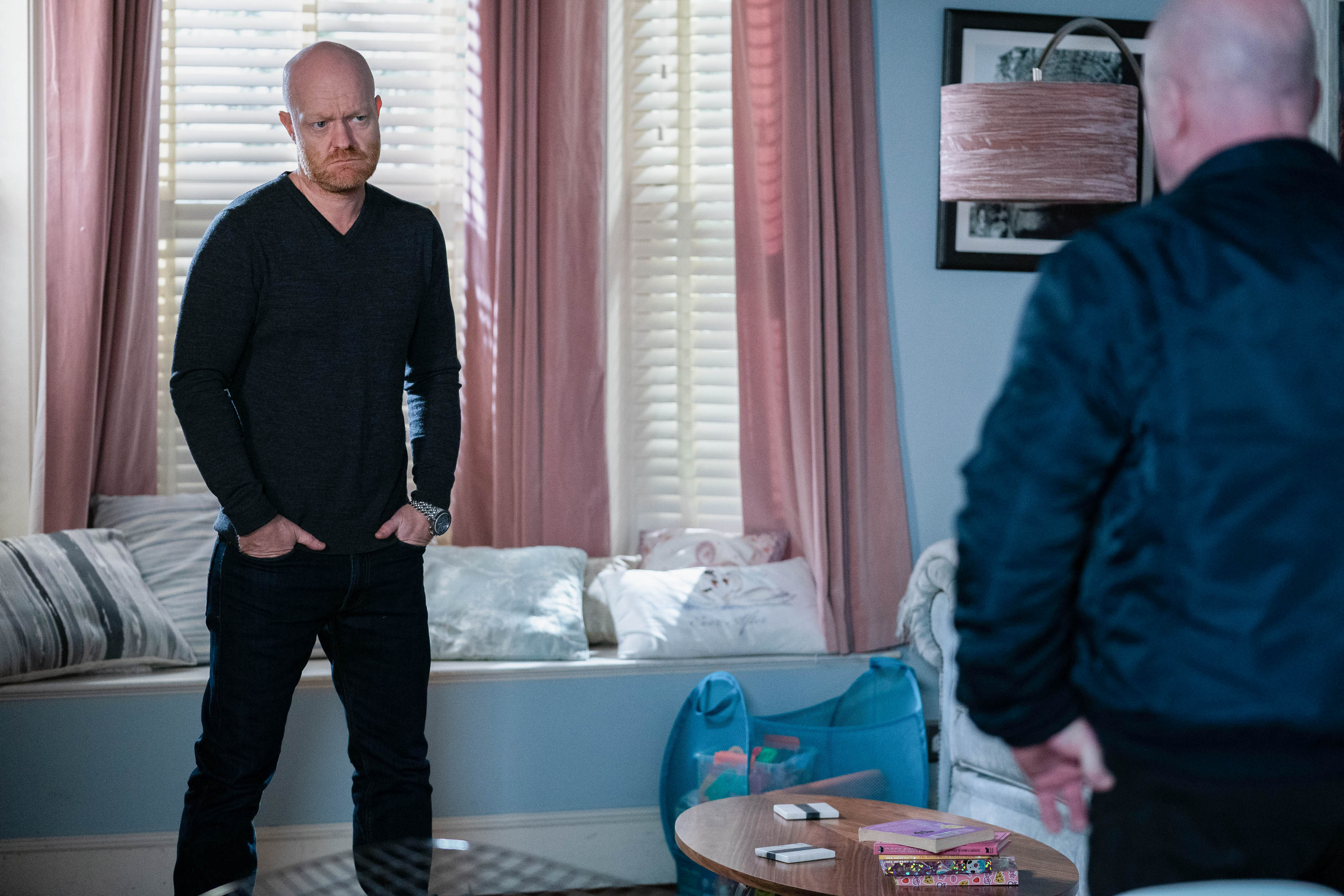 When Max Branning (Jake Wood) has a plan in EastEnders, he will stop at nothing so he can see it through. Need we remind you of his revenge plan after his stint behind bars? Max was so desperate to hurt those in Walford following his time in prison it led to his daughters falling off the Queen Vic roof!

With Max’s exit looming, could another one of his devious plots see Phil (Steve McFadden) take revenge after Max attempts to take him on?

Linda (Kellie Bright) is wary when Max approaches but to her surprise he offers an olive branch.

Jack (Scott Maslen) witnesses the exchange and tells Max that he cannot tell Linda about Mick’s (Danny Dyer) abuse. However, Max has a plan and later desperately searches Jack’s house and is pleased when he finds a USB stick.

A man on a mission, Max strides over to Phil’s holding the USB, to a bewildered Phil. As Phil looks at the evidence stacked up against him on the memory stick, Max points out how long he could get in prison and states what he wants.

As Phil and Max go head-to-head, Phil’s mood changes when Max starts piling on the pressure.

Max’s time in Walford is now limited, but will his plan work?