Boris Johnson eventually succumbed to pressure to resign after weeks of refusing to budge until earlier this month. His announcement came as 60 MPs stood down in protest amid widespread fury over Chris Pincher’s appointment and the Partygate scandals in parliament. On Tuesday, Stanley appeared on Piers Morgan: Uncensored to discuss the current Tory leadership race. He argued his son faced a “squalid political assassination” and claimed he was “bewildered” by the recent events.

Stanley’s comments came as Piers asked his guests to take a guess on the next Conservative leader as the race continues.

Before asking Stanley, Piers quipped: “It’s very fishy, but my money’s on Rishi [Sunak]… mainly because he’s so dishy.”

He added: “Sorry, I can only apologise to you and the nation for that appalling series of puns,” before asking Stanley to weigh in.

“Stanley, who’s your money on to be the new leader?” Piers probed.

Shaking his head, the former member of the European Parliament commented: “Well, I’m not betting.”

He continued: “I’m not betting – but I want to pick up on the use of that word, ‘fishy’. 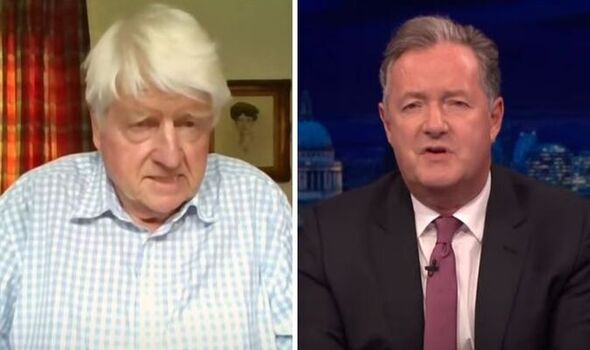 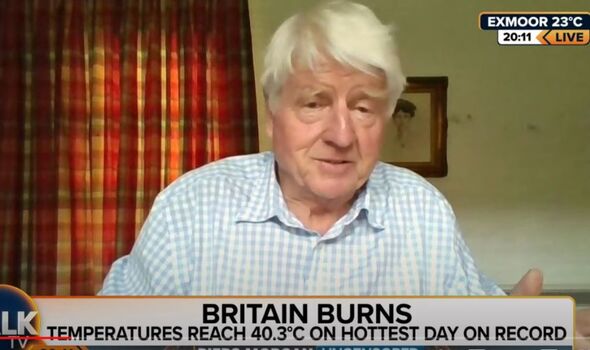 “Well, fishy… I think we saw a truly fishy, squalid political assassination is all I can say, Piers, at this point.”

“Really?” a baffled Piers asked. “Of your son?”

Stanley repeated: “A squalid political assassination which bears no reference, to my mind, to the equipment that he put out. 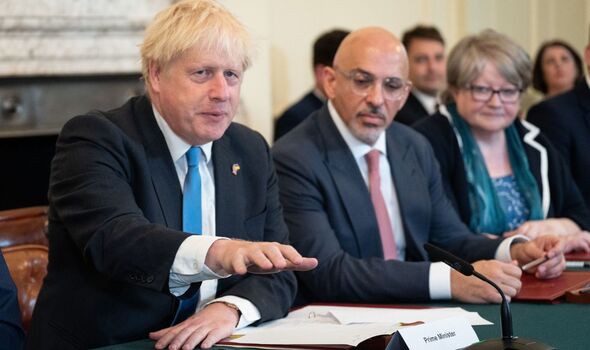 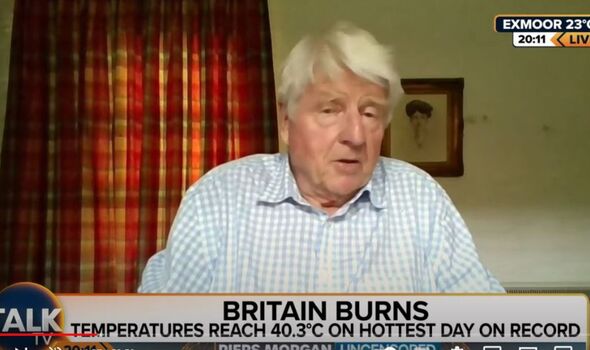 In his rant, he told TalkTV viewers: “So honestly, I am bewildered.”

“Well, in the end, Stanley, he lost the trust of 60 of his own senior ministers because they were sick and tired of the lying over Partygate and the Pinchergate and all the other things,” Piers pointed out.

“It wasn’t that they simply woke up and thought, ‘We’re going to assassinate him.’

“They’ve been driven to the end of their tether, would be their argument.”

“I don’t see anything here except political opportunism by the opponents, some of the opponents were in the house, some were on the other side of the chamber. That’s the way it went.”

“Do you think that Rishi Sunak is the biggest culprit in this political assassination?” The broadcaster inquired.

“I don’t want to get into that, either,” Stanley remarked. “All I’m saying is that any objective view – and I spent a lot of time travelling abroad, they cannot believe what happened in this country.

“They simply cannot believe that a Prime Minister who was elected with a majority of over 80, that a handful of people can turn him out.”

He added: “It’s now much more important to focus on the legacy – the environment is one, by the way, I think building bridges with Europe is another one-“

“Well hang on Stanley!” Piers cut in, concluding: “You say building bridges with Europe – it’s your son who took us out of Europe and stuck two fingers up at Europe!”