Star Wars films feature some of the most iconic costume designs in the movie business. Originally created back in the 1970s, George Lucas gave every character a unique look, bringing a sense of individuality to the franchise. 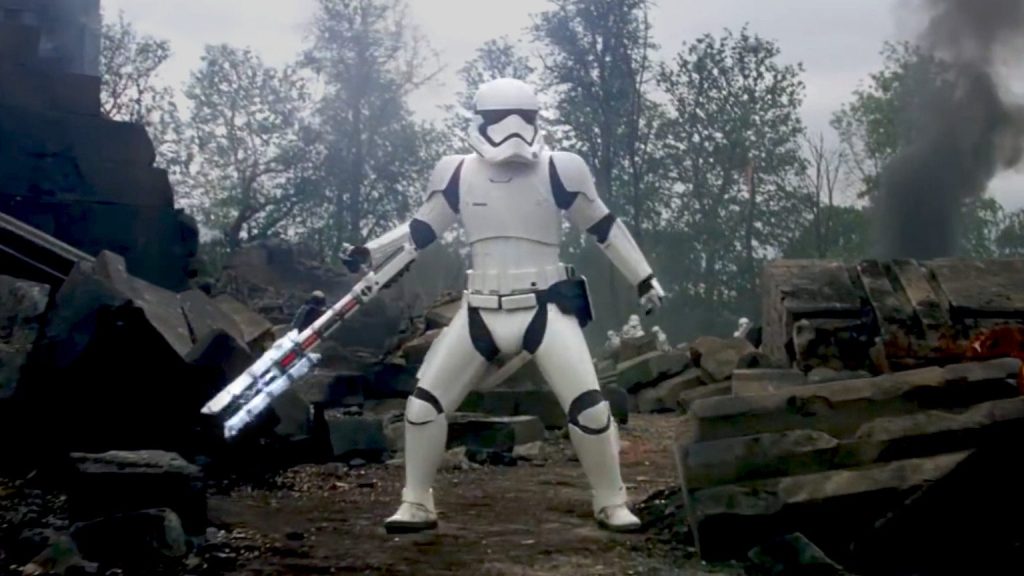 Although Star Wars featured a number of memorable villains from start to finish, Stormtroopers may be one of the most recognizable. Because they have been included in nearly every film of the Star Wars franchise, they’ve become synonymous with the brand.

A symbol of the Galactic Empire, Stormtroopers were “clones” designed to serve Chancellor Palpatine in the Clone Wars. However, once Palpatine revealed himself to be a Sith Lord, they became the first line of offense and defense for the Emporer. They evolved from servants of the Republic into hired hands that fought to uphold the Empire.

They were given a unique design for a reason

Imperial Stormtroopers have a look that’s unforgettable. Their shiny white armor and helmets designed with humanlike expressions gave them a grim, intimidating appearance that gave viewers chills every time a Stormtrooper entered the scene.

The cold, merciless warriors of the Empire were designed with their iconic look for a reason. LucasFilm VP Doug Chiang explained to WIRED that their costumes were all inspired by George Lucas’ desire to create “living skeletons.”

“George wanted to create this iconic imagery that looked like living skeletons, and that’s why you have the stark black and white,” Chiang said. “And so when you see the white armor coming out of a black room, you just see the armor and it’s a very terrifying sort of moment for you.”

He later detailed the specifications behind the Stormtroopers’ helmet design.

“One of the iconic things was that the helmet is very specific, it looks like a skull, it’s a stylized skull,” he said. “[They] did a brilliant job to take all the key elements like the eye sockets and the mouth to make it just sort of a touch mechanical, but yet still harken back to a living skull”

The original Imperial Stormtrooper costumes design fit a specific body type, which made each wearer pretty much the same size. However, both Harrison Ford (playing Han Solo) and Luke Skywalker (played by Mark Hamill) had to have their costumes custom-built, since neither actor fit the profile.

“Stormtroopers were made in such a way that they were … geared toward actors that were 5’10 to 6’0, to be able to fit into the armor,” Madlyn Burkert, LucasFilms’ Collections and Exhibitionist Archivist, said in the same interview. “When it came time to fit Han Solo and Luke Skywalker into their disguise … it took a bit of magic from the costume department to make them fit.”