STORMZY gave his pals the ride of their lives to celebrate his 28th birthday – by hiring out the whole of Thorpe Park.

The Heavy Is The Head star invited a host of his famous rapper friends including Dave, Wretch 32, AJ Tracey and Aitch to the bash at the Surrey theme park on ­Monday. 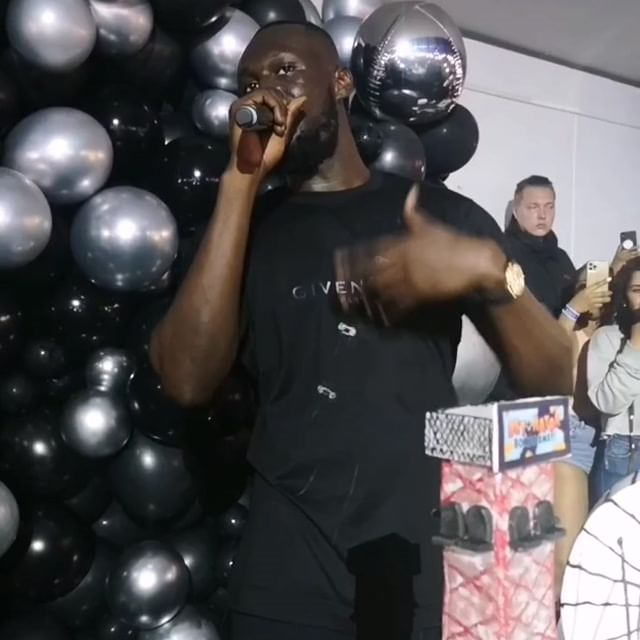 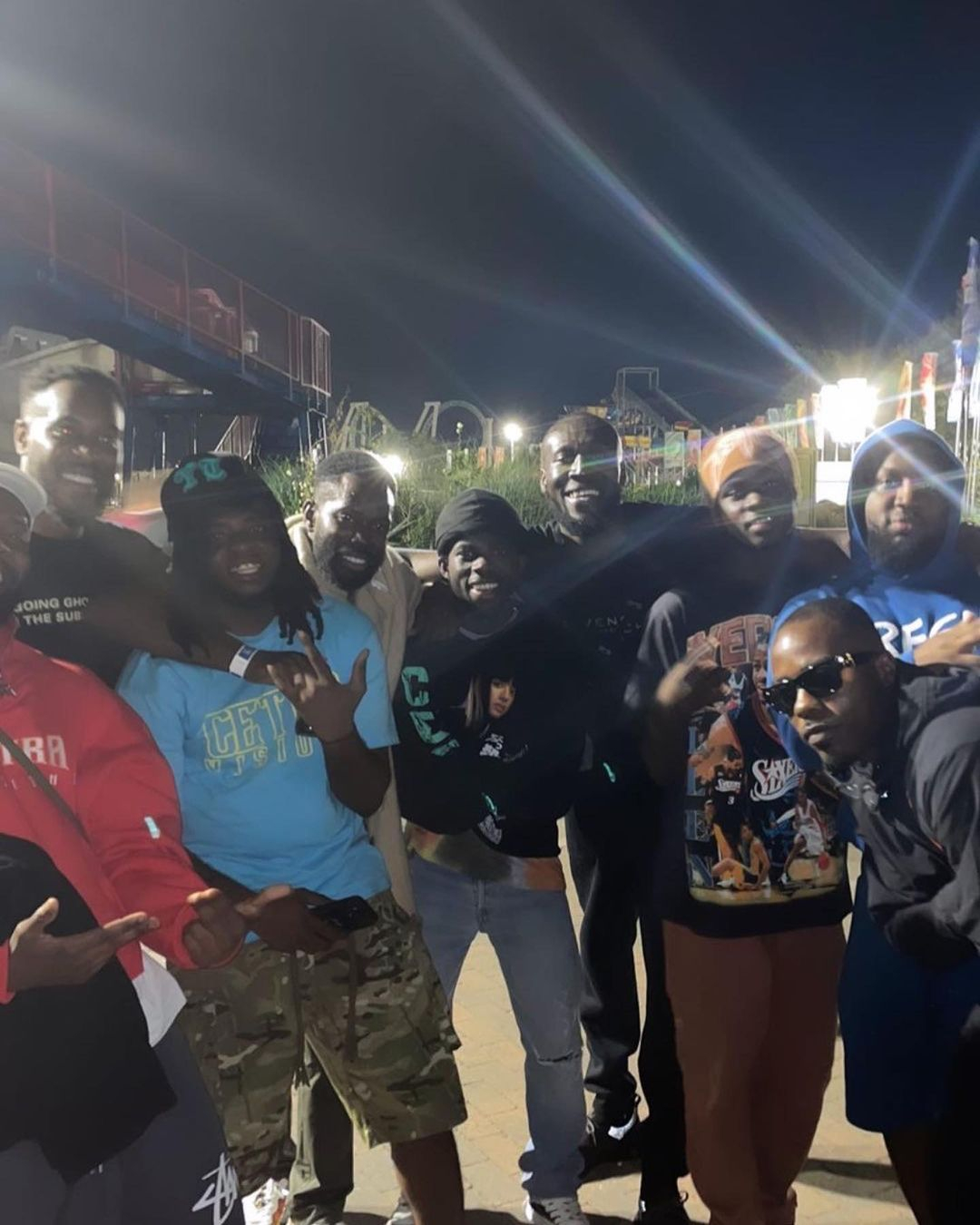 Revellers were given free rein over the roller-coasters at the park, with Stormzy — real name Michael Owuo — forking out thousands to ensure his guests got unlimited free food and booze.

A source said: “Stormzy’s shutdown of Thorpe Park was incredible and no expense was spared.

“He invited loads of people down to party with him and take on the rides, all for free.

“Food was put on by McDonald’s and WingShack, who set up stalls at the edge of the park. There was also a huge party area covered in balloons and bunting where there was a free bar.

“He had a photo booth set up too and signs everywhere saying ‘Happy Birthday Big Mike’.

“Stormzy is a massive Thorpe Park fan and he had an enormous cake made which resembled some of the theme park’s biggest and best rides.

“The party would have cost him an arm and a leg but for Stormzy it was worth it to see everyone he loves having such an amazing time.

“As well as having a big bash away from the rides, Stormzy also put on an enormous poker game for his pals which went on well into the early hours. It was a celebration that will definitely go down in history.”

Party-goers started to share their snaps from the event, including Ladbroke Grove rapper AJ, who posted pictures of himself on some of the rides.

Another filmed Stormzy making a speech after the star blew out the candles on his custom-made cake.

'GO DOWN IN HISTORY'

He told the crowd: “I have a lot of love in my heart, I love every ­single person in this room, I love all you guys.”

Stormzy’s birthday bash last year was far more low-key, with a party at home for close friends when Covid restrictions eased. But although it had to be a little smaller, Stormzy was just as generous.

He stocked his fridges with ample amounts of booze and put on enough food to feed a hungry football team twice over.

The party on Monday came a day after it was announced that Stormzy had landed his own waxwork at Madame Tussauds in London. The figure is so convincing that Stormzy’s young nephew believed it was really him — leaving the rapper in fits of laughter.

He said: “Growing up, going to school, we’d go to Madame Tussauds all the time. For me to be there, it feels like, flipping heck, I’m going up in the world.” You certainly are, Stormzy. Happy birthday! 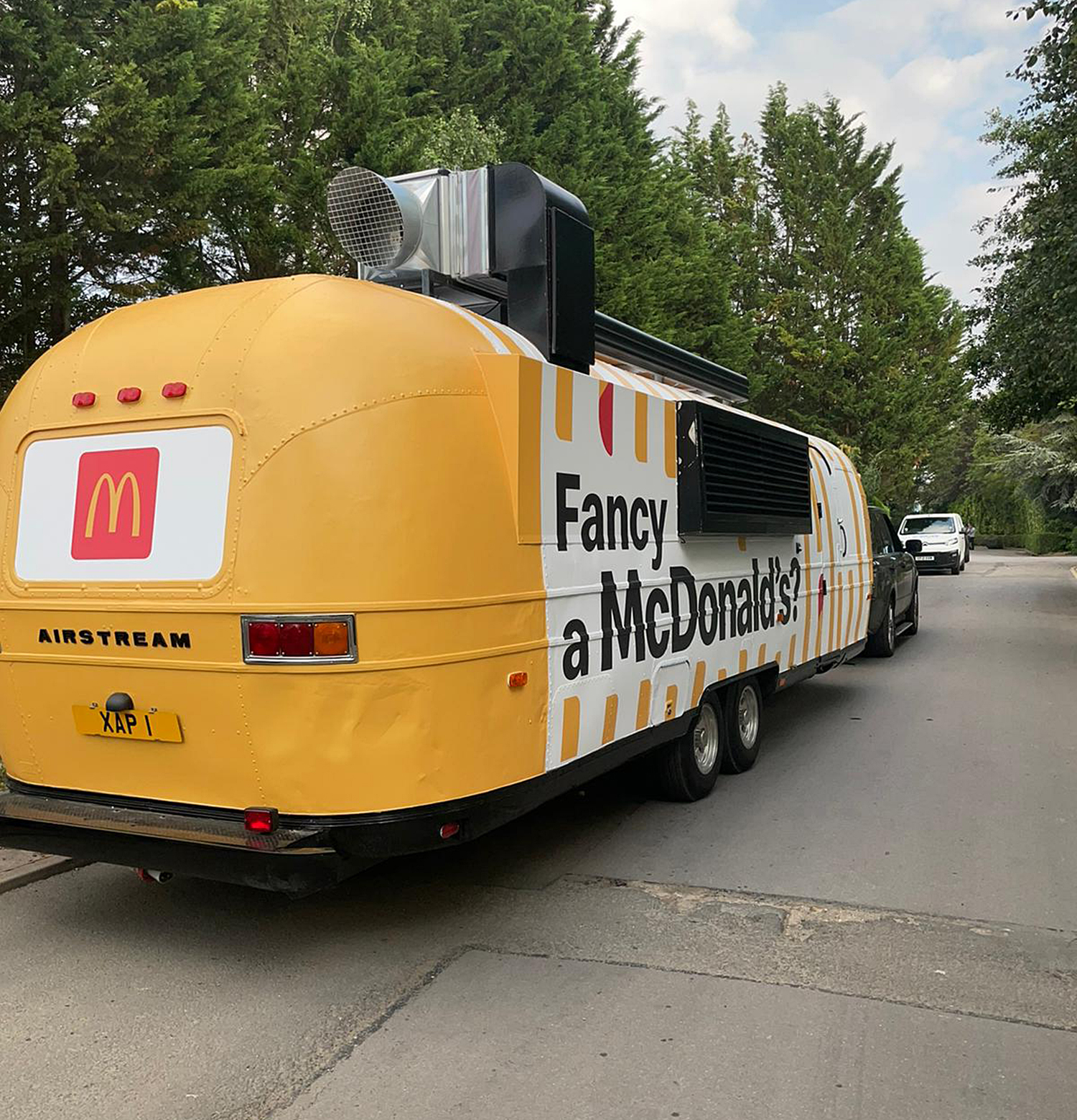 PITCH Perfect actress Rebel Wilson has revealed that it was her desire to become a mum that drove her to lose weight.

The Aussie comic has shed more than 4½st, and has now said a fertility doctor put the idea into her head. 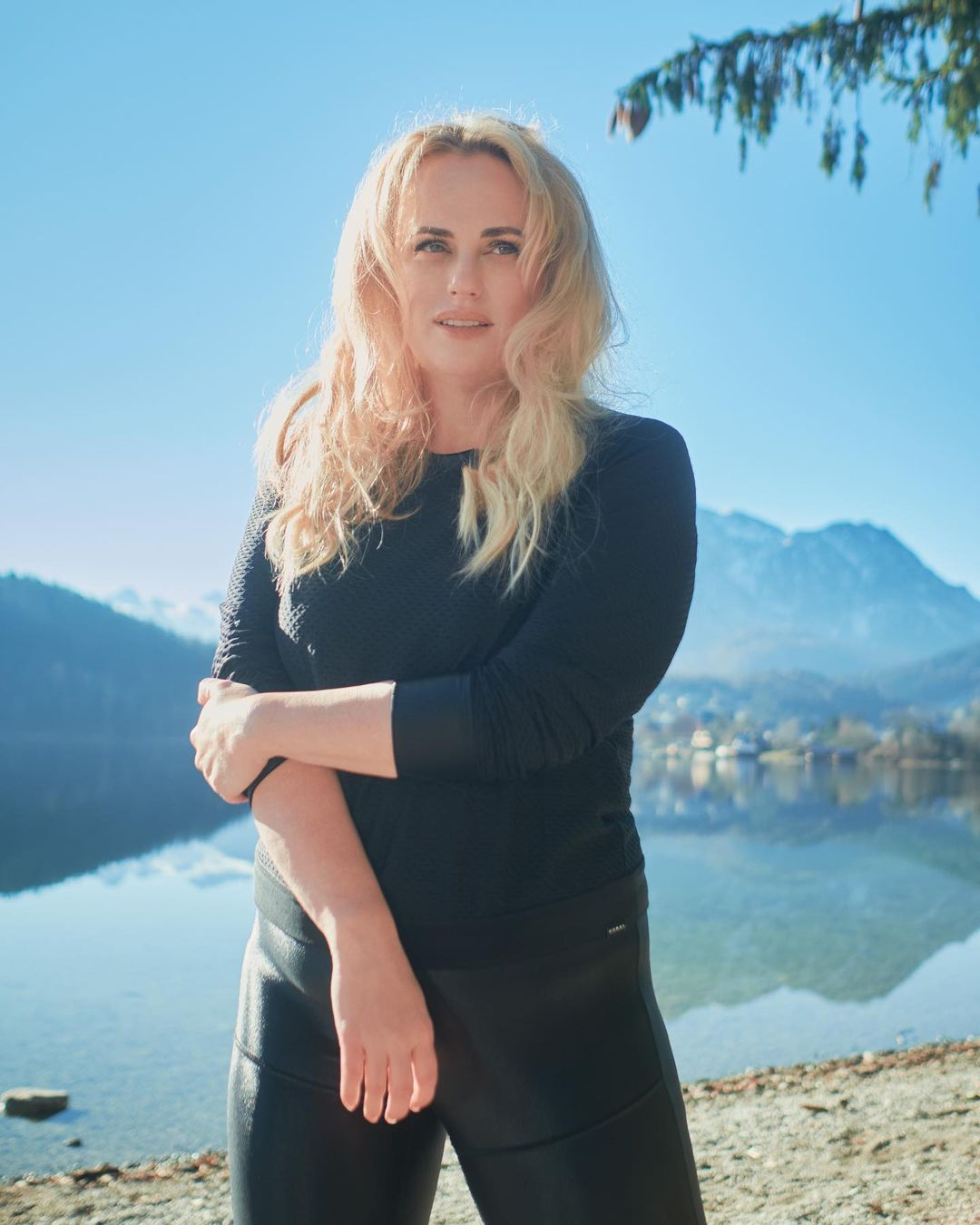 She said: “When I was going through and looking into fertility stuff, the doctor was like, ‘Well, you’d have a much better chance if you were healthier’.

“I was actually a bit offended. I thought that even though I was bigger, I was pretty healthy. So that’s what started it – that if I lost some excess weight, it would give me a better chance of freezing eggs and having better quality eggs.”

Rebel, who is currently in Atlanta, Georgia, shooting movie Senior Year, added during an Instagram Live: “At first it wasn’t even for myself, it was thinking of a future mini-me and their quality. That’s what kick-started it.”

As well as exercising six days a week, Rebel has reduced her daily calorie intake. She has also revamped her career, with a move into drama instead of comedy.

She spent the start of this year in Liverpool shooting drama The Almond And The Seahorse, about an archaeologist and an architect fighting to reimagine their future after a traumatic brain injury.

ANNE- MARIE is feeling a million bucks, and wearing some of it, following the release of her new album Therapy.

The record is set to go to No2 in the charts on Friday and she told Euphoria magazine that penning it has filled her with confidence. 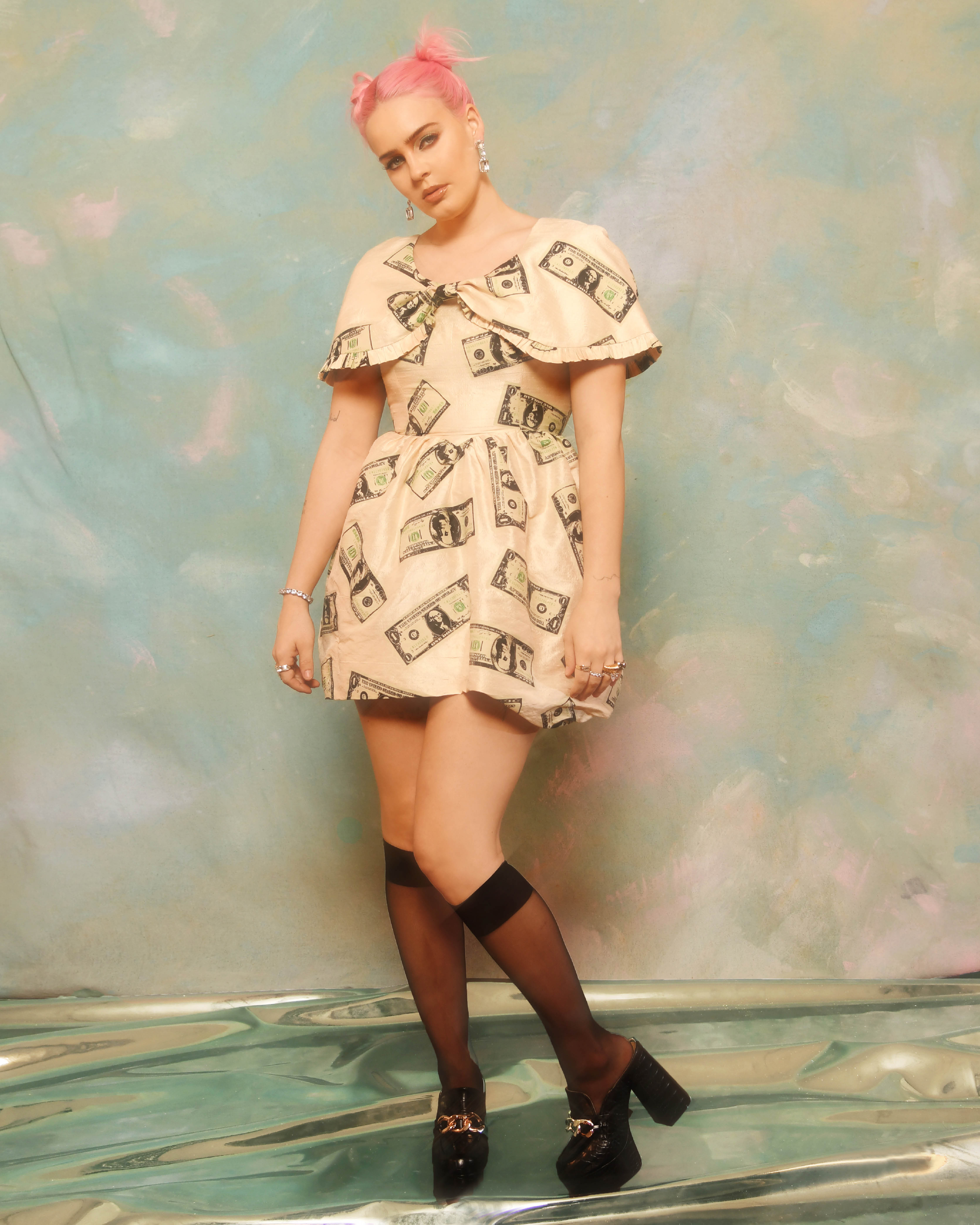 Anne-Marie, who was also photographed for the mag, said: “Writing those songs made me believe that I could be that self-assured person outwardly as well.

“It’s nice to know that you are still liked for being a strong-minded person. I feel like being confident and loving yourself is actually quite scary because you think people will think you’re a right p***k.

“But, you become a better person when you love yourself, and people will actually love you more.”

J-Lo not a fan of Affleck's tattoo

JENNIFER LOPEZ may be in love with Ben Affleck again now but she isn’t too keen on the massive phoenix he has inked on his back.

An interview from 2016 has resurfaced in which she slams the garish multi-coloured ­tattoo that covers most of his back. He also has inkings on both of his arms. 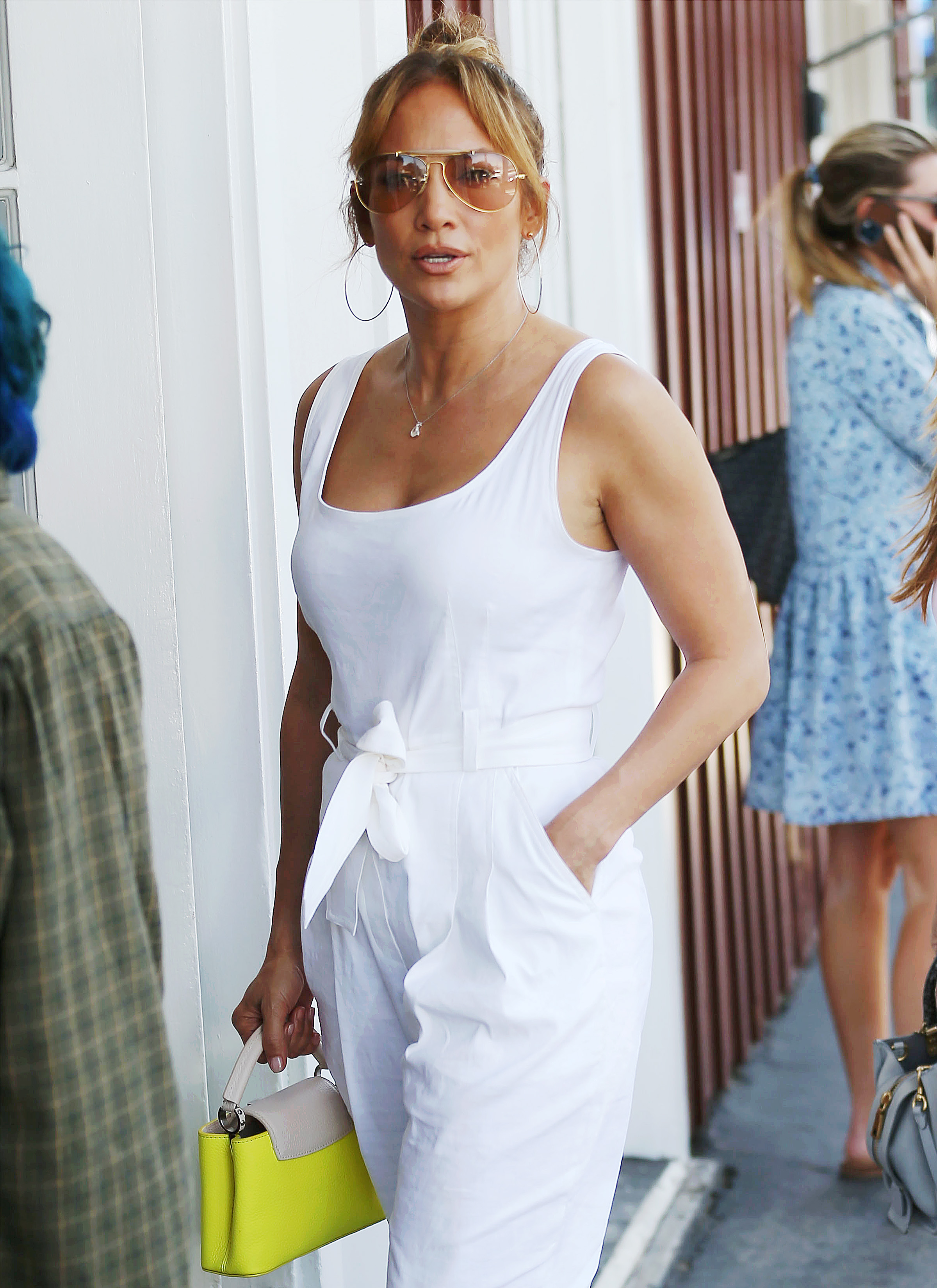 Asked about the phoenix, J-Lo ranted: “It’s awful. I mean, I would tell him that, like what are you doing? It has too many ­colours. His tattoos always have too many colours!

“They shouldn’t be so colourful, you know what I mean? They should be, like, cooler.”

The couple have been on holiday in St Tropez for the last few days, but after that revelation, she may want him to keep his top on.

THE Ivor Novello Awards have announced the nominees for this year’s Rising Star Award with Apple Music – pinpointing five names to listen out for over the next 12 months.

They will each receive a year-long mentorship from established names in music such as Nile Rodgers and Fiona Bevan, as well as support from streaming service Apple Music to develop their industry network.

Justin's leap in the dark

JUSTIN BIEBER scrubs up well when he actually makes an effort.

Gone was his usual sloppy oversized hoody as he headed to West Hollywood to celebrate his Freedom Art Experience auction. 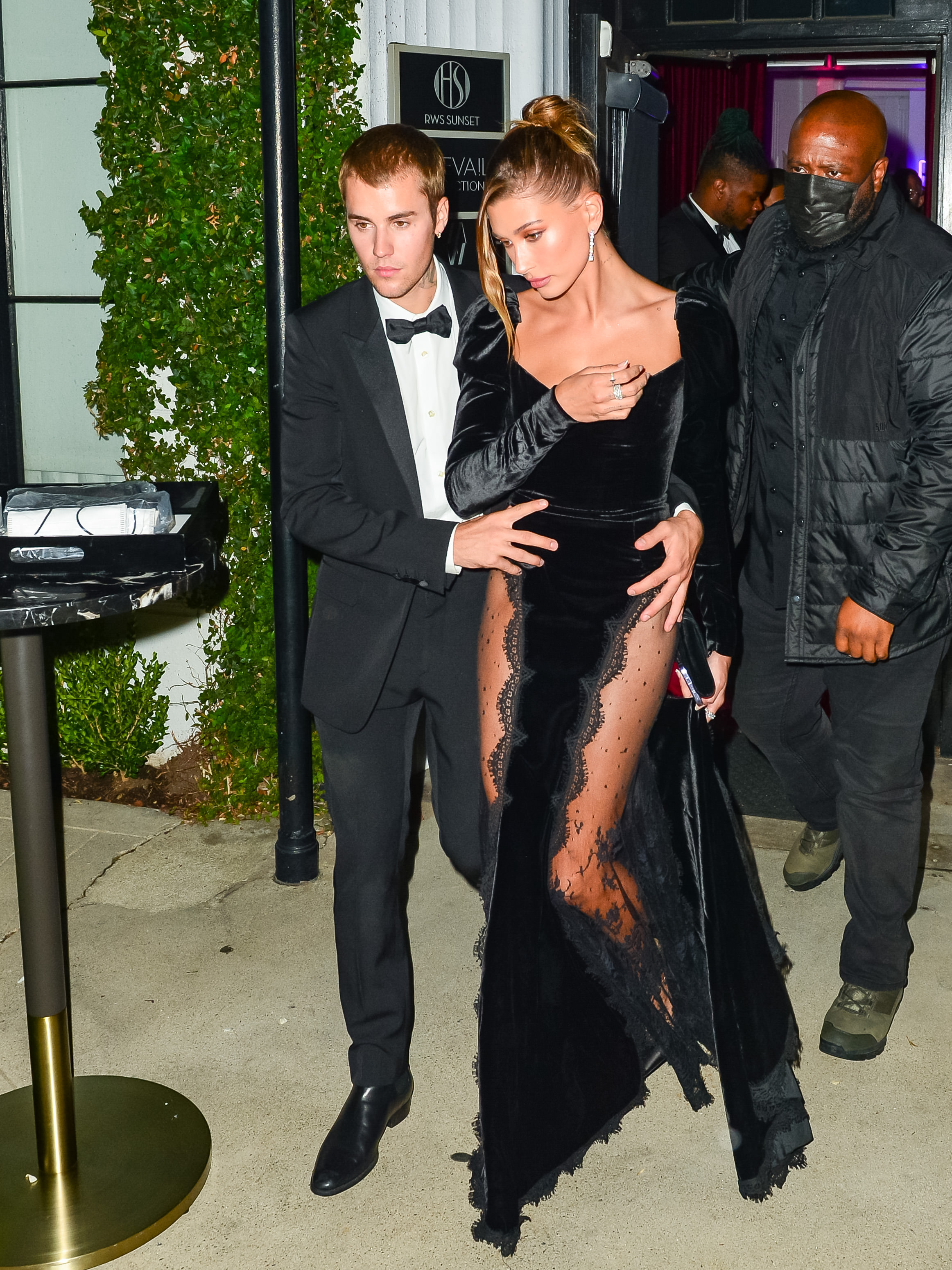 The black-tie bash – also attended by Usher and Kehlani – saw Justin in a tux while his missus Hailey looked stunning in a black ballgown.

She posted snaps of them, captioned “LOML”, meaning love of my life.

Justin earlier performed in LA, joined on stage by Chance The Rapper and Jaden Smith.

It's good to see Justin in a good place again. 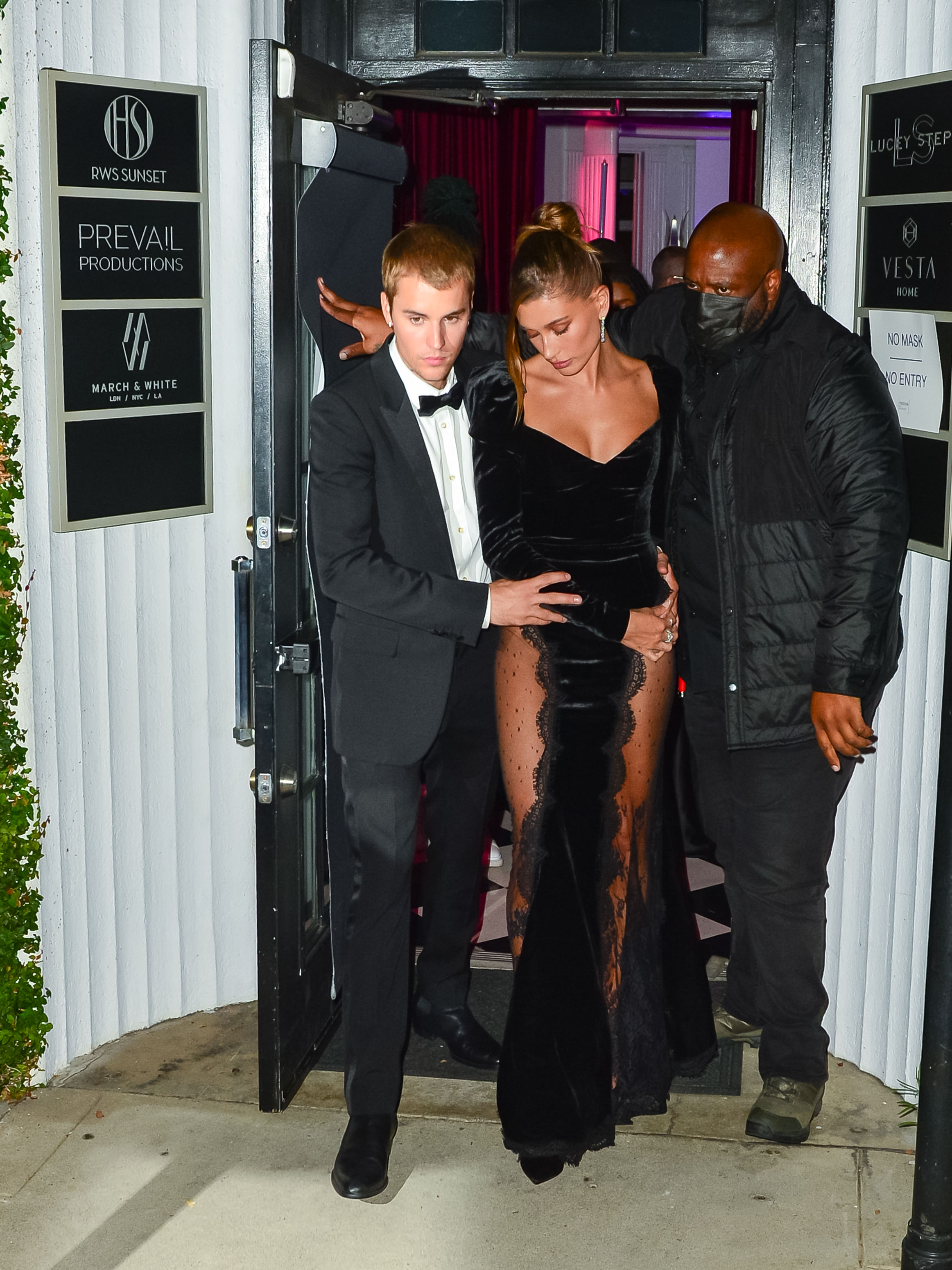 SINGER L DEVINE has dropped her new single Priorities, which is all about the breaking point in a relationship.

It will feature on the Brit’s EP Near Life Experience: Part 1, which is out this Friday.