When fans last left Hulu’s thrilling dystopian series, June (played by Elisabeth Moss) had just secured a major victory. However, the protagonist of The Handmaid’s Tale has also suffered a crushing blow following an attack from a Gilead guard.

Unfortunately, it came at the cost of her safety as she is severely shot by a Gilead guard, and possibly left bleeding to death as the episode concludes.

Viewers were left reeling after the finale, but have had to suffer through a slightly longer wait as season four’s ambitious production has pushed back the filming schedule.

June is confirmed to be returning as the series’ lead for the upcoming season, so fans know that she probably survives her gunshot. 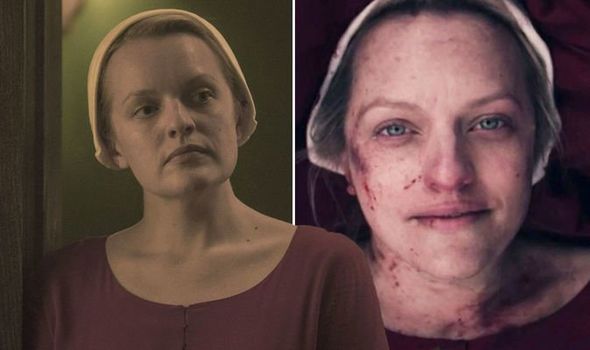 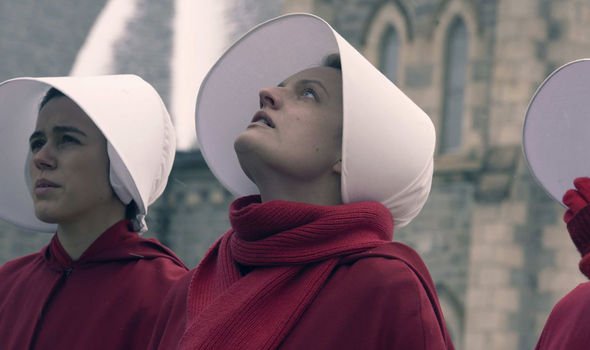 Beyond that, however, details for the future of the series are shrouded in mystery.

During a recent appearance on After Show, Elisabeth Moss was asked by a viewer if she knows how the series will end.

She confided in host Andy Cohen: “Well yes, I kind of have an idea.”

Elisabeth didn’t reveal any details for what’s to come next, but this does confirm that the series has an end in sight, rather than an aim to continue indefinitely. 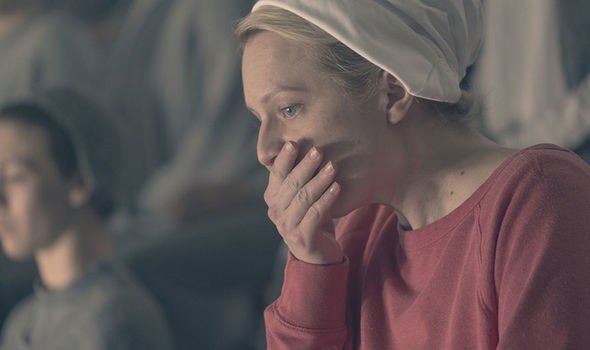 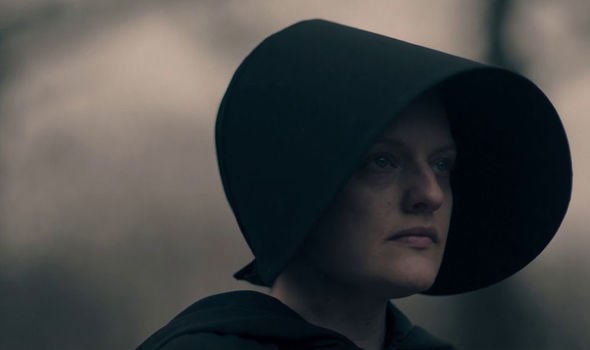 Andy then pressed the star for further revelations, asking her if the season currently in production will be the show’s last.

Elisabeth answered: “No I don’t think so, as far as I know. Unless nobody watches it!”

Like other streaming platforms, Hulu doesn’t release specific ratings for its shows so there is no way for the public to know how well their favourite series are performing.

Although, prior to the renewal of season three, Hulu confirmed that the series had managed to double its viewership between the first two seasons.

The series remains one of the most talked about and relevant dramas of the last few years.

Plus, the release of Margaret Atwood’s Booker Prize-winning sequel to her original book, The Testaments, will have renewed fans’ interest during the wait between seasons.

A sequel series, which will adapt the follow-up novel, has also been announced.

There has been no confirmation from Hulu for how many seasons The Handmaid’s Tale will continue, but fans may get a better idea when the service monitors how well the fourth instalment performs.

Elisabeth Moss is as dedicated to the series as ever but will be in high demand following her exhilarating turn in the surprisingly successful remake of The Invisible Man.

Later in 2020 she will also star in Shirley Jackson biopic Shirley, and joins Wes Anderson’s latest ensemble in The French Dispatch.

No release date has been confirmed for the fourth season of The Handmaid’s Tale, but Hulu is still eying a 2020 premiere.

The Handmaid’s Tale season 4 will be released on Hulu later in 2020.