The Walking Dead season 10: Norman Reedus opens up about major fight scene ‘It was exhaust

The midseason cliffhanger of the AMC epic series got every fan talking about what could happen during the second half. The Walking Dead has laid foundations for an epic finale, but not before one character tried to get some revenge on Whisperer leader Alpha (played by Samantha Morton).

Alpha’s team of Whisperers have been a formidable rival for Daryl (Norman Reedus) and his team of tenacious survivors.

Fans were looking out the gaps between their fingers as Beta (Ryan Hurst) went on a Michael Myers-inspired killing spree.

And Daryll finally tried to show Alpha her comeuppance after springing her cruel trap in the midseason finale.

Unfortunately, the skirmish didn’t go quite according to plan as Daryl was left with a grisly leg injury. 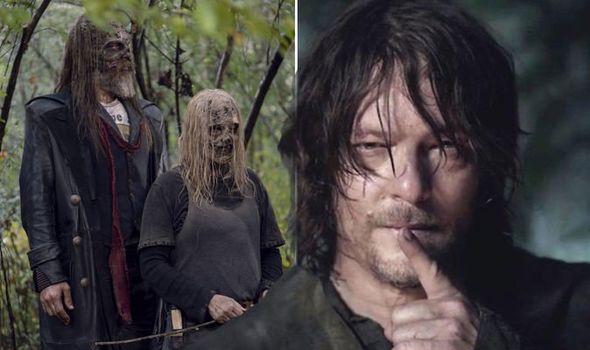 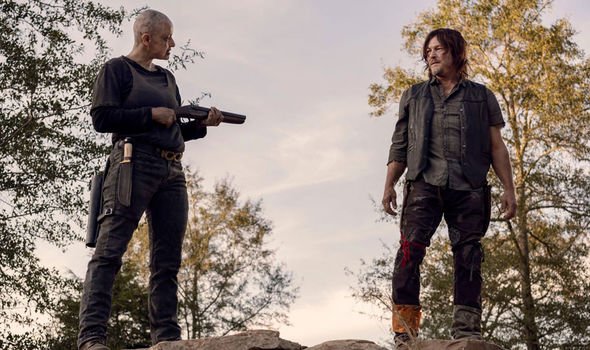 When he pulled a knife from his leg fans were concerned at the sheer amount of blood that spurted from what seemed to be a major artery.

Star Norman Reedus sat down with Entertainment Weekly to divulge all the gory details about his epic fight with Samantha Morton.

He revealed: “The fight itself was kind of rough because Samantha had some injuries and so she couldn’t do certain things. And so that was really difficult.”

The Walking Dead is just as taxing on its actors as ever, with stars of the series getting in just as many scrapes during production as their characters experience in the post-apocalyptic landscape. 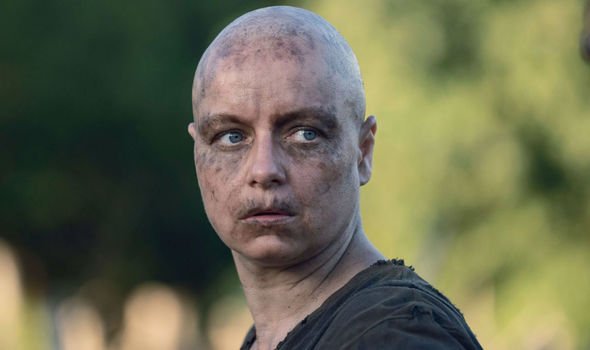 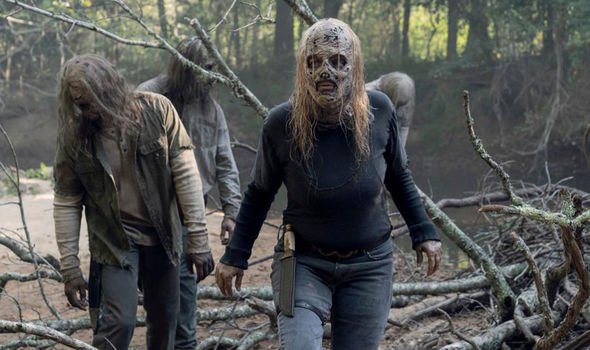 Norman continued: “I had an injury as well, so it was a rough episode physically for me, for her, for everybody.”

Luckily AMC’s zombie epic has an expert stunt team that can step in when fights and set pieces are about to get too draining.

Hopefully Norman and Samantha’s injuries healed in time for the epic Battle of Hilltop that has been teased in multiple trailers.

Season 10 will eventually pit the remaining Hilltop survivors against an overwhelming army of Whisperers, and fans are expecting bloodshed.

Speaking of blood, Norman continued to reveal just how gory his leg injury was after Daryl pulled out the knife.

He said: “You know, it’s one thing when you have like, a 180-pound zombie trying to fight with you.

“It’s another thing when you’re covered in blood and you’re trying to fight back and you are just slipping all over you like a slip and slide.”

Daryl has faced off against multiple undead threats before, but Alpha posed a brand new challenge.

As the animalistic and sadistic leader of the Whisperers, Alpha never held back, making their fight a tense display of desperation and brutal instinct.

Viewers were gripped by one of The Walking Dead’s bloodiest one-on-one battles yet, and in true TWD fashion there’s much more violence to come.

Finally, Norman added: “It was an exhausting episode. What am I talking about? They’re all exhausting!”

With Connie (Lauren Ridloff) and Magna’s (Nadia Hilker) fates still undetermined and Michonne (Danai Gurira) set to leave the show for good, season 10 is all set to be one of the most pivotal instalments of TWD yet.

The Walking Dead continues Sundays on AMC in the US and on Mondays on FOX at 9pm in the UK.