Who is texting Charles in Emmerdale and is it Ethan's mum? 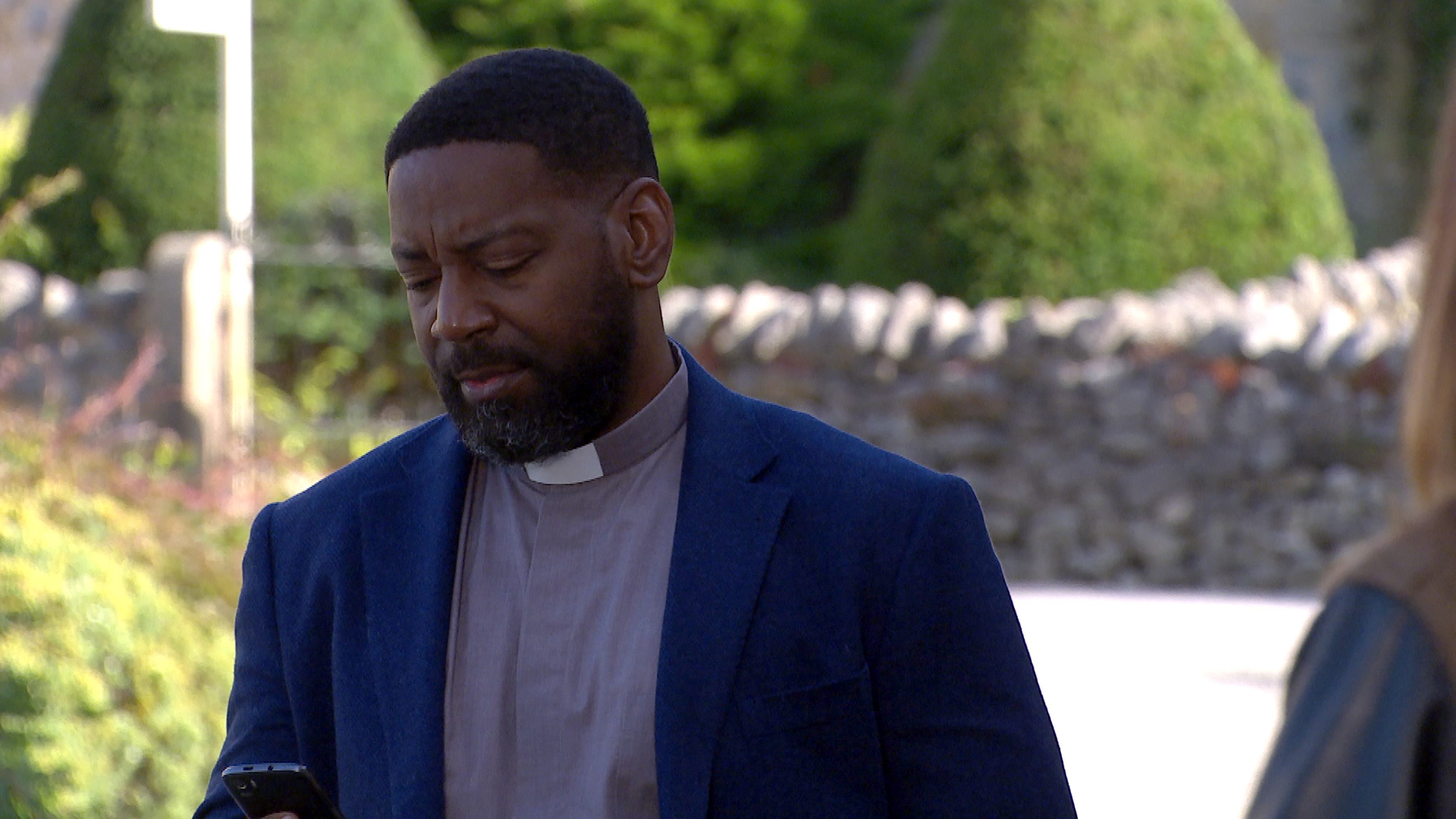 Charles Anderson (Kevin Mathurin) has been on the receiving end of some threatening texts in Emmerdale lately.

The vicar has settled nicely into the village since making his debut in the ITV soap last year.

His history with Manpreet Sharma (Rebecca Sarker) has also come to light, as it was revealed that the two were once in a relationship – and Manpreet even forged a relationship with his son Ethan (Emile John).

Charles seems like an open book, but it appears as if he’s harbouring a secret of his own, given that he’s been receiving mystery texts from an unknown resident.

The question is: just who is this person?

Who is texting Charles in Emmerdale?

It’s currently unknown as to who is texting Charles.

Tuesday’s (October 5) edition of the ITV soap saw the vicar receive a mystery message from an unknown person – and he was evidently left spooked.

Tonight’s visit to the Dales sees the messages continue, and he anxiously rejects a call from the person in question.

Harriet, however, catches sight of a disturbing message on his phone – will she find out the truth? Apparently not, as Charles has no intention of confiding in her about the harassing texts!

Will they listen? Unlikely, given that Thursday’s (October 7) double-bill of the soap will see him meet up with the mystery tormentor.

But who is it?

Is it Ethan’s mum that’s texting Charles in Emmerdale?

While the identity of the tormentor is unknown, some fans believe that it could be Ethan’s mum that’s been making contact with Charles.