The intense public debate about the suicide of a woman and her allegations against federal Attorney-General Christian Porter is likely to produce not one, but two, public inquiries. For those friends who urged this course, this might be the end of the good news. Their wish has been granted but it is likely to be uphill from here.

Much has been said about one inquiry, the defamation action that Porter, who vehemently denies the claims, has taken against the ABC and its reporter Louise Milligan. While undoubtedly it will test the events the woman described in such disturbing detail, it will not be wide-ranging; the limits will be set by the truth or otherwise of the imputations and the meaning of words; it will be adversarial in nature. The woman’s family will be bit players. 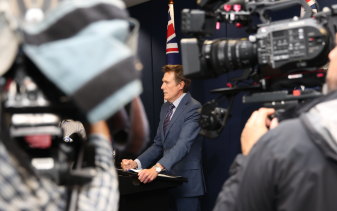 The second inquiry, however, is likely to be a coronial inquest in South Australia, where the alleged victim died. While suicides are mostly not the subject of an investigation, relying instead on police reports about the circumstances of death, it is difficult to see the South Australian Coroner not launching an inquest. The strong national interest in the case, the alleged victim’s ongoing contact with the NSW Police until the day before she died, and the difficulties COVID restrictions imposed on her contact with her family and other supports are all reasons that such an inquiry would be held.

Coronial inquiries are very different beasts to defamation trials. Their investigative powers are wide and lines of inquiry are driven by the coroner, rather than by adversaries with differing accounts of the circumstances. Their purpose is usually to determine not only the immediate circumstances of a death but to examine broader factors that may have contributed, such as the safety of a particular aircraft or motor vehicle, and the role that the state or other institutions may have played in the death. So inquests are usual following the deaths of children known to child protection agencies, or prisoners or mental health patients.

In the case of Azaria Chamberlain, it took four inquests before a coroner declared that a dingo killed the baby.

The South Australian Coroner has the power to suppress names and specific evidence, and to close the courtroom to the public. But the Evidence Act also requires the coroner to consider the public interest in open justice and the consequential right of the news media to publish information relating to court proceedings. Historically the South Australian courts were generous with suppression orders, much to the chagrin of young reporters like me, but since a fundamental feature of our court system is transparency, suppression orders are now granted with great caution.

The implications of this for the alleged victim’s family, who have, for so many weeks, maintained their anonymity and privacy, are enormous. There is the very real likelihood that they will be called, named, asked to describe their relationship with their daughter or sister, describe her illness and speculate on its causes. They may well be forced to walk the gauntlet of cameras at the hearings, as Lindy and Michael Chamberlain did. The coroner can also compel the evidence of her treating psychiatrists and therapists over the years, as well as investigate the COVID-imposed movement restrictions which prevented her from being with her family in her final weeks.

As Anne Deveson’s remarkable book Tell Me I’m Here reminds us so searingly, mental illness places a heavy burden on the families of those afflicted by, in Deveson’s case, the schizophrenia and death of her son, Jonathan. Families live with mental illness in a way neighbours and friends cannot quite imagine. They are worn down and crushed by the experience of living with a person they love but who is in a state of almost permanent crisis, particularly without medication.

Mostly parents stay the course, fighting their child’s demons, exhausted and despairing because, as we know from the recent Victorian royal commission, mental illness is treated so poorly in Australia.

It must be acknowledged that the alleged victim’s family has indicated it wants an inquiry, but it will have some re-living to do if these hearings go ahead.

As we are gradually learning from the woman’s own handwritten records, in her distinct dysfluent writing, her illness overtook her life when she was young. However, far back the coroner chooses to go in traversing her illness, the therapies she received and the responses of relevant mental health agencies, it is the mental health system that will again be on trial, let alone any chaperones who should have been watching over a 16-year-old student visiting Sydney, or even the evidence of her companion that night.

Pru Goward is a former NSW minister for child protection and mental health and is now a professor at Western Sydney University. The Premier has appointed her to review procedures for dealing with bullying, harassment and sexual misconduct applying to ministerial staff.