The tragic past of the BBC’s new Saturday night sensation: How Maya Jama’s boyfriend was shot dead after being caught in the crossfire of two rival gangs 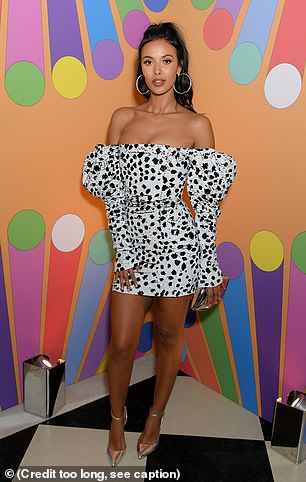 Maya Jama, now 25, was only 17 when she was interviewed on BBC1’s Crimewatch about the murder of her boyfriend Rico Gordon, who was shot dead in Bristol in 2011. Pictured: Maya attends the Universal Music BRIT Awards After-Party in 2019 in London

Long before her dreams of TV stardom became a reality, Maya Jama appeared in front of the cameras to speak about the tragedy that had torn apart her life.

She was only 17 when she was interviewed on BBC1’s Crimewatch about the murder of her boyfriend Rico Gordon.

She had been on the phone to the man she still calls her first love at the exact time, in July 2011, when he was shot dead, caught in the crossfire of two rival gangs.

By her own admission, suffering such a terrible loss so young spurred her on more than ever to pursue her dreams.

It’s not hard to understand, then, why producers saw this rising star, now 25, as the perfect co-host with footballer and Daily Mail columnist Peter Crouch for BBC1’s new Saturday night show Save Our Summer – designed to lift the spirits of a nation in lockdown.

‘Losing my son was terrible, but Maya has always stayed close to me. She has kept his memory alive. That was her first love and he was really in love with her.

‘She focused on her dreams of fame as a way of coping with grief and keeping her mind occupied. She’s absolutely lovely, so funny and so loyal. She’s a wonderful young woman.’ 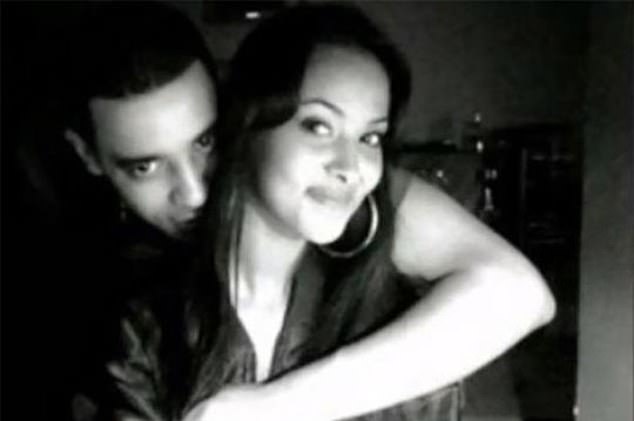 Maya describing Rico (left) as ‘the nicest person I’ve ever met. The person I’d think about when I’d wake up, the last person I’d speak to when I went to bed’

As Maya put it herself in an interview, losing Rico ‘gave me so much motivation to push with my career. Bad things happen, but you’ve got to try and make good things out of that tough situation’.

Her journey from the Bristol suburb of St Paul’s to prime-time TV has been far from straightforward.

She was raised by her half-Swedish mother, Sadie, who named her after the US poet and civil rights activist Maya Angelou, while her British-Somalian father was in and out of jail. 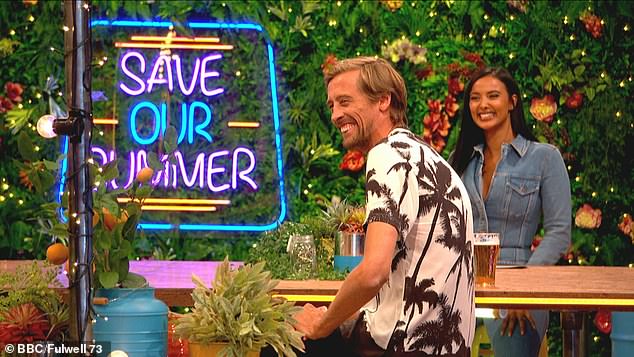 Her earliest memory is of the police knocking on the door of the family home searching for him.

As a youngster, she was taken to visit him in prison so often at the weekends that she thought such a set-up was normal – a family day out.

‘It was only as I got older that I realised my friends’ families weren’t like mine, that they had dads who were around,’ she recalled later. She decided to stop seeing him.

‘He hadn’t been good to my mum – she was struggling, having to do lots of jobs.’ 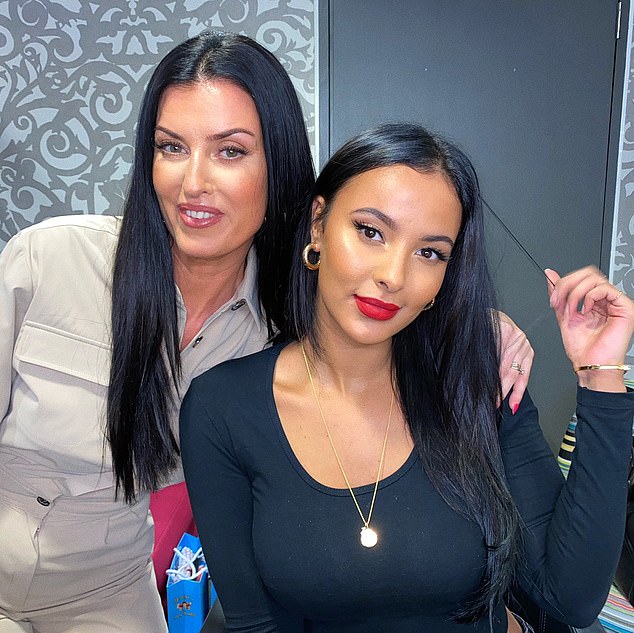 Maya was raised by her half-Swedish mother, Sadie (left), who named her after the US poet and civil rights activist Maya Angelou, while her British-Somalian father was in and out of jail

There were early signs of her resilient spirit according to teachers at Cotham School in Bristol.

Kim Baker, who taught her psychology, said: ‘She was a magnetic person, charismatic and popular.

‘You couldn’t not like her. She had a presence even then. She didn’t exactly always do her homework on time.

‘But she had real determination to do well, real grit. She’s proof that you can do what you really want to if you persevere.’

Towards the end of the lower sixth, she went to stay with a relative in London and decided to apply to colleges there.

It was during that time in 2011 that she met Rico Gordon, 21. They were both in Bristol that July when he was killed.

Footage from Crimewatch shows a tearful Maya describing him as ‘the nicest person I’ve ever met. The person I’d think about when I’d wake up, the last person I’d speak to when I went to bed’.

Recalling the moment he was killed as they talked on the phone, she said: ‘I thought that maybe he’d dropped his phone because I heard a bang… it could have been his phone falling on the floor.’

Anna Gordon, a care worker, described how in the aftermath of her son’s death, Maya went to stay with her at her flat in Notting Hill, west London. ‘I think it was, for both of us, a comfort.’

That September, after moving in with a relative, she started at a London sixth form college. It was here she discovered an event called The Jump Off, described as a ‘melting pot of urban youth culture’, where she learnt how to present.

Her first mainstream TV role was on the ITV game show Cannonball in 2017. In 2018 she became the youngest person to co-host the Mobo music awards, and also became a presenter on Radio 1. 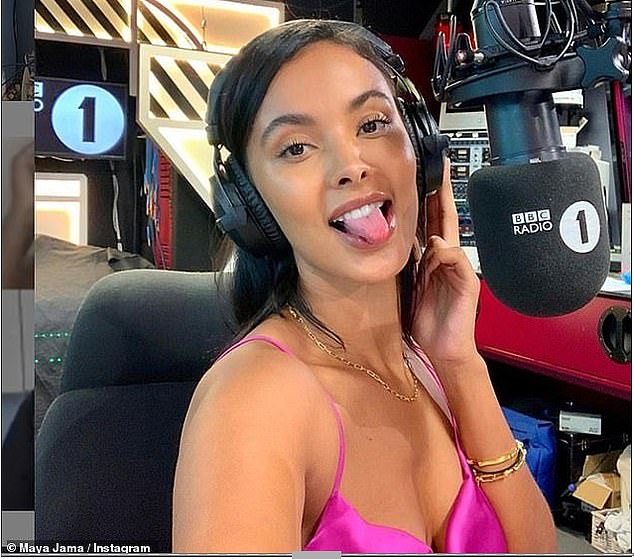 She has been hailed as the ‘new superstar’ of young Britain who is ‘redefining the nation’s cultural currency’.

Deals with brands such as Maybelline and Kurt Geiger, as well as her own fashion line for Pretty Little Thing, increased her fame – as did her four-year relationship with the singer Stormzy. They split last August.

Now Save Our Summer is seeing her become a household name. Anna Gordon said: ‘It’s wonderful to see her achieve so much after something so terrible.’

As Maya puts it herself: ‘Always keep in mind the vision you had at the beginning. Everything will be OK in the end, and if it’s not OK, it’s not the end.’