Books to make you swoon: From forbidden love with a Catholic priest to one of fiction’s greatest romantic heroes, here are 20 of the best books to fall in love with…

The lockdown should be the perfect time to catch up with all those books you’ve always meant to read but never had time for: serious, award-winning tomes, or weighty classics like The Mill On The Floss and Anna Karenina.

But, like many people, I’ve found it hard to concentrate on any high-minded books in the past few weeks: what I want is glorious escapist romance, and lashings of it.

To help you forget your worries, I’ve chosen my top 20 romantic reads. Prepare to fall in love… 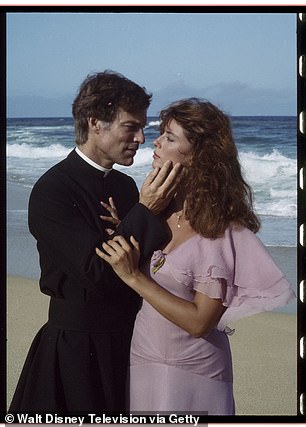 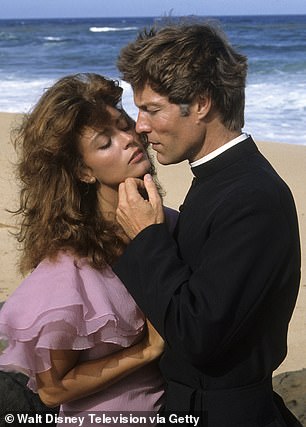 The Pursuit of Love

Inspired by Nancy Mitford’s own famously eccentric family (still a subject of perennial fascination to biographers), this is a delicious soufflé of a book.

First published in 1945, it’s narrated by shy, awkward Fanny and centres on the adventures of her beautiful and hopelessly romantic cousin Linda.

Full of outlandishly funny characters, witty lines, intrigue and genuine heartbreak, The ­Pursuit of Love is a masterpiece. 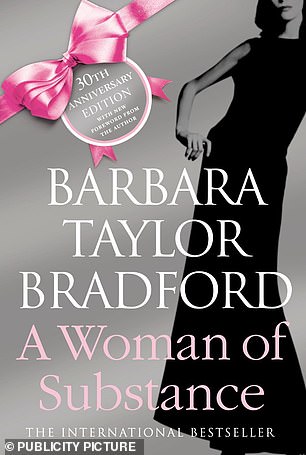 A Woman of Substance

This was Barbara Taylor Bradford’s first novel and has sold over 30 million copies worldwide since its publication in 1979.

Charting the life of the fiercely determined Emma Harte, from her humble beginnings as a servant girl in Yorkshire to her position as head of a multinational company, this is the family saga with everything: betrayal, infidelity, passion, revenge, unrequited love, ungrateful children and a gutsy, tough-as-nails heroine.

Despite its length, you’ll want to devour it in one gulp. 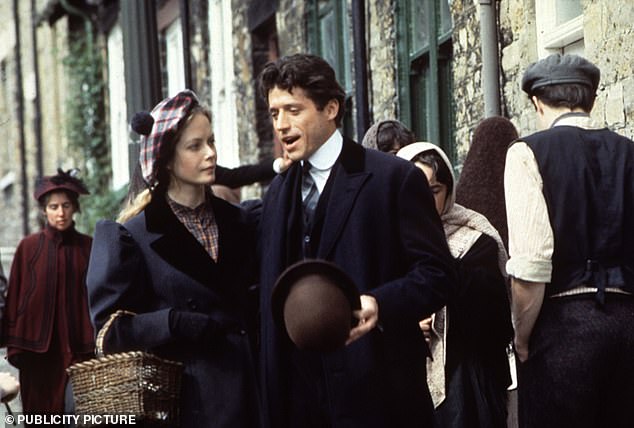 Jenny Seagrove stars in this mini-series based on Barbara Taylor’s Bradford’s best-selling novel, ‘A Woman of Substance’. The story charts the rise of Emma Harte 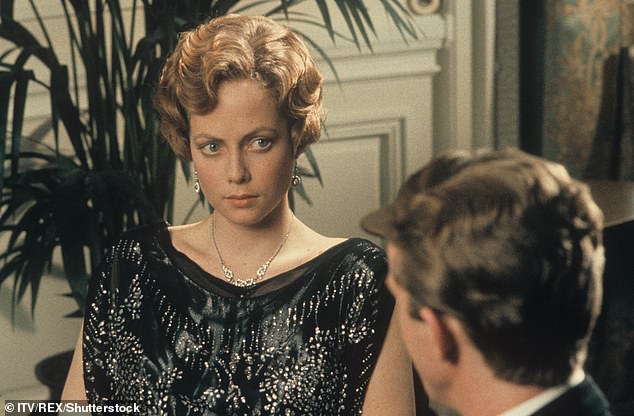 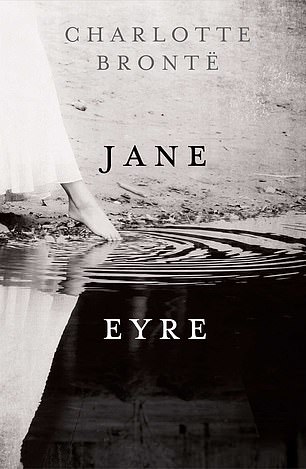 The eponymous heroine of this novel, first published in 1847, is an orphan who describes herself as ‘poor, obscure, plain and little’.

None of this stops her employer, the forbidding Mr Rochester of Thornfield Hall in Yorkshire, from falling in love with her.

Just as they are about to marry, Jane learns the dreadful truth about Mr Rochester’s past and the terrible secret he has been concealing.

One of the most famous and influential romance novels ever written, this is a totally engrossing read. 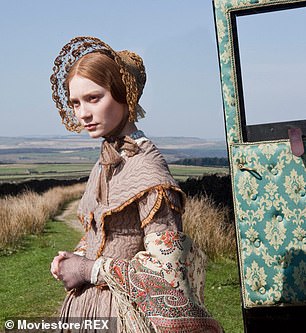 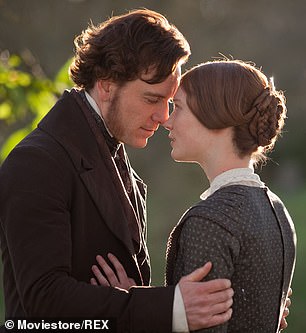 Writer Edie is in love with Jack, but after they are caught in mid-kiss on his wedding day, she is ostracised by her friends and booted out of her job.

Reluctantly, she agrees to ghost-write the autobiography of Elliot, the charmless star of a Game of Thrones-style TV series.

Back home with her father and her magnificently surly sister, Edie is forced to reassess her life and her feelings for Elliot — all while being pursued by paparazzi.

This is a heartwarming book whose characters stay with you long after the end. 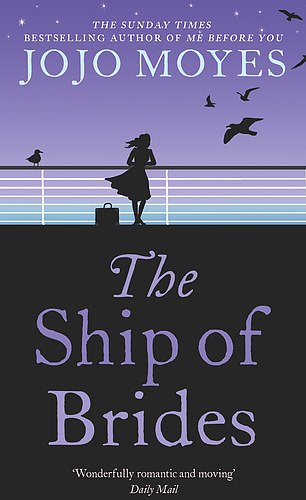 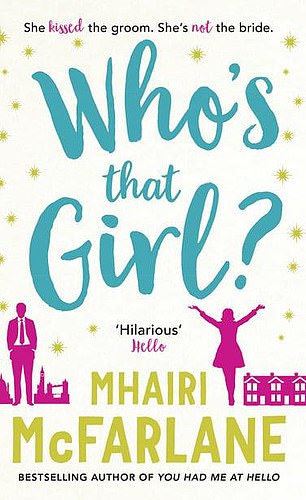 At the end of World War II, hundreds of Australian women who had married British servicemen travelled from their homeland to Britain to be reunited with the husbands they barely knew.

This delightful book follows a group of war brides as they make the six-week voyage towards an uncertain future.

Brimming over with friendship, sadness, humour and romance, as well as several unexpected plot twists, it’s a tremendously satisfying read and (for my money) even better than Jojo Moyes’ blockbuster Me Before You. 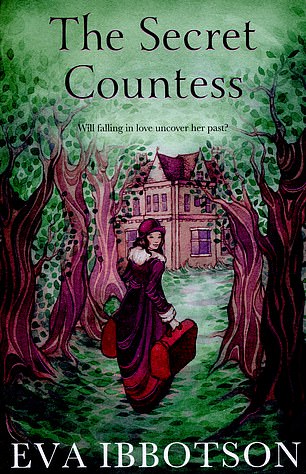 During the Russian Revolution, Anna and her wealthy and distinguished family flee to London and end up penniless, lodging with her old governess.

Determined to save the family, Anna gets a job as a maid in the household of a young aristocrat, who is puzzled by the new housemaid’s lack of domestic skills, her flawless French and her talent at the piano.

Originally called A Countess Below Stairs, this sparkling book avoids all the clichés of the genre.

If you haven’t discovered Eva Ibbotson yet, you’re in for a treat.

Connie is a brilliant mathematician and is used to feeling like a fish out of water around most people.

When she is unexpectedly recruited for her dream job in Cambridge, working on a top secret codebreaking project, she ends up being part of a group of other brilliant nerds, including the very mysterious Luke.

There is more than a touch of sci-fi about this novel, and maths features quite heavily, but please don’t let that put you off. It’s funny, thought-provoking, very original and, above all, a wonderfully poignant story of friendship and romance. 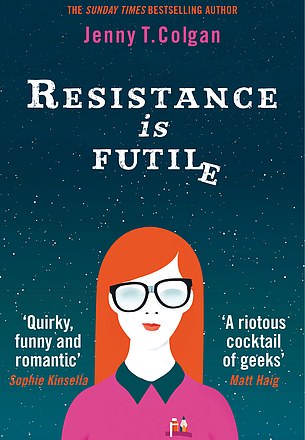 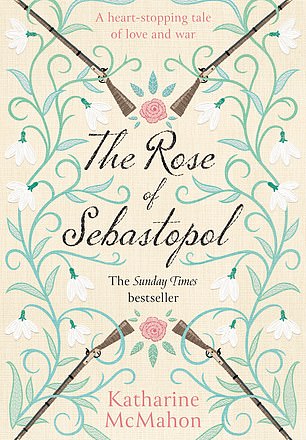 The Rose of Sebastopol

Mariella i s a demure and biddable young woman, happy with sewing and letterwriting, and quite unlike her cousin Rosa, who is determined to defy her family and become one of Florence Nightingale’s nurses on the front line of the Crimean War.

When Rosa suddenly disappears, Mariella sets off to find her.

The layers of this story unfold gradually as Mariella travels towards the besieged city of Sebastopol to discover the truth about Rosa and the man she loves.

This is the best kind of historical fiction, with a searing climax and characters you really believe in. 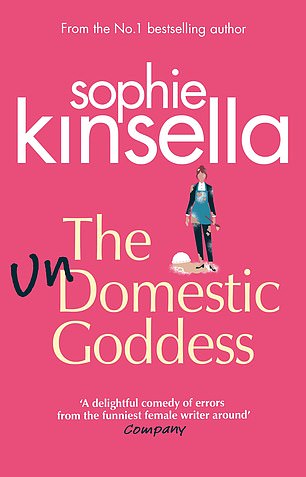 High-powered lawyer Samantha is so consumed by work that she never cooks, cleans or turns on the oven at home: she’s far too busy to waste time on household chores.

After making a catastrophic mistake and losing millions for her firm, she bolts to the countryside and stumbles into a job as a housekeeper and chef.

Can Samantha fool her new employers, not to mention handsome Nathaniel, the gardener?

Will she get her job back and clear her name?

Kinsella is one of the wittiest romcom writers around and this glorious romp is one of her very best. 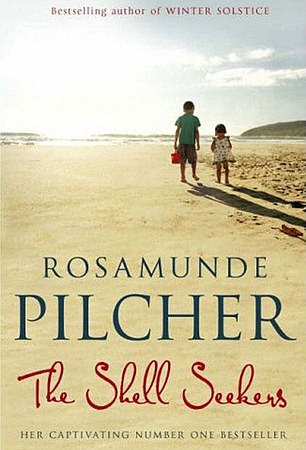 Rosamunde Pilcher had been writing romantic novels for years before this book made her internationally famous.

It traces her bohemian heroine, Penelope, through her life in Cornwall and London, an unhappy wartime marriage and a love affair which she has never got over.

When she discovers that a painting she owns, The Shell Seekers, is worth a fortune, she must make decisions that turn her whole life upside down.

This warm-hearted family saga, beautifully written and expertly paced, is just as satisfying now as when it was first published more than 30 years ago. 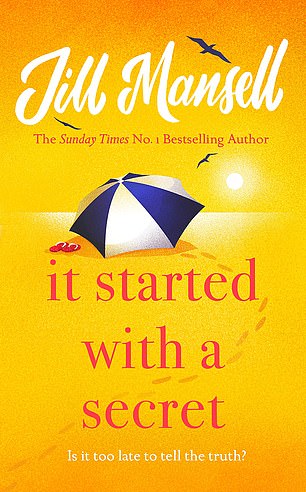 It Started With A Secret

Jill Mansell is the queen of the charming, feel-good contemporary romance, and this is one of her most engaging.

Lainey and her best friend Kit land their dream job as housekeepers in a picture-perfect Cornish village; the only problem is, they aren’t being entirely honest with their employer.

With an endearing and agreeably practical heroine, a square-jawed but sensitive hero, oodles of sea and sun and lots of secrets waiting to tumble out, this is the perfect book to wallow in.

A Gentleman in Moscow

When the dashing Count Rostov is brought before a Bolshevik tribunal in 1922, he fully expects to be shot.

Instead, he is condemned to lifelong house arrest in Moscow’s Metropol Hotel.

This totally original novel follows the count’s life, and that of the staff and residents of the hotel, as he adopts a daughter, falls in love with an enigmatic actress and contrives to live life to the full despite his decades of confinement.

A great deal of Russian history is also subtly woven into this magical book, which is tearjerking but never sentimental, with a quite unexpected and thrilling ending. 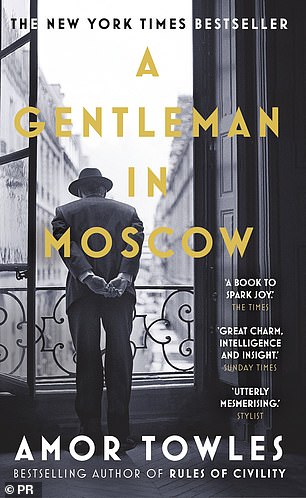 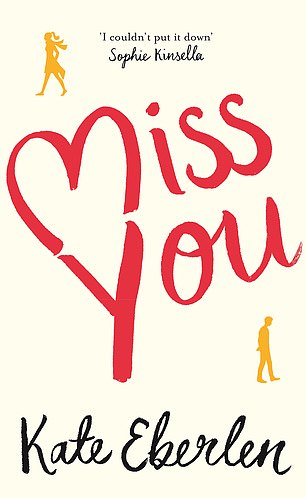 As 18-year-olds, Tess and Gus meet briefly while on holiday in Florence.

They don’t meet again for many years, although they keep crossing paths without recognising each other as they fall in and out of love and cope with family upheavals, heartache, their careers, marriage and children.

When they finally get one more chance to connect, will they seize the moment?

Wonderfully romantic, with more than a sprinkling of sadness and two hugely sympathetic and believable characters at its heart, this book will delight anyone who believes in fate and true love. 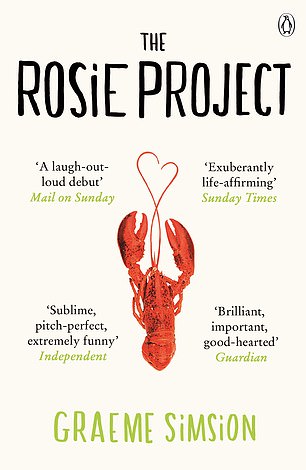 Geneticist Don Tillman is almost 40 and can’t understand why his love life is such a disaster; no woman has ever gone on a second date with him.

Applying his formidable powers of logic to the problem, he launches the Wife Project, a rigorously analytical quest for the ideal romantic partner, complete with a lengthy checklist to identify a potential spouse.

Then he meets Rosie, with whom he is totally incompatible, and his well-ordered world is thrown into chaos.

As well as being delightfully romantic, this is a very funny book and you’ll be laughing out loud at Don’s misadventures. 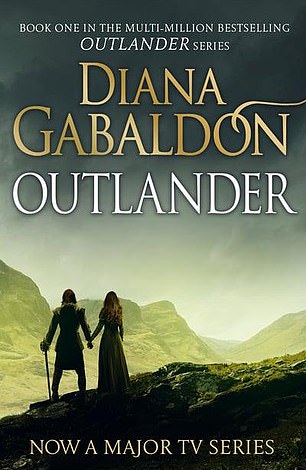 Now adapted as a highly successful TV series, the first novel in the Outlander sequence —originally published as Cross Stitch — introduces Claire Randall, on honeymoon in the Highlands with her husband Frank.

When she inexplicably slips through time from 1946 to 1743, she is captured by Black Jack Randall, her husband’s ancestor, before being saved by a band of outlaws.

The good news is that if you get hooked, there are seven more in the series to read. 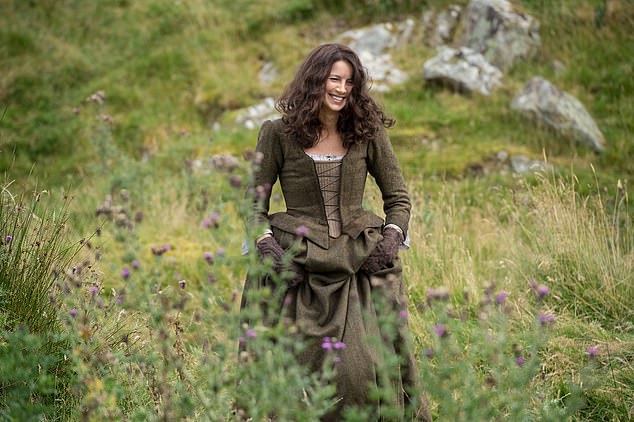 A Tale of Two Cities

Dissolute lawyer Sydney Carton falls head over heels in love with Lucie Manette, whose family has escaped the French Revolution, but there is no safety for them, even in England.

When Lucie’s whole future is at stake, how much will Sydney sacrifice for love? 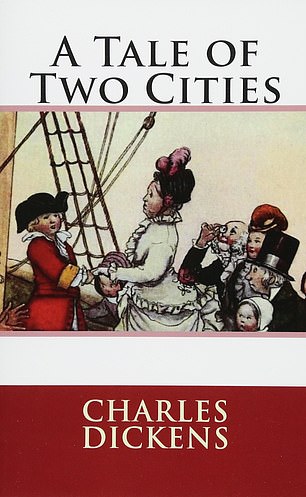 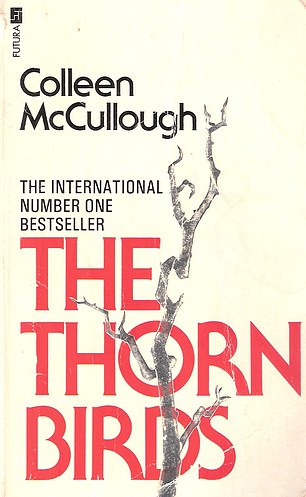 Published in 1977, this was dubbed ‘Australia’s Gone with the Wind’; it was a massive best-seller and became a very successful TV mini-series.

A sprawling family saga which covers three generations, it’s a great book to immerse yourself in.

As Ralph and Meggie struggle with their forbidden love, you’ll be transported to swelteringly hot Drogheda, the sheep station in the Outback which is almost a character in its own right. 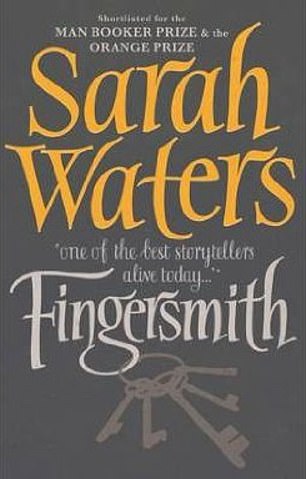 It’s not often you read a book which has such a shocking twist that you find yourself gasping out loud — but this is one of them.

The orphaned Sue Trinder grows up in Victorian London among petty thieves, or fingersmiths, and is unwillingly drawn into an elaborate plot to defraud a young heiress.

As the two women slowly fall in love, Sue must use all her skill and cunning as a thief to try to save them both.

This is a huge roller-coaster of a book, wonderfully researched, full of vivid characters and written with a Dickensian panache. 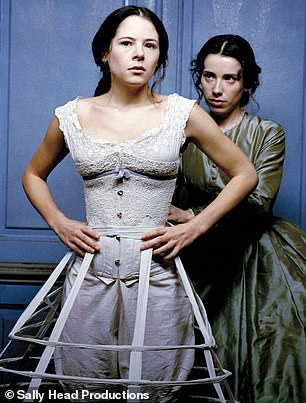 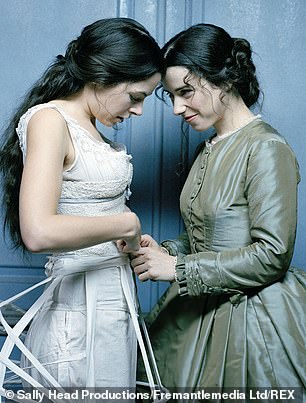 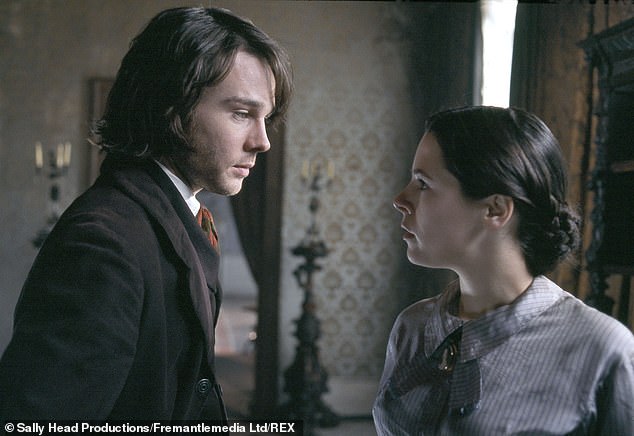 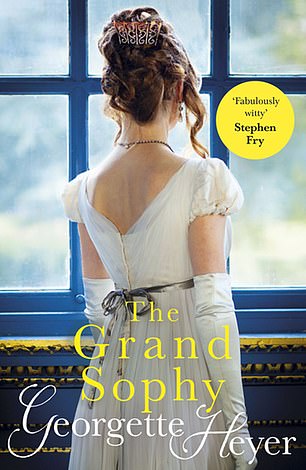 Georgette Heyer’s Regency romances brim with elegance, wit and historical accuracy (you’ll learn a lot about different types of carriage if you read Heyer) and this is one of her finest and most entertaining.

When the spirited Sophy is sent to stay with her aunt and uncle, she realises the household is in a mess and decides it’s up to her to solve everyone’s problems.

Her meddling infuriates her stern cousin Charles, who is determined to get rid of her by marrying her off — until he starts to fall for her himself.

This charming book is escapism of the highest order. 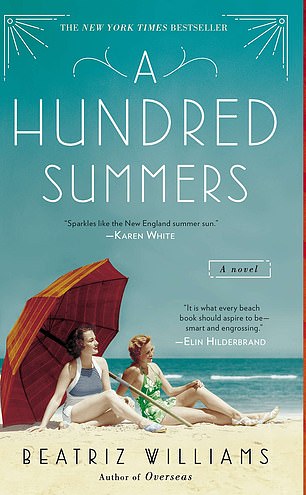 In the early 1930s, Lily Dane and Nick Greenwald fall passionately in love but are separated before they can marry.

Years later, they meet again during one hot summer in Rhode Island, and he’s now married to her best friend.

In a world of country clubs, cocktails and evening gowns, Nick and Lily are thrown together again — and the storm of the century is about to hit.

Williams is wonderful at describing clothes, jewels and houses, as well as her characters’ deepest emotions.