Boozy beauty therapist, 35, who glassed woman in the EYE over her “overtly sexual” dancing is jailed

A BOOZY beauty therapist who “wickedly” glassed a teacher in the EYE over her “overtly sexual” dancing has been caged.

Jennifer Hawkins, 35, was caught on the London pub’s CCTV glassing the face of Faye Evans, 30, “cutting deeply to the bone”, a court heard. 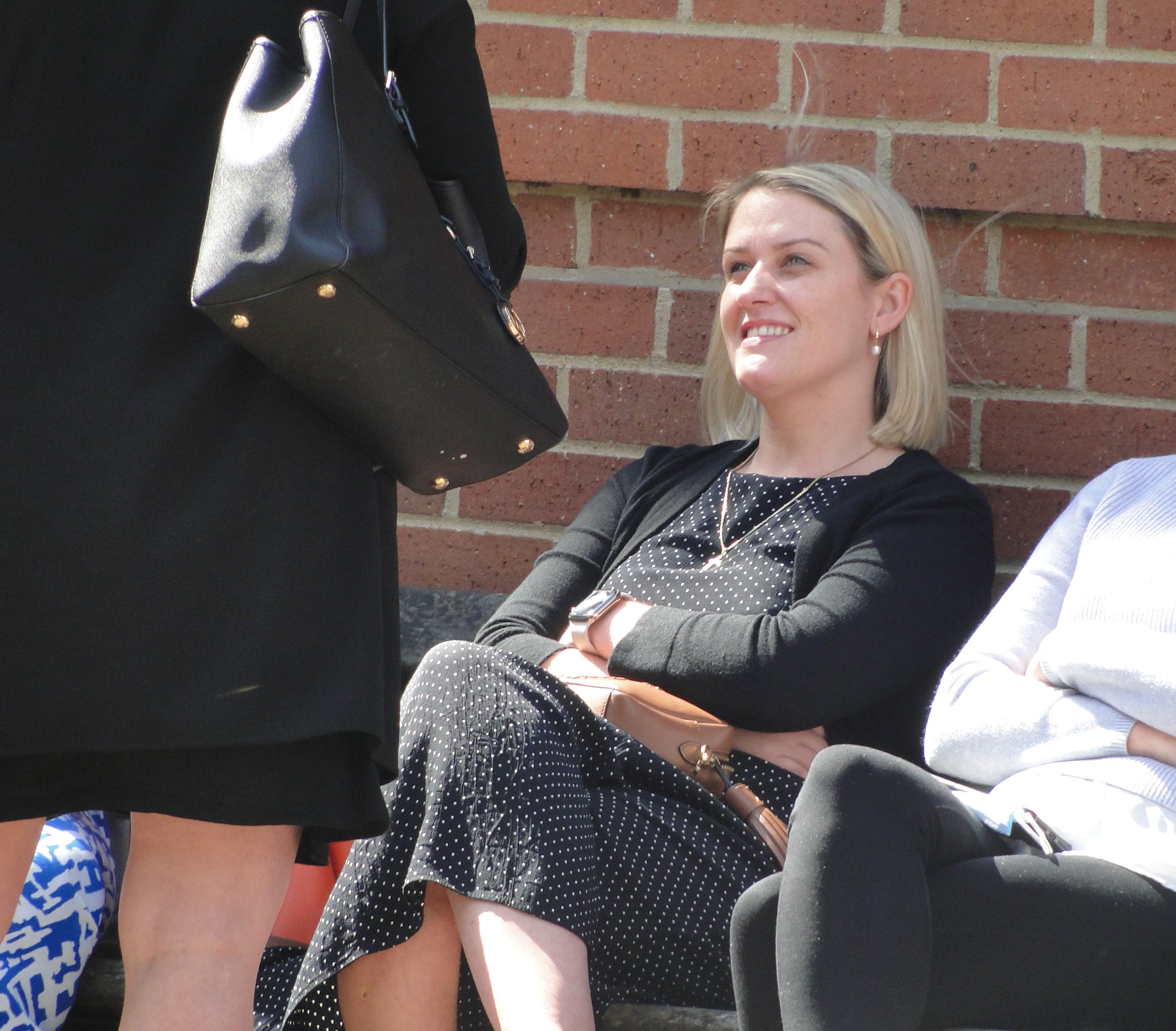 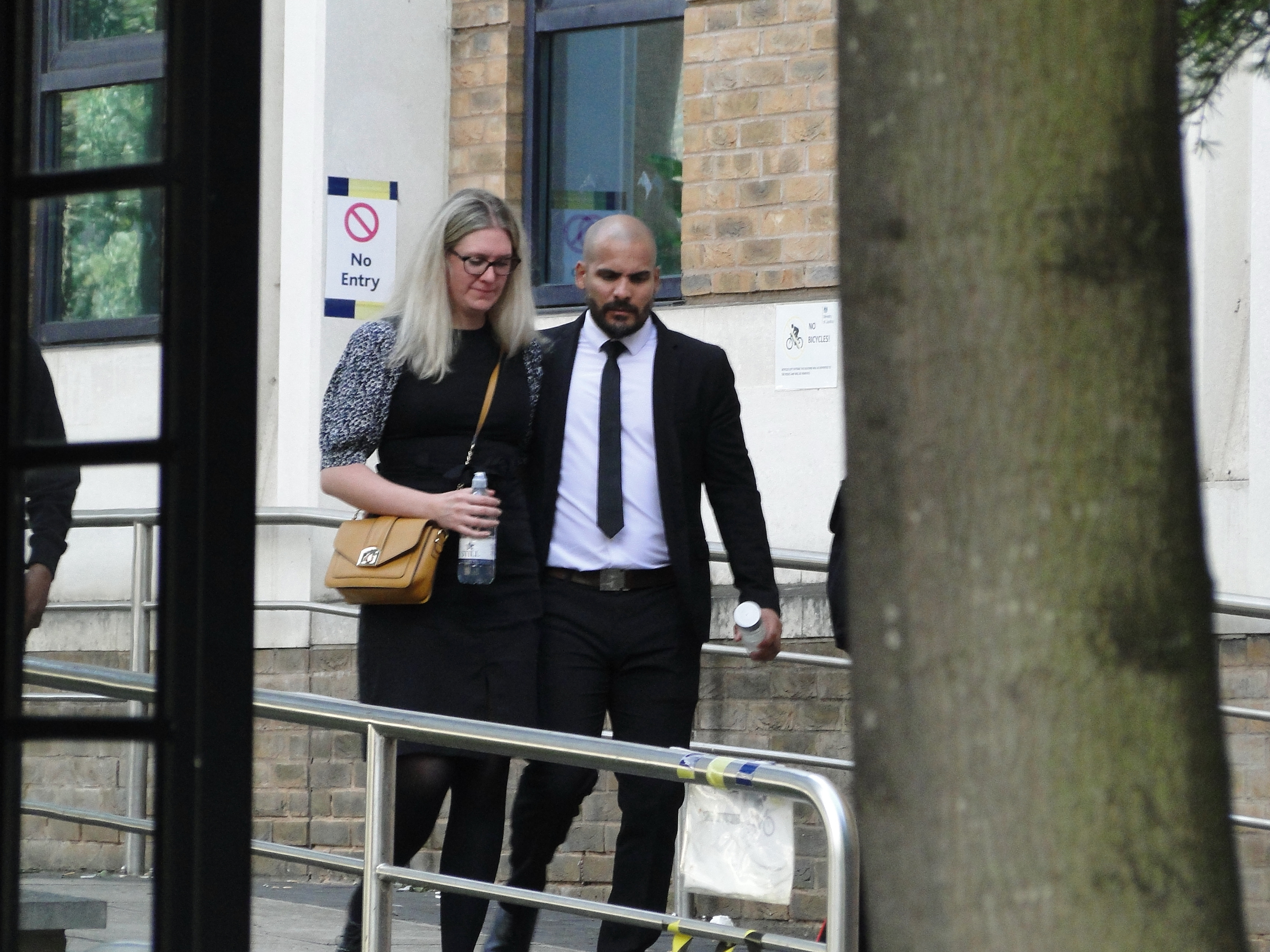 Hawkins was today jailed for three-and-a-half years after being found guilty of grievous bodily harm.

A Kingston-upon-Thames Crown Court jury took just over an hour to unanimously convict the businesswoman of inflicting GBH, with intent, at The Bedford pub, Balham, in the early hours of January 27, 2019.

Recorder Daniel Benjamin told her: "You accepted in your evidence you must be punished because in that moment you formed a wicked intention to cause Faye Evans serious injury and carried through that intent by thrusting a glass into her face.

“That night changed the life of Faye Evans forever as a result of your unlawful actions.

"Glass cut deeply through her nerves and muscles to the bone, leaving numbness even to this week when she was giving evidence.

“Glass debris was left in her cornea and there was a scar through her pupil, resulting in blurred vision.

"She struggles with everyday work and reading and driving, and will have to live with the effects of that night for the rest of her life and so will you.”

Company boss Hawkins, of Raynes Park had already pleaded guilty before the trial to the less serious charge of simply wounding Ms Evans.

The beautician had claimed she was not aware of the glass in her hand as she pushed her victim in the face.

She had already consumed four vodkas and a glass of champagne that night.

Ms Evans denied her dancing was directed towards Hawkins in a sexual manner.

She insisted the moves were from her student days at university.

In a victim impact statement Ms Evans told the court she has suffered “anxiety and panic attacks since the trauma,” plus PTSD.

Ms Evans added: “I will have medical checks for the rest of my life, which I find really hard to deal with.

"After the incident I was emotional and on edge and was paranoid and suffered a loss of confidence, sleep and bad dreams.”

Prosecutor Mr Mark Mullins said: “She was not blinded completely, but when she is not wearing glasses, it is as if she is.”

He also criticised Hawkins’ defence, saying: “She chose to put all the blame for this incident on the victim and that was roundly rejected by the jury and put to the victim her dancing was over sexualised and that ended up detrimentally to the victim in the newspapers.”

It felt like my face had been ripped apart.

During the three-day trial Ms Evans, who was enjoying a night out with a large group of friends, said: “I just remember having a little dance and the next thing I was on the floor and felt blood coming down my face.

“It was like waking up from a dream and there was chaos around me.

"Blood was streaming down my face and going into my mouth and I had to spit it out.

“It felt like my face had been ripped apart and for a long time I could not see out of my left eye.

“I needed stitches for the laceration and they had to check if glass had gone into my head."

She added: "It had cut through a nerve and muscle so the next day I had to go into surgery.

“I was cut through to the bone and still have numbness and a tingly sensation and if I am brushing my hair I get a shooting pain in the forehead.

“They said if it had been in the centre of the pupil I would have gone blind and I have been left with blurred vision.”

After being shown the CCTV footage, Ms Evans added: “It makes me sick when I watch it, sick and disgusted.

“It was such an evil thing to do to someone and has ripped me apart psychologically.”

Hawkins will remain sorry for the rest of her life for that moment.

The defendant claimed the former hockey player was “breathing heavily, smelling of alcohol, drunk and intimidating,” which was denied by Ms Evans – who had drunk three gin and tonics, wine and Sambuca.

She also denied a defence claim she was “taking the Mickey” out of the beautician.

Hawkins was arrested and questioned at Wandsworth Police Station.

The court was told that “she said she was tipsy and that she was dancing when Ms Evans came between her and her friend.

“She said there may have been a bit of jealousy and she did nudge her out of the way and Ms Evan came back towards her and said: ‘f***ing bitch’.

“She said she pushed her out of the way, not noticing she had a glass in her hand.”

Hawkins’ lawyer Jo Hardy asked the court: “How did a thirty-something woman with no history of violence end up here, having caused a catastrophic injury to another woman?

“She will remain sorry for the rest of her life for that moment.”