Bosses face ban on keeping tips: Restaurant and cafe owners could be made to hand over all tips to their staff under proposed new bill

Restaurants, hairdressers and cafes could be forced to hand over all tips to staff under proposals tabled in Parliament.

Several pledges have been made in recent years to stop employers keeping tips from their workers – but legislative action has not materialised.

Tory MP Dean Russell has now proposed a Tips Bill to prohibit this practice with provisions about how the money is divided between employees. 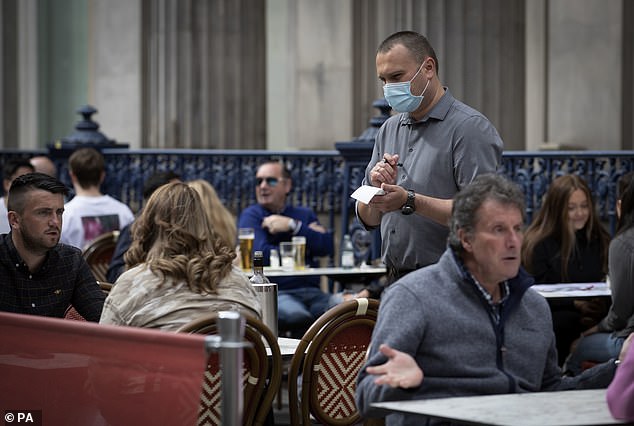 Restaurants, hairdressers and cafes could be forced to hand over all tips to staff under proposals tabled in Parliament (file image)

The Watford MP said: ‘Businesses can’t assume they have got a right to decide what that tip is for.’ In 2018, then prime minister Theresa May announced laws regarding tips but the legislation failed to go ahead.

Boris Johnson said he supports the idea and after the general election in December 2019, the Queen’s Speech incorporated these measures into a proposed Employment Bill but this also did not materialise. The speech in May did not mention tips.

Mr Russell’s Bill will be debated in the Commons on September 10.

It would prohibit employers from retaining tips intended for staff and also enable arrangements to be made about how tips are divided between staff. 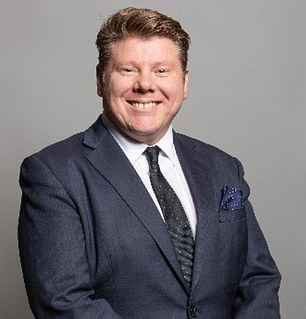 Tory MP Dean Russell, for Watford, (pictured) has proposed a Tips Bill to prohibit employers from keeping tips intended for their employees

Mr Russell added: ‘When we look at the role that many people have when working in bars or restaurants and so on, the tips are often seen as part of the salary in a way – rightly or wrongly.

‘It’s always felt wrong to me that businesses can take the tips that have been given by the customer directly to that individual or to the staff for businesses to go ‘Well, actually, that’s part of the payment for what they’re getting’.’

Mr Russell said there is a need to support the hospitality sector given its struggles during the coronavirus pandemic, and this includes helping staff via a tips guarantee.

He added: ‘So, really, the idea of the Tips Bill was thinking, surely there must be some rule or regulation or law that means that, if someone is given a tip, they either can keep that tip and not hand it to the business, or there’s an agreement on how that tip is shared out – so if there’s a pool of tips, surely there must be an agreement in place that isn’t based on informality.’

He added that the Bill aims to ensure ‘fairness’, noting: ‘I think for most people, when they do leave a tip for someone, they’ve left it for that person or for the staff, not for businesses to take an extra chunk of it.’