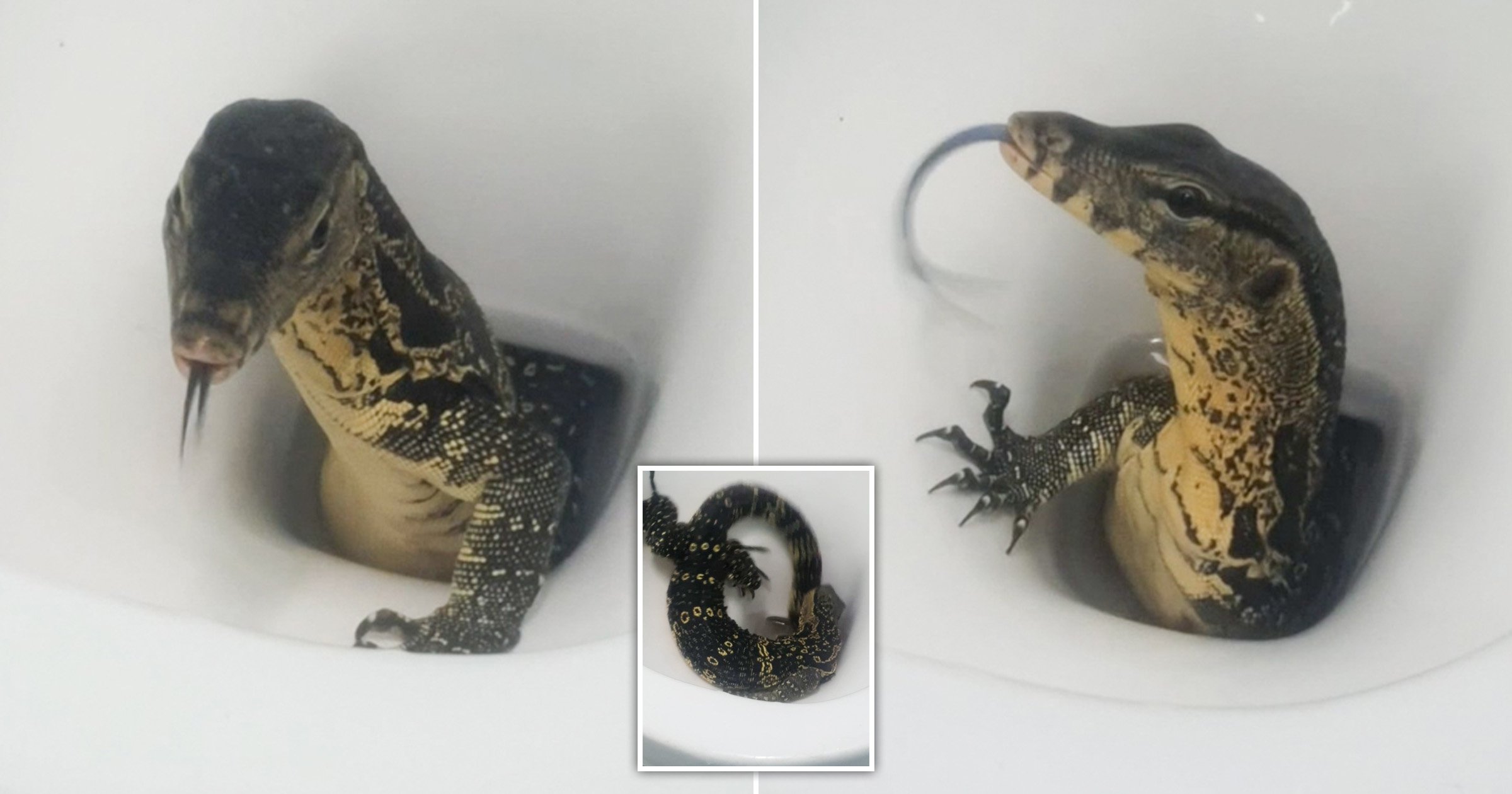 A British tourist was stunned to discover a monitor lizard appear from his toilet while on holiday.

The venomous reptile appeared from around the U-bend in Thailand last week.

Footage shows the tongue-flicking animal emerge through the piping out of the loo, before squeezing its whole body out into the bowl and having a look around.

Jason Kingman from Gravesend, Kent, was horrified when he found the animal staring back at him in Pathum Thani on January 21.

The 37-year-old and his partner Chantima Chairisuk, 45, watched as the creature spent three minutes staring at them before turning around and disappearing back into the abyss.

Jason, who is on holiday, said it was the strangest thing he had ever found in a toilet.

He added: ‘My girlfriend called me and said there was something dirty moving in the toilet. I thought “that’s strange” and I never thought it would be a lizard.

‘I was amazed when I saw what it was.

‘There are many of them living in our garden but this was the first time I’ve ever seen one in our toilet.’

Chantima added that she was about to use the toilet when she spotted a dark figure moving inside it.

She then left her phone on record while calling Jason to check the bizarre object, which later turned out to be an Asian monitor lizard.

Though generally shy, the animals are aggressive when threatened and have a mildly venomous bite which can carry harmful bacteria.

They live in canals and ponds in large cities in Thailand where they feed on fish, snakes and frogs, among other things.

‘I think the monitor lizard was trying to escape, so it hid inside our toilet. It eventually left our home and did not hurt anybody.’

The lizard has not been seen since but may have crawled through the sewers and found a nearby canal.

Get in touch with our news team by emailing us at [email protected].