BRITAIN'S row with Russia has ramped up as the security minister blasted the "completely unacceptable" attempt to steal the UK's coronavirus vaccine.

It comes after it was revealed Russia is behind online attacks to try and steal the vaccine. 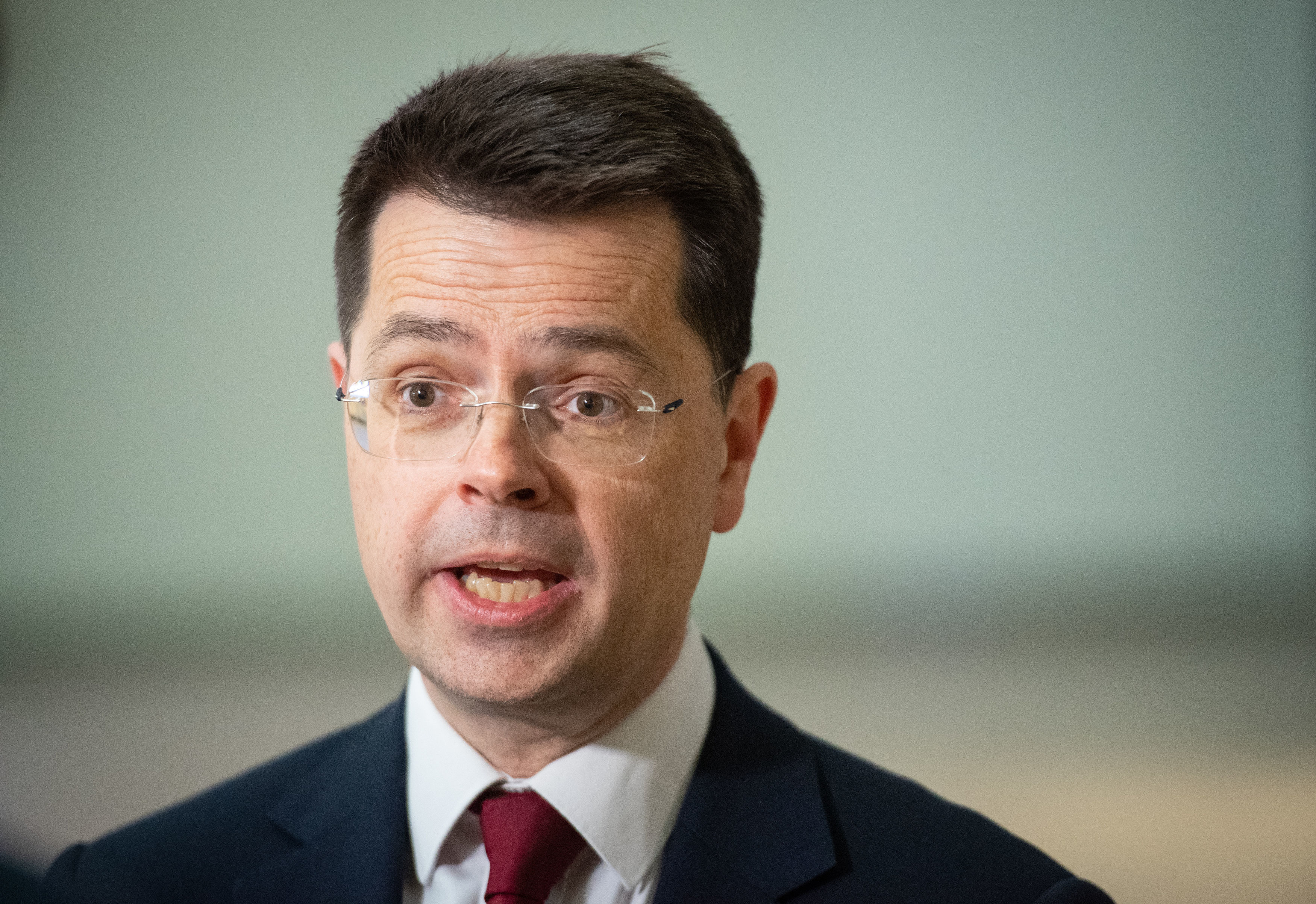 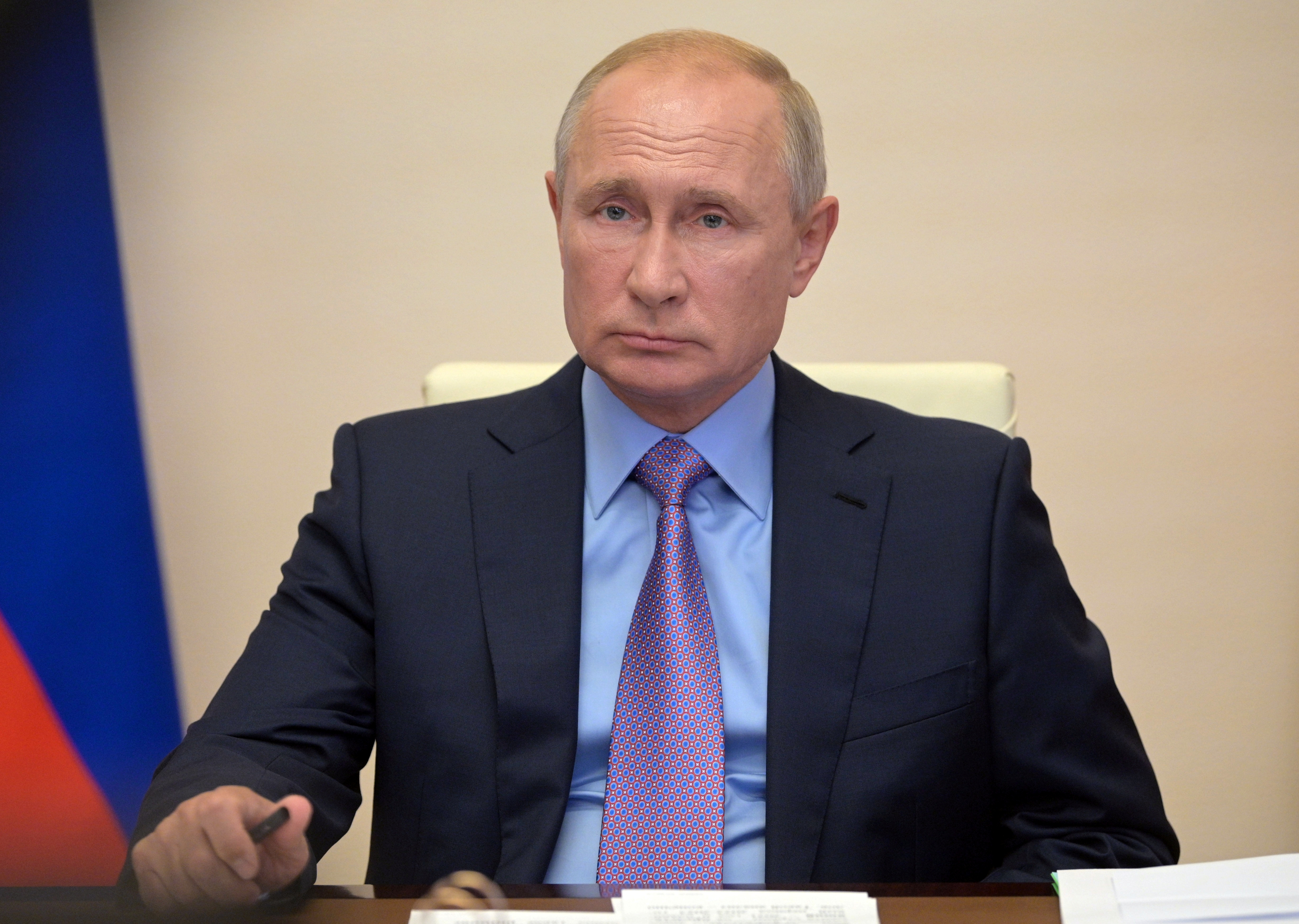 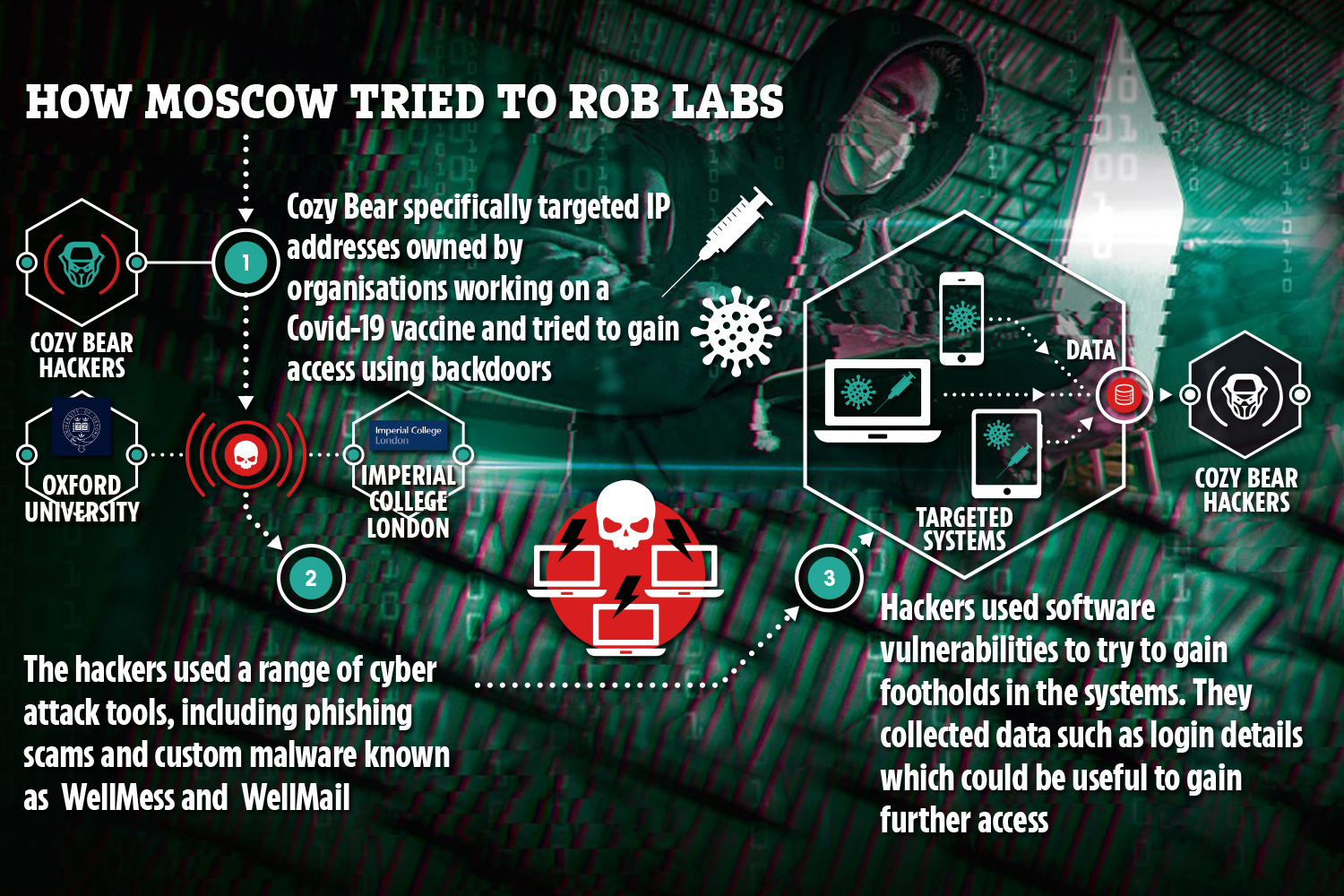 Security Minister James Brokenshire told the BBC the cyber attacks were carried out "with the intent of extracting intellectual property and information".

He said: "Any type of intervention in this way is completely unacceptable too, in terms of our democratic processes."

"This is incredibly serious, it is appalling that any government should act in this way and that's why we have called this out."

Referring to the National Cyber Security Centre, he said: "Their attribution is about 95%-plus in terms of who is responsible."

Mr Brokenshire was speaking after Britain, the United States and Canada accused Russian spies of targeting scientists seeking to develop a coronavirus vaccine.

The UK has been able to point the finger at Russia for the very first time in explosive claims President Putin knew about attacks on Britain's coronavirus vaccine project.

Security sources say the high-tech espionage was ordered “at the highest levels” and possibly by President Putin himself.

One source told The Sun the Kremlin was “terrified of being left behind” in the new Cold War race to find a vaccine.

A joint operation with the US and Canada uncovered a "malicious campaign" to steal information uncovered by Britain's top scientists on coronavirus with targeted attacks since March.

Britain went public with the news alongside the US and Canada to warn the world to ramp up defences against Moscow.

No10 said they believe the attacks came from a group known at APT29 – part of the Russian intelligence service.

The clandestine group of hackers is also known as “the Dukes” or “Cozy Bear”.

The PM's official spokesman said: "The attacks which are taking place against scientists and others doing vital work to combat coronavirus are despicable.

"Working with our allies, we will call out those who seek to do us harm in cyber space and hold them to account."

No10 also confirmed it believes Russia did not order the attacks to wreak discord, but in a brazen bid to steal medical secrets.

Here's what we know about the attacks:

The National Cyber Security Centre have thrown every protection they have at Britain's vaccination projects to keep them safe from attempts to steal information.

British research projects are at the forefront of the effort to find a vaccine with scientists at Oxford University and Imperial University London leading the charge to prevent thousands more from dying.

The first phase of human trials at Oxford University have raced ahead of worldwide projects and shown evidence their experimental jab generates an immune response against the killer virus.

Security has now been increased at the institutes to protect them from the “ongoing” menace. 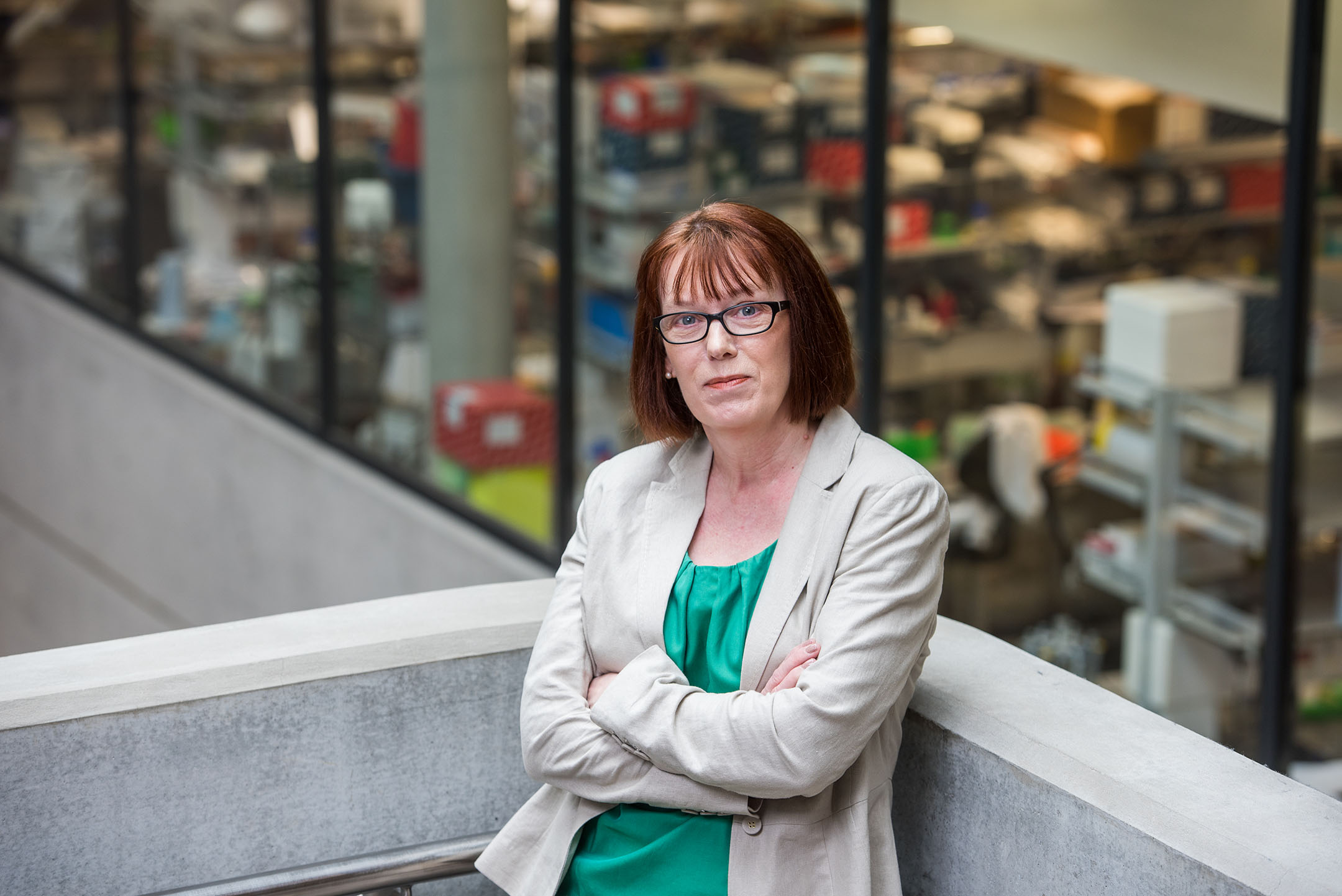 Who are Russian hacker group APT29 or “Cozy bear”?

The group – which are believed to be linked to Russian's intelligence services – were also behind the 2016 hacking of the Pentagon, the Democratic National Committee and several US NGOs.

Cozy Bear – also known as "the Dukes" have been active since at least 2008, according to researchers at Slovak cybersecurity company – who have been tracking the group since 2013.

They've also been dubbed the "Office Monkeys" because of their high-profile attack on the US Government in 2014.

The hackers use email phishing to launch their cyber attacks – and in 2014 passed security malware by using a comedic video of monkeys working in an office.

After disappearing following the 2016 cyber attacks, Cozy Bear made a come back launching a bid to hack customers that work the the US government agencies using similar tactics as their previous campaigns.

The name "the Dukes" comes from one of their primary cyber weapons known as MiniDuke.

NCSC Director of Operations Paul Chichester, said: “We condemn these despicable attacks against those doing vital work to combat the coronavirus pandemic.

“Working with our allies, the NCSC is committed to protecting our most critical assets and our top priority at this time is to protect the health sector.

“We would urge organisations to familiarise themselves with the advice we have published to help defend their networks.”

The shocking revelations show intelligences services believe knowledge of the attacks goes to the highest level of the Kremlin.

But they refused to say if they had succeeded in stealing any major secrets.

The hackers have been trying to break into data held by pharmaceutical companies and research bodies by exploiting well-known vulnerabilities in security software – such as VPN and external mail servers.

Officials warned the threat from Russia goes even deeper than just vaccination efforts.

The group is the same one who were implicated in attacks on the US Democratic Party in the run up to the 2016 election.

Intelligence services also uncovered that Russia tried to meddle in the UK election last year by spreading documents on US and UK trade talks to Jeremy Corbyn. 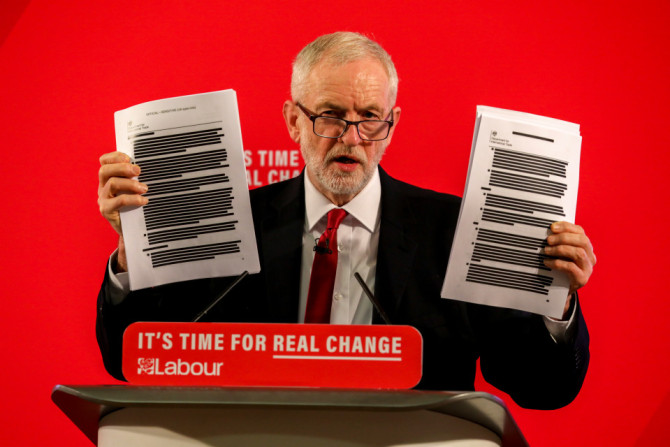 The ex-Labour leader used the leaked documents – claiming the NHS was "up for sale" – in a stunt to try and smear the Tories to try and avoid his disastrous election loss.

But Foreign Secretary Dominic Raab said the leaked documents had been "amplified" by Russian spooks after they were posted on the online forum Reddit.

Russian actors then sought to promote them further and get more media attention to try and interfere in the UK's election, the Government said.

Speaking about the recent attack, Mr Raab said: “It is completely unacceptable that the Russian Intelligence Services are targeting those working to combat the coronavirus pandemic.

"While others pursue their selfish interests with reckless behaviour, the UK and its allies are getting on with the hard work of finding a vaccine and protecting global health.

“The UK will continue to counter those conducting such cyber-attacks, and work with our allies to hold perpetrators to account.”

Labour's Shadow Foreign Secretary Lisa Nandy also blasted the attacks from Russia – a marked change from the party's approach under Jeremy Corbyn's leadership, who refused to condemn Russia for the Salisbury poisonings.

A security source added: “This is espionage not sabotage. They have been trying to steal secrets because they know that a coronavirus vaccine is a game-changer.

"Every country wants it first. Russia wants to know where it should focus its own efforts. They are terrified of getting left behind.

“The fear is that if they can manage to get into laboratories they could do some damage later on or interfere with the research.”

GCHQ boss Jeremy Fleming said in a rare interview at the Cheltenham science festival last month that state spies and criminals would target the vaccination projects.

He said: "We do know that, whether it's states or criminals they are going after things which are sensitive to us.

"So it's a high priority for us to protect the health sector, particularly the race to acquire a vaccine."

He said hackers would look for "pretty basic vulnerabilities" such as "lures to get people to click on the wrong thing… where people aren't backing up properly or whether they've got basic passwords and so on."

How to stay safe from hackers

Medical research organisations working on potential vaccines in the US have also been warned to protect their data against cyber attacks – including those from China.

Bill Evanina, director of the National Counterintelligence and Security Center, told the BBC: "We have been working with our industry and government folk here very closely to ensure they are protecting all the research and data as best they can.

"We have every expectation that foreign intelligence services, to include the Chinese Communist Party, will attempt to obtain what we are making here." 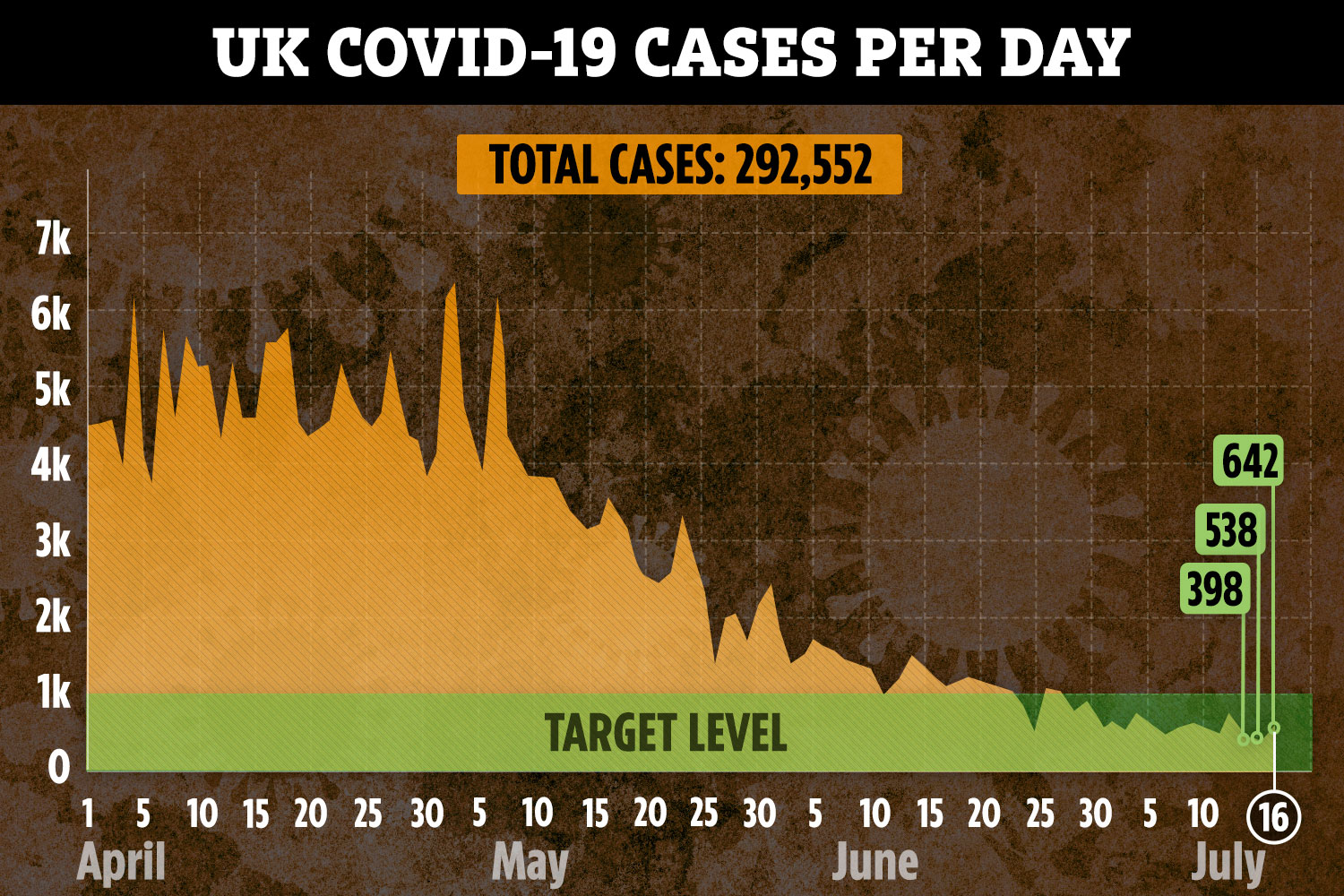 CORONAVIRUS CRISIS – STAY IN THE KNOW

Don’t miss the latest news and figures – and essential advice for you and your family.

To receive The Sun’s Coronavirus newsletter in your inbox every tea time, sign up here.

Get Britain’s best-selling newspaper delivered to your smartphone or tablet each day – find out more.