Britain’s oldest poppy seller has died at the age of 104 after spending nearly 55 years selling poppies for the Royal British Legion.

Walter Randall served in Egypt, Libya and Italy for the Royal Army Service Corp in 1940 during World War Two.

Mr Randall was a well-known figure in his hometown of Leighton Buzzard, Bedfordshire and the Royal British Legion said he had been a ‘remarkable man’ who would be ‘greatly missed’.

The 104-year-old national hero was also known as ‘Wally’ and had been both branch and club chairman for the Legion in Leighton Buzzard. 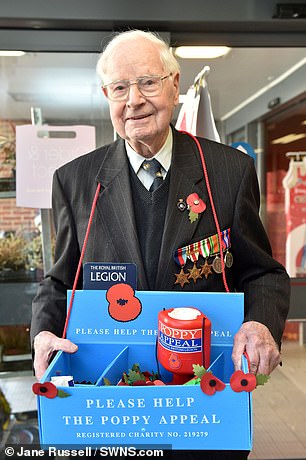 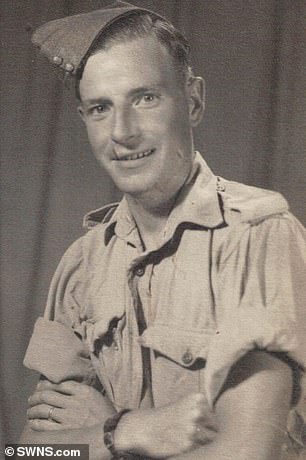 Walter Randall (pictured left selling poppies) has died at the age of 104. He spent 55 years selling poppies for the Royal British Legion. He served during World War Two and is pictured right in his uniform

Leighton-Linslade Town Council mayor Dave Bowater said he was ‘pretty devastated’, and called Mr Randall a ‘wonderful man’, after his death was announced by the Royal British Legion on Wednesday.

Speaking shortly after his 103rd birthday in September 2018, Mr Randall had said: ‘I like to do my little bit to help the heroes, like those on the Invictus Games.

‘I’m going to keep on selling poppies while I’ve still got the energy to do it.

‘My favourite thing about selling poppies is people’s generosity. When someone puts money in but says ‘I’ve already got a poppy’, it’s very gratifying.’

A Royal British Legion spokeswoman said he had been ‘an exceptional ambassador for the legion and the Armed Forces community’.

She said: ‘He was a remarkable man and his service to his country and support for the legion over the years should be highly commended.

‘He will be greatly missed, but not forgotten.’

Mr Bowater said the council would be considering a way of honouring Mr Randall in the town centre.

The veteran soldier was the proud recipient of a lifetime certificate for services to the local branch.

Mr Randall was born in Wing, Buckinghamshire, where he lived until his father, Daniel Randall, a gunner in the Royal Field Artillery, died in the First World War on November 10, 1918 – a day before the end of the war.

His family then moved to Leighton Buzzard to live with his grandparents. 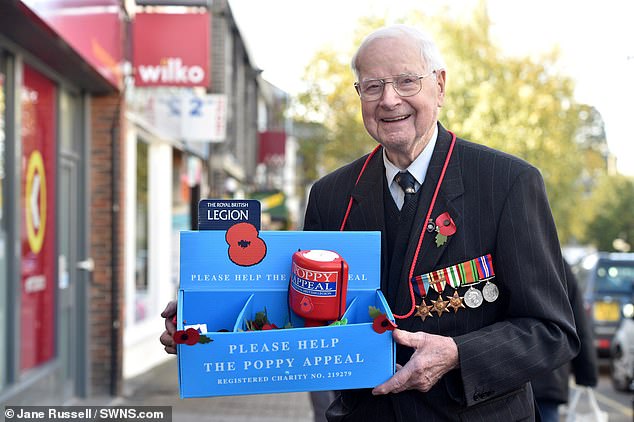